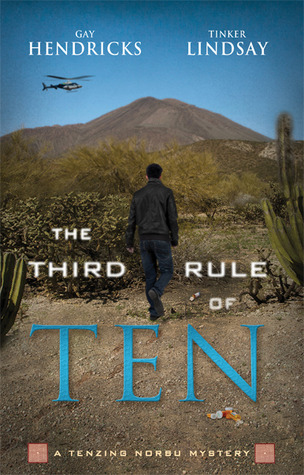 Keep current with the truth: we’re only as weak as our secrets— especially the ones we keep from ourselves. That’s the Third Rule of Ten. As the go-to private detective for a bevy of high-profile clients, our beloved ex-Buddhist monk, ex-LAPD officer, Tenzing �Ten” Norbu, has finally found his stride. With his beautiful pathologist girlfriend, a healthy bank account, and a steady stream of clients, courtesy of middle-aged movie star Mac Gannon and rising political star Bets McMurtry, Ten’s life is bursting with activity. But it’s not all joy and happiness. The death of his father and a growing abundance of secrets—both personal and professional—leave Ten feeling an unexpected depth of sorrow and confusion. Even with the emotional turmoil, nothing can stop Ten from taking the case when McMurtry’s housekeeper goes missing. The investigation leads him down a dangerous path littered with bodies, untraceable prescription drugs, and human organ trafficking. But nothing is as shocking as the realization that the mastermind behind it all is none other than—Chaco Morales, a criminal that slipped through Ten’s hands once already. The Third Rule of Ten will have readers on the edges of their seats, as they learn, along with Ten, that there is a fine line between healthy privacy and unhealthy secrecy. Knowing the difference may just determine whether Ten will stop Chaco or lose himself. 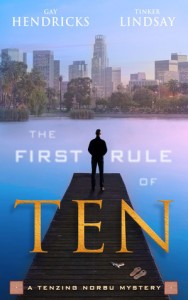 What do you do when you want something different, AND you want a sure thing at the same time? My answer was to go back to a series I really enjoyed but lost track of. I loved both The First Rule of Ten and The Second Rule of Ten when I read them a few years ago, but the series just fell into the “so many books, so little time” conundrum.

But when I saw the eARC of The Fifth Rule of Ten pop up on NetGalley, and having emerged less than satisfied from a few books, I decided it was time to go back to Ten’s Rules, and I’m very glad I did.

Tenzing Norbu is a lot of unusual things. He’s a private investigator, which isn’t all that unusual in mystery fiction. He’s an ex-LAPD cop, also not that odd in this genre. But before either of those things, Ten was a Buddhist monk in Dharamsala India. His training gives him a unique perspective on life in the U.S. in general, and crimes and their solutions in particular. It also gives him a very distinct inner voice.

He screws up every bit as much as the rest of us, he’s just a bit more mindful in the way that he chastises himself about it. And when he completely loses his way, his best friends back at the monastery have ways of contacting him to remind him of just how much he’s screwing up. Particularly since he usually screws himself most of all.

Ten’s third rule is “keep current with the truth: we’re only as weak as our secrets — especially the ones we keep from ourselves.” An awful lot of Ten’s messes in this case result from secrets, both the ones that he is keeping from the people around him, but mostly from the secrets he is attempting (badly) to keep from himself. Along with more than a few that other people are either keeping in general or from him in particular, especially in regards to this messy case.

The case begins with a mysterious call from a former client. And it stays mysterious for a big chunk of the story, until Ten finally glimpses the shadow behind the curtain, and discovers the prime mover of all the recent events.

But in order for Ten to finally bring justice to an old enemy, he must first unravel all of the secrets that surround this case, and uncover all the things that he is keeping from himself.

Escape Rating A-: Even after a three-year break on my part, I discovered that I enjoyed this series just as much as I did when it first came out. I’m not going to let the rest of the series slide back into the towering TBR pile. However, this particular entry in the series reads as a stand alone. For a good chunk of the story, Ten is so much at odds with himself that the influences of his past are obscured, even to him.

Ten’s initial clients are a fading Hollywood icon and a conservative California politician in the Sarah Palin mold. Former A-lister Mac Gannon is clearly intended to be a thinly fictionalized Mel Gibson, complete with his drunken bigoted rants and his chastened sober apologies. Politician Bets McMurtry is a poke at what turns out to be the hypocrisy of Tea Party politics. Bets wants Ten to find her missing housekeeper/companion, an illegal immigrant named Carla Fuentes. Because the Tea Party is adamantly against illegal immigration, Bets can’t involve the police in her search for Carla. She will be damned for aiding and abetting an illegal on the one side, while the IRS goes after her for not paying Social Security for Carla and other taxes on the other side. For Bets, this is a no-win scenario, but she feels duty bound to help the woman who has cared for her all her life.

But Ten’s search for Carla, as difficult as it is to find someone who has perfected the art of staying lost in the shadows of the system for decades, uncovers something much, much bigger. Someone has found a way to use the network of undocumented household help to provide even shadier services to people who are willing to pay large sums of money to cut very big corners. The scary thing about this case isn’t that the criminal enterprise that Ten uncovers is far-fetched, it’s that the heart of it seems all too plausible.

As always, Ten’s feline buddy Tank steals every single one of his scenes, providing Ten with an emotional rock to lean on, and providing the story with a much-needed dose of levity at key points. While Ten may anthropomorphize Tank’s reactions just a bit, it’s not more than any other cat-staffer (Dogs have owners, cats have staff). Tank does not solve crimes. He provides needed emotional ballast for Ten to do the work he must. And occasionally puts Ten in his place. As cats so often do.

Review: A Demon and His Witch by Eve Langlais