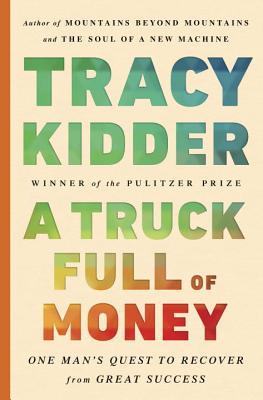 Fortune, mania, genius, philanthropy the bestselling author of Mountains Beyond Mountains gives us the inspiring story of Paul English, the founder of Kayak.com and Lola. Tracy Kidder, the master of the nonfiction narrative (The Baltimore Sun) and author of the bestselling classic The Soul of a New Machine, now tells the story of Paul English, a kinetic and unconventional inventor and entrepreneur, who as a boy rebelled against authority. Growing up in working-class Boston, English discovers a medium for his talents the first time he sees a computer. As a young man, despite suffering from what would eventually be diagnosed as bipolar disorder, he begins his pilgrim s journey through the ups and downs in the brave new world of computers. Relating to the Internet as if it s an extension of his own mind, he discovers that he has a talent for conceiving innovative enterprises and building teams that can develop them, becoming a Pied Piper of geeks. His innovative management style, success, and innate sense of fair play inspire intense loyalty. Early on, one colleague observes: Someday this boy s going to get hit by a truck full of money, and I m going to be standing beside him. Yet when English does indeed make a fortune, when the travel website Kayak is sold for almost two billion dollars the first thing he thinks about is how to give the money away: What else would you do with it? The second thing he thinks is, What s next? With the power of a consummate storyteller, Tracy Kidder casts a fresh, critical, and often humorous eye on the way new ideas and new money are reshaping our culture and the world. A Truck Full of Money is a mesmerizing portrait of an irresistibly endearing man who is indefatigable, original, and as unpredictable as America itself. 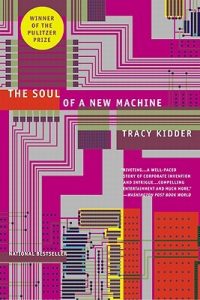 The first book of Tracy Kidder’s that I ever read was The Soul of a New Machine, an inside look at the development of a new 32-bit minicomputer at Data General in the late 1970s. In internet years, that feels like several centuries ago.

The universe of computing, and the universe of the ways in which our lives are impacted by computers and related technology, has changed immeasurably since that “soul” was put into that “new machine”. But those giants at Data General are to a significant extent the ones whose shoulders the subject of this new book stand. As is Tim Berners-Lee, the inventor of the world wide web in 1989.

Without the evolution in computer technology that took us from computers that filled rooms to what were then called minicomputers because they were considerably smaller than that to the PC revolution to the Internet, our world would be immeasurably different. So, just as The Soul of a New Machine was the story of a group of people who helped build the revolution, A Truck Full of Money is about the soul of the new tech economy, as seen through the eyes of a man who is one of its avatars, and one of its success stories.

The story follows the career of Paul M. English, the creator of numerous companies throughout the internet age, including Boston Light, the very successful Kayak.com and his current company, Lola Travel. English has a knack for not just having a great idea for a company, but building a team that can carry it through to success, and subsequent sale for “a truck full of money” to someone else. And then he starts all over again.

Not every one of his ideas succeeds. But the ones that do, really, really do. Like Kayak.com.

The author uses English’s biography to tell his story, making it both a look into the tech economy of start-ups, venture capital and failing frequently, often and hopefully upwards as well as the biography of one individual who has been mostly successful in that environment.

English himself is a fascinating character to watch, from his beginnings in working-class Boston in the 1970s to his hyper success in nearly every decade afterwards – interspersed not just with a series of failures but also with his coping with, and sometimes failing to cope with, a bipolar disorder that causes episodes of hypomania. Sometimes the black dog of depression bites hard, but more often the demons of hypomania gave English incredible amounts of energy and very little ability to process the rapid firing of his brain or the people that he needed to carry out any of his visions.

And in the middle of all of his success, his desire to help people. Not just on the intimate scale of taking care of the people who are close to him, but in the broader humanitarian goal of helping with several crises around the world, particularly in Haiti and in his Boston hometown.

Escape Rating B-: A Truck Full of Money is an interesting book, but it didn’t grab me as much as I remember The Soul of a New Machine did when I listened to it sometime in the 1990s. Admittedly, a long time ago.

One issue is that A Truck Full of Money isn’t told in a linear fashion. Each of the vignettes is interesting, but the coherent whole doesn’t emerge. Thinking about it, the non-linearity probably reflects the subject, who, when he is on, sparks ideas in multiple directions simultaneously.

We also don’t see much of the subject’s relationships with colleagues and family, except on a superficial level. The characters in this biography seem to brought on to show their function in the work rather than their place in the life. This may be a reflection of what these relationships actually are, but it feels a bit hollow.

We see a lot more of the what than the why.

While this isn’t a book about bipolar disorder, there is more depth in dealing with this part of the subject’s life than anything else that hits close to the bone.

One of the most interesting parts is seeing the way that this economy, which has powered so much of the development of the technology sector, really works. The way that venture capitalists deal with fledgling businesses, and the how and why of where their funding comes from and how they decide what to do with it, explains a lot about the way things work now.

If you’ve ever worked for a company that was bought by venture capital firms, or in an industry that is dominated by such firms, that part is fascinating.

All in all, A Truck Full of Money makes an interesting and readable bookend to The Soul of a New Machine. In a strange way, that feels like the beginning of a story, and this one feels like, not the end, but maybe the end of its middle. 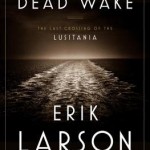 Review: Dead Wake: the Last Crossing of the Lusitania by Erik Larson
Review: I Own the Dawn by M.L. Buchman 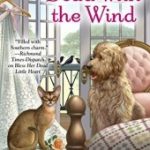 Review: Dead with the Wind by Miranda James