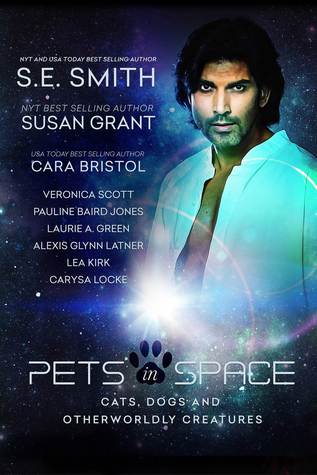 Even an alien needs a pet…Join the adventure as nine pet loving sci-fi romance authors take you out of this world and pull you into their action-packed stories filled with suspense, laughter, and romance. The alien pets have an agenda that will capture the hearts of those they touch. Follow along as they work side by side to help stop a genetically-engineered creature from destroying the Earth to finding a lost dragon; life is never the same after their pets decide to get involved. Can the animals win the day or will the stars shine just a little less brightly?New York Times, USA TODAY, Award Winning, and Bestselling authors have nine original, never-released stories that will capture your imagination and help a worthy charity. Come join us as we take you on nine amazing adventures that will change the way you look at your pet!
10% of profits from the first month go to Hero-Dogs.org. Hero Dogs raises and trains service dogs and places them free of charge with US Veterans to improve quality of life and restore independence.

If you enjoy science fiction romance, with or without the addition of adorable animals (and other creatures), Pets in Space is a marvelous collection.

It’s also a marvelously big collection. With one notable exception, the stories here are all novellas and novelettes. They are as big and as expansive as science fiction and science fiction romance themselves. And the stories run the gamut from alien invasions to spaceship stowaways, and everything in between.

I’ll confess right now that I didn’t manage to read the entire collection. I’m saving a few for nights when I need a little pick-me-up of a story to take me away from life, the real universe and the 2016 Presidential Election. But the ones I did read I absolutely loved. And while I also confess that I went looking for the cat stories first, everything I read was wonderful.

My two favorite stories in the collection are A Mate for Matrix by S.E. Smith and Spike by Alexis Glynn Latner.

A Mate for Matrix had me laughing out loud at lots of points. It begins as a story of partnership. Matrix Roma and his partner K-Nine are members of the Zion military’s elite Cyborg Protection Unit. While the mostly human Matrix has been enhanced a bit, his partner K-Nine has been enhanced a lot from his biological origin as a Wolf/Canine hybrid. K-Nine has lots of enhanced sensors, a reinforced frame, and enough intelligence to speak and use all kinds of tools. Which doesn’t stop K-Nine from chasing a squirrel on their mission to hunt down the genetically engineered Crawler – an intelligent hybrid that plans to colonize and consume Earth.

K-Nine’s squirrel chase ends the way all too many such chases do, bouncing off the grill of a speeding truck. But unlike most terrestrial canines, the cyborg K-Nine survives and finds himself in the care of a vet tech with a lot of love to give to three tiny kittens, the great big K-Nine, and maybe even K-Nine’s reluctant human partner.

But when Matrix first finds his missing companion, he makes all sorts of mistaken assumptions about K-Nine’s current situation. The point where Matrix identified the three tiny kittens as explosive charges had me rolling on the floor. Because kittens ARE explosive charges – at least until they get hit by a nap attack!

The love story is fast but sweet, especially since Matrix falls for Jana, and K-Nine falls for the little furballs that Jana has adopted. In the end K-Nine gets everything he wanted. This is a terrific story and I’m looking forward to finding more by this author.

My other favorite story in the book is Spike by Alexis Glynn Latner, the only true short story in the collection. I wasn’t sure I’d have time to fit this one in, but I’m so glad I did.

This one is just plain adorkable. I think it would also be a terrific story to introduce lovers of young adult and new adult romance to SFR. This is a spaceship based story, set on a ship that escaped a dying earth and is now looking for a home. The hero is a young engineer with a bent for miniaturized robotics. His pets in this story are the cluster of tiny robots that he has lovingly built with his own hands. His “kaleidoscope of flutterbys” can do scanning, sampling, analysis and exploration independently. They are adorable but also very effective. When the ship’s captain discovers that sabotage is wrecking the new ships that are being built, she puts Ten Jaxdown and his tiny robots to work to find the saboteurs, with the help of Stasia Steed and her even more unusual pet – a telfer – a collection of intelligent sparks. In the process of getting her telfer to work with his flutterbys, Ten and Stasia save the mission and find each other.

There is one other cat story in this collection, Star Cruise: Stowaway, set in the universe that Veronica Scott has created aboard the Nebula Dream and her crew of military veterans turned cruise ship operators. It was lovely to revisit that world in the company of Monty and Midorri. There are several other dog stories, and even one with a Komodo Dragon! While the animals in each story do provide more than a bit of comic belief, they also adore their humans and help get whatever job needs doing done.

Escape Rating A-: If you enjoy romances that include an animal companion, or if you just love SFR, this collection is a sweet and spaceworthy treat! 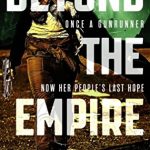 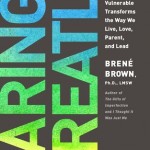 One thought on “Review: Pets in Space by S.E. Smith and more”