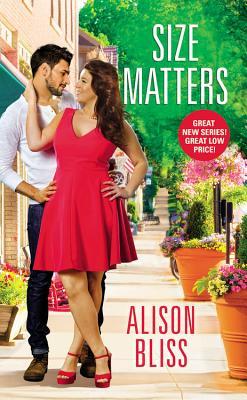 The rules of (fake) engagement . . .Leah Martin has spent her life trying to avoid temptation. But she's sick of low-fat snacks, counting calories, and her hyper-critical mom. Fortunately, her popular new bakery keeps her good and distracted. But there aren't enough éclairs in the world to distract Leah from the hotness that is Sam Cooper - or the fact that he just told her mother that they're engaged . . . which is a big, fat lie.
Sam sometime speaks before he thinks. So what started out as defending Leah's date-ability to her judgmental mother soon turned into having a fiancee! Now the plan is to keep up the fake engagement, stay "just friends," and make Leah's family loathe him enough to just call the whole thing off . But Sam has an insatiable sweet tooth, not only for Leah's decadent desserts but her decadent curves. Her full lips. Her bright green eyes. Yep, things aren't going quite according to plan. Now Sam has to convince Leah that he's for real . . . before their little lie turns into one big, sweet disaster.

This story may be the longest misunderstandammit ever. But it works. Mostly.

Sam and Leah spend most of this story talking past each other, and even past the best parts of their own selves. And they are stuck in a situation where just asking for what the other person meant just isn’t gonna happen.

It’s not exactly a meet cute. Sam and his friend Max meet Leah and her friend Valerie at one of the local dives. Max wants to hit on Valerie, and asks Sam to keep Leah occupied while he dances with her friend and tries to talk her into a whole lot more.

But Max and Valerie are not the couple who end up going home together. Just not in the way that anyone expected.

Leah is not exactly a size 2. She’s may be bigger than average, which in the US these days is more like a size 14 or 16 than anywhere near a size 2. She never actually says what size she wears, and that’s really not the point. The point is that Leah has absolutely terrible body-image problems. It’s not just that society keeps pushing the stick-thin model as the ideal, but that Leah’s conventional and uptight mother picks at Leah about her weight every single minute every time she’s with her family. Oh, and her ex-fiance broke up with her in favor of a Barbie-doll Leah calls Miss Anorexia.

Her mother’s harping and carping would be enough to give ANYONE a complex of one kind or another.

So when Sam starts dancing with her at the bar, and then blows hot and cold in turns, Leah is just sure it’s all about her size. Sam, on the other hand, finds her curvy body incredibly hot. But he’s decided to take a break from relationships after his last girlfriend got more than a bit psycho.

It really isn’t her, it’s him. But he’s such a complete doofus about it that Leah easily slips into her go-to response, that the problem is all her. That there’s just too much of her. So she tries to drink away her pain and Sam ends up taking her home.

The problem is that Sam really likes Leah, and also seriously has the hots for her. He just keeps telling himself that he doesn’t and that he shouldn’t. But his inner conflict means that every time they run into each other, he puts both his feet in his mouth up to the knees, and gets both of them further and further into hot water.

And that’s how their fake engagement comes about. He keeps saying he’ll help Leah find a halfway graceful way to end it, but every time he thinks he’s going to try, he just lands them both deeper in the soup. And he keeps hurting Leah over and over, which is the last thing he wants to do.

It takes a big man to admit he’s made a terrible mistake. Especially when he keeps making it over and over. And over. It’s time for Sam to finally tell his head to STFU, and listen to his heart. Before he breaks Leah’s.

Escape Rating B: Misunderstandammits don’t normally work for me. This one pretty much did, because it’s not so much about the heroine and hero not listening to each other as the hero and heroine (particularly the hero) not listening to themselves. It’s difficult to be upfront with another person when you’re that messed up inside.

I liked Sam, but I felt for Leah. Those messages that a woman can never be too thin (or too rich) are very hard for all of us to ignore. We’ve all told ourselves the same terrible self-talk messages that often spout out of Leah’s mother, or in her own head. But the way that her mother constantly cut her down, not just in private but also in public, made my blood boil. When Leah finally tells her to stuff it, I wanted to stand up and cheer for her. Even if the book didn’t end in a romantic HEA, that scene made the story for me. By that point I was beyond sick and tired of her mother’s crap, and it needed to end. As much as I felt for Leah in this regard, the vicious backbiting went on far too long.

The fake engagement trope is always a fun one to play with. This time was a bit different. Yes, the fake fiances turn the fake into real, as expected. But before the end, Leah was the one who stood with her head held high, and Sam was the one who had to seriously grovel to make up for his many, many shortcomings. There are too many romances where the hero is forgiven everything with very little effort on his part. Sam grovels both sufficiently and well. As he should.