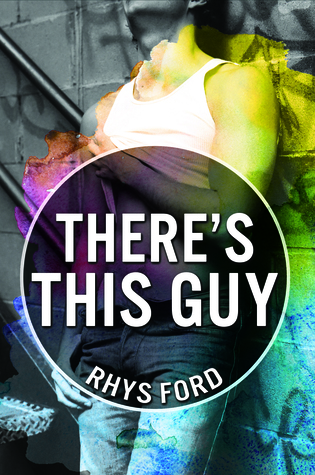 How do you save a drowning man when that drowning man is you?
Jake Moore’s world fits too tightly around him. Every penny he makes as a welder goes to care for his dying father, an abusive, controlling man who’s the only family Jake has left. Because of a promise to his dead mother, Jake resists his desire for other men, but it leaves him consumed by darkness.
It takes all of Dallas Yates’s imagination to see the possibilities in the fatigued Art Deco building on the WeHo’s outskirts, but what seals the deal is a shy smile from the handsome metal worker across the street. Their friendship deepens while Dallas peels back the hardened layers strangling Jake’s soul. It’s easy to love the artistic, sweet man hidden behind Jake’s shattered exterior, but Dallas knows Jake needs to first learn to love himself.
When Jake’s world crumbles, he reaches for Dallas, the man he’s learned to lean on. It’s only a matter of time before he’s left to drift in a life he never wanted to lead and while he wants more, Jake’s past haunts him, making him doubt he’s worth the love Dallas is so desperate to give him.

No one gets shot at. Or the equivalent. Which makes this a first among this author’s books, at least for this reader.

Unlike any of her other series, particularly the awesome Cole McGinnis series and the equally marvelous Sinners series, There’s This Guy is not romantic suspense. Nor does it have the paranormal element of Hellsinger or the urban fantasy element of Kai Gracen. Even Half Moon Bay has the potential for a higher body count than this story.

And it felt like I was missing something, or the book was. I kind of liked There’s This Guy, but the lack of danger and/or suspense meant that for this reader, at least, it lacked the spice that makes all of the author’s other series so compelling.

I liked these guys, and all of the characters except the obvious one you’re not supposed to like (and for excellent reasons), but I didn’t get that strapped-to-my-seat-need-to turn-the-next-page-to-see-if-or-how-they-managed-to-escape-whatever-desperate-danger-their-author-had-just-dropped-them-into-this-time feeling that I expect from the author’s work.

Because that element just isn’t there. And I missed it. A lot.

Escape Rating C: This story is a very slow-burn romance with a whole lot of hurt/comfort/angst stirred into it. The characters, particularly Jake, start the book in a very, very dark place, and it takes a long time and a lot of patience, friendship and love for him to begin to see much daylight in his world.

That the relationship is therefore a slow-build romance makes sense. But Jake is coming from such a dark place that his initial, early and middle angst is very, very hard to read. I wanted to reach through the book and give him a hug. Frequently. Since I couldn’t, I let Dallas, and occasionally Celeste, do it for me.

But there is just so much dark, and so much peering into that dark. The story felt like mostly exploration of that darkness for a long time, without much actually happening. It might have worked better for this reader, as a story, if we’d seen a bit more of the rehab of the club. Or at least more external events to tie all the difficult introspection together.

Along with a bit less of what felt like overly purple prose, although your reading mileage may vary on that.

In the end, this one felt a bit too long, as though the author padded a novella out to novel length with all that purple prose. While there is a happy ending, it’s a long, hard slog to get there, not dissimilar to Jake’s long, dark night of the soul to finally find daylight. I’m happy for the happy ending. While I’m sure that slogging through the angst was worth it for the characters, I’m much less sure about it being worth it for their readers.

This was a book I really, really wanted to love. But I just didn’t. 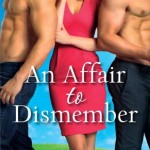 Review: An Affair to Dismember by Elise Sax 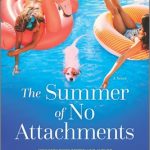