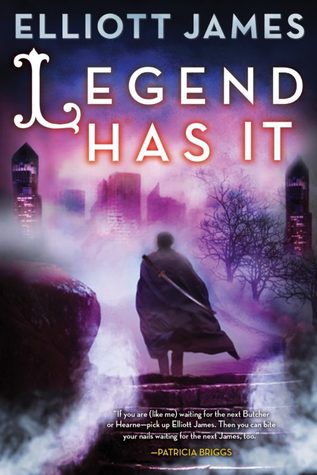 For John Charming, living the dream just became a nightmare.
Someone, somewhere, is reading a magic book that is reading them right back. Real life is becoming a fairytale: high school students are turning, quite literally, into zombies, subway workers into dwarves, drug addicts into vampires.
John Charming and his motley band of monster hunters are racing to find the villain of this story, following the yellow brick road through a not so wonderful wonderland. And if they can’t find Reader Zero before the book is closed, there won’t be a happily ever after again.

The snark is strong with this one. Very strong. And John Charming needs all the help that he can get.

At this point in the story of John Charming and his “Scooby-gang” of Sig, Molly and Choo, they, and the world, are in pretty deep foo-foo. Which is where they do best. And sometimes worst. 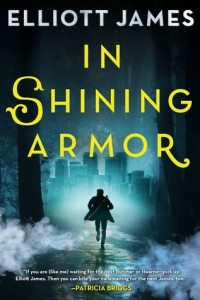 The story follows almost directly from last year’s In Shining Armor. At the end of that book, John says that he and Sig are going back to pick up the rest of the gang, and that’s pretty much where we are now. John and the gang heading to New York to meet up with John’s former and possibly future gang, the Knights Templar, along with his semi-present gang, the werewolves of the Round Table.

Not that werewolves in general don’t make the Templars very, very twitchy. The Templars aren’t merely charged with, but are actually geas bound to protect the Pax Arcana, the magic (ironic that) that makes it so that us mundanes don’t see or remember magic. And for a very long time, the Templars were taught to believe that the mere existence of werewolves (and vampires, and pretty much anything else that was magic but wasn’t Templar) were an automatic violation of the Pax.

Which they mostly aren’t. Most werewolves, and vampires, and cunning folk (witches) and other magical types just want to live their lives without bothering anyone. They don’t want to be outed any more than the Templars do. But negotiating that particular change in outlook makes the Templars very, very twitchy indeed.

And that’s where John Charming came in. John is a Templar. And he’s also a werewolf. The fact that he didn’t self-combust the minute he discovered those two supposedly contradictory identities has forced, often at swordpoint, the Templars to do a bit of re-thinking. Hence the very shaky alliance between the Templars and the werewolves.

What was discovered in In Shining Armor was that there is a group very much in opposition to the Templars, and that the opposition, the School of Night, had done an excellent job of infiltrating the Templars over the past 500 years. The mission of the School of Night is bring down the Pax Arcana, by any means necessary, to let magic loose in the world again.

And the Templars are bound to oppose the tearing down of the Pax by any means necessary, no matter how vile those means might be. Even to the point of nukes in New York City. They may not want to, but they may feel that they have to.

That’s what John Charming and his Scooby-gang are right smack in the middle of. Their job, and they’ve decided to accept it, is to bring down the School of Night before the Templars bring down Ragnarok. No matter what it takes. Or possibly who.

Escape Rating A-: If you’ve read the other books, this one is a humdinger, slam-dunk thrill-a-minute ride from the beginning to the end.

Let me say this upfront – the Pax Arcana series is one that is meant to be read from its beginning. Although the world starts out being very much like our own, as the series piles on, we see more and more of just how different it is – or rather just how much has been hidden from us by the Pax Arcana. The author makes a brave and hilarious attempt to get new readers into the action by opening with our hero John Charming in the midst of an imaginary interview with a very imaginary Barbara Walters. That intro does a good job of reminding series readers where last we left our heroes, but isn’t really a substitute for new readers actually reading at least most of the rest of the series.

So if you like really, really snarky urban fantasy, start with Charming.

As I’ve mentioned, John Charming definitely comes from the snarky end of urban fantasy. He reminds me a lot of Harry Dresden from the Dresden Files, but John’s attitude towards women in general is a bit more, I want to say enlightened but that isn’t quite right. John, unlike Harry or most heroes in urban fantasy, is managing to have a successful relationship with Sig the Valkyrie. And he’s less of a hound and more of a good man, if only because Sig can perforate him with her spear when he screws things up. He’s learning, and it makes him more sympathetic.

Like other urban fantasy heroes, including Harry Dresden, Atticus Finch of the Iron Druid Chronicles, and John Taylor from the Nightside, the book is literally his story. It’s told from the first-person, and we are inside John’s head. You do have to like his brand of snark to want to occupy that head for very long, but it’s generally a livable space. While he does use humor to lighten what are often grim situations, he is also funnier on the inside than even what comes out, and he says what he’s thinking, and often what we’re thinking too.

The thing in this story that causes all the fuss is an interesting one. It’s a book. An evil book. It’s one of those books from the Restricted Section in the library at Hogwarts (not literally, of course) that should be chained up because when you read it, it reads you. And it’s way more powerful than most people who read it. The School of Night is using it to let magical monsters loose in the world, test the responses of the Knights, and see if they can spread enough chaos to break the Pax. It’s a diabolical plan, from a very diabolical mind.

But the sheer amount of danger that John, his gang and the Templars are tipped into, while awesome and scary on so many levels, also brings out one of the inevitable twists of urban fantasy – that in order to keep the series interesting, the protagonist has to face and overcome more dangerous situations each outing, with bigger and badder villains, and hairier and scarier problems to solve. The hero becomes more powerful, and the villains get even more frightening and evil. The tone of the series gets darker the deeper you go. And so it proves with John Charming. Also Harry Dresden, John Taylor and every other urban fantasy series I’ve ever read.

I wonder where this one is going to end. But I certainly plan on hanging on to the ride. Possibly with my fingernails. And maybe my teeth. 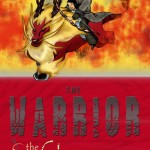 Review: The Warrior and the Flower by Camille Picott + Giveaway 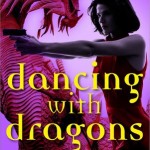