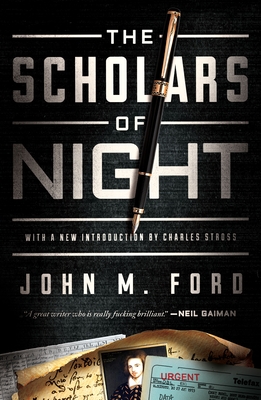 John M. Ford's The Scholars of Night is an extraordinary novel of technological espionage and human betrayal, weaving past and present into a web of unbearable suspense.
Nicholas Hansard is a brilliant historian at a small New England college. He specializes in Christopher Marlowe. But Hansard has a second, secret, career with The White Group, a “consulting agency” with shadowy government connections. There, he is a genius at teasing secrets out of documents old and new—to call him a code-breaker is an understatement.
When Hansard’s work exposes one of his closest friends as a Russian agent, and the friend then dies mysteriously, the connections seem all too clear. Shaken, Hansard turns away from his secret work to lose himself in an ancient Marlowe manuscript. Surely, a lost 400 year old play is different enough from modern murder.
He is very, very wrong.

The Scholars of Night is a book that lives at multiple crossroads. Or perhaps that should be multiple turning points. The world was changing under pretty much all of the axes at which this book is written, and it was obvious to those in the story – as well as those with eyes to see in the real world – that the verities which they lived under were about to change dramatically even if no one knew at the time what the results would be.

When The Scholars of Night was written, and when it was originally published, the Cold War between the U.S. and the Soviet Union, which had been at various temperatures between below 0 Fahrenheit and barely above 0 centigrade since the end of World War II, was about to end. Not that it was actually thawing, more that one of the sides was about to undergo a seismic shift that would change the nature of the game entirely.

And it was a game, as the players involved in this story make very clear. It’s just that it was a game with very real and deadly stakes.

The other factor, that other crossroads, and one as it turned out with equally deadly consequences, was the continuing miniaturization and coming ubiquity of omnipresent and seemingly omniscient information technology. Personal computers had started their shift from hobbyist tinker toys to working business devices with the production of the IBM PC in 1981, while the shift of the U.S. Department of Defense’ ARPANET into the internet we know today was already well on its way.

The intellectual games of espionage and their deadly consequences were shifting from the domain of people who were good at solving puzzles to people who programmed computers to make decisions at the speed of light.

That gamesmaster, academic and occasional intelligence asset Allan Berenson is slated for death by one of those speed of light decisions, and that his protege Nicholas Hansard and Berenson’s lover, the agent known only as WAGNER, do their best and worst to carry out Berenson’s last plan through a combination of intelligent puzzle-solving, ruthless determination and willful blindness to its consequences is a perfect metaphor for the death and the life of one old Cold warrior and the world he knew entirely too well. 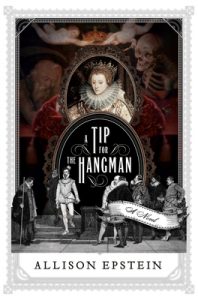 Escape Rating A: The story in The Scholars of Night is complex and convoluted and wonderful. No one trusts anyone else, no one is really on anyone else’s side, everyone is waiting for everyone else to betray them – with good reasons – and everyone is unreliable because no one is telling the truth about anything even when they think they know the truth.

Which they usually don’t. This is a story about lies and the lying liars who tell those lies to the point where no one really knows what the truth is anymore or whether the truth even exists. So the truth becomes a fungible commodity, and the lines between collateral damage and just damage are so blurred they don’t even exist any longer.

The way that the story echoes back and around to Christopher Marlowe, his work for Elizabeth I’s spymasters, and the dirty deeds that he participated in and covered up just makes the point with even more emphasis that espionage is always a dirty business. No one involved is on the side of the angels.

(In a peculiar way, The Scholars of Night is a bit of a readalike for A Tip for the Hangman, which covers Marlowe’s forays into spycraft more directly. At any rate, if you like this you’ll probably like that, and there’s enough of Marlowe in the background here to make it very much vice versa.)

The story of The Scholars of Night is not a straightforward one by any means. WAGNER compartmentalizes her plan to enact Berenson’s last play so very well that the right hand and the left hand never even seem to be in the same country or on the same playing field and the reader spends as much of the story trying to piece the clues together as the agent does. Certainly the agencies following her are always at least one step behind, and we often feel that we are, too.

On the one hand, this story feels historical. 1986 or thereabouts are a lifetime ago. So in some ways, the story feels prescient as Berenson’s last big play foreshadows both the end of the Cold War and the rise of intelligent machines controlling the world instead of intelligent people. And yet, the story was contemporaneous at the time it was written.

And excellently well done at that. Especially if you like puzzles as much as Berenson and WAGNER did. 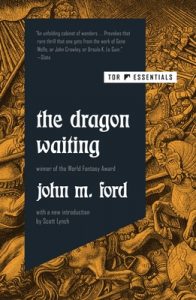 Reviewer’s Note: The story about how this book and the rest of John M. Ford’s work went so thoroughly out of print – with the exception of his Star Trek novelizations – and how they finally got back into print (and ebook for the first time!) is a bit of a puzzle story in and of itself.

A story I got into in a lot more detail in my review of Ford’s best known and most beloved work, The Dragon Waiting, which won the World Fantasy Award in 1984. And is still one of the awesomest pieces of alt-history ever.