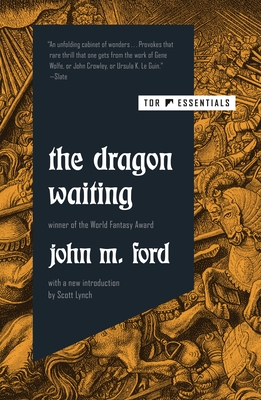 “The best mingling of history with historical magic that I have ever seen.”—Gene Wolfe In a snowbound inn high in the Alps, four people meet who will alter fate.
A noble Byzantine mercenary . . .
A female Florentine physician . . .
An ageless Welsh wizard . . .
And an uncanny academic.
Together they will wage an intrigue-filled campaign against the might of Byzantium to secure the English throne for Richard, Duke of Gloucester—and make him Richard III. Available for the first time in nearly two decades, with a new introduction by New York Times-bestselling author Scott Lynch, The Dragon Waiting is a masterpiece of blood and magic.“Had [John M. Ford] taken The Dragon Waiting and written a sequence of five books based in that world, with that power, he would’ve been George R.R. Martin.” —Neil Gaiman

The Dragon Waiting is the best book that you’ve probably never heard of – but should have. And it’s what Tor Essentials is all about.

That last is possibly literal, as it feels as if this is the one book above all others that the publisher really, truly, sincerely wanted to try and bring back into print. If this is the inspiration for the imprint, or even just a part of it, it was all worth it.

A wizard, a mercenary, a vampire and a spy walk into a tavern. And come out of it trying to change the world.

That’s been done, or something similar. In a way, it sounds like the opening to Tigana by Guy Gavriel Kay, where a disparate group of desperate people band together to overthrow an empire.

But the story of The Dragon Waiting is both a lot closer to actual history – and a lot farther – than Tigana. Because this is alternate history that builds off of real history, real events and real people – although none of them ever quite committed any of these acts. That we know of.

This is a story about a Byzantine Empire that not only never fell, but grew and changed and continued to swallow up countries that became independent of either Rome or Byzantium in the history that we know. But this Byzantium remained on top of the world because it didn’t embrace Christianity. Instead, it continued the old Roman policy of allowing conquered people to retain their old beliefs and old gods.

Escape Rating A+: This is going to be one of those reviews where how I feel about the book is inextricably tied into what I think of the book. Because of the circumstances of this particular book and my reading – and re-reading – of it.

The Dragon Waiting was originally published in 1983. I still have my old mass market paperback copy, which I’ve moved more times than I care to count. It’s a book that loomed large in my memory, although I only read it the once – and that nearly 40 years ago.

I hung onto my paperback because the damn thing went out of print, and I KNEW I’d want to re-read it someday. But the book didn’t just go out of print, it went into intellectual property hell as the author died (much too soon, having left not nearly enough behind) and no one seemed to know who owned the rights to this book. That saga is detailed here and here, and it’s a terrific mystery/quest story all by itself!

But the book, oh the book! I remembered The Dragon Waiting as being completely awesome, but hadn’t gotten back to it in a VERY long time. So, on the one hand I couldn’t wait to get a copy and re-read it, and on the other, when the time came I had a terrible approach/avoidance conflict. I wanted to read it again, but I needed it to be as awesome as I remembered, and I had no way of knowing if it would be.

1983 is a long time ago. I was a different person then, and the book spoke to me then for reasons that are now long in my past. The question of whether it would still speak to me, and whether it held up as the excellent read I remember it being, loomed large in my mind – to the point of being a reading block.

I’m happy to say that it IS every bit as good now as my memory says it was then. That’s not nostalgia talking – well, maybe a bit – but because it’s still a cracking good story.

What’s different is that the things it reminds me of, like Kay’s Tigana, and also his Sarantine Mosaic, were written after The Dragon Waiting. So while it feels like Dragon was influenced by those books, it’s actually the other way around. The two things that feel like influences on Dragon that actually might have been are T.H. White’s The Once and Future King (published in 1958) and Mary Stewart’s Merlin series, which began with The Crystal Cave in 1970.

But the thing that I kept coming back to as I read The Dragon Waiting was Josephine Tey’s marvelous The Daughter of Time. So much of the framing story of that book is dated, but the central mystery, the intellectual investigation into the question of Richard III and what happened to the “Princes in the Tower” still resonates. And it fits into The Dragon Waiting like a key into a lock in spite of differences in genre.

Because the conclusion in The Daughter of Time was that Richard’s behavior as postulated in Shakespeare and common perception makes no sense whatsoever. The story of The Dragon Waiting gives it that sense.

And a whole rollicking story of magic and empires to go along with it. A story that was every single bit as readable and complex as it was when it was first published.

I’m left with a few thoughts that don’t quite fit into a review of the book. Ford died in 2006, six years before Richard III’s remains were discovered under that carpark in Leicester. But when The Dragon Waiting was first published in 1983, Ford was 26. I remember who and what I was at 26 and am astonished and amazed at his achievement. As I was reading the book that he wrote, we were the same age. Literally, as he was born five days after me. I’m still a bit speechless at that thought, as I did not nearly have my shit together at 26 and am gobsmacked at the way that he did. I wish he left behind more work, but I’m grateful that what there is will be re-published – there just wasn’t nearly enough. 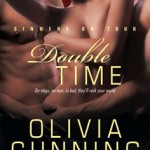 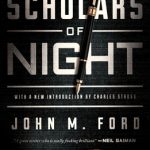 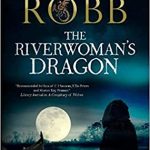 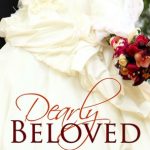 One thought on “Review: The Dragon Waiting by John M. Ford”