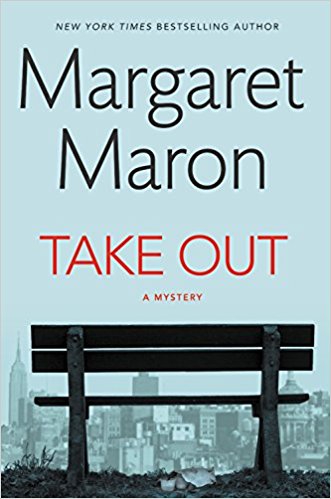 Sigrid is still reeling from the untimely death of her lover, acclaimed painter Oscar Nauman, when she is called to investigate the deaths of two homeless men in the West Village. The police at first assume an overdose, until they realize that one of the men shows no signs of drug use. Then when containers of poisoned takeout food are found nearby, Sigrid's case is suddenly much more complicated. As Sigrid investigates, she uncovers an intriguing neighborhood history: a haughty mafia widow and her disgraced godson, a retired opera star with dark secrets, an unsolved hit-and-run, and the possible discovery of a long-missing painting that will rock the art world. Soon the case is fraught with myriad suspects and motives. Who killed the two homeless men, and why? And which one was the intended victim? Or was the poisoned food meant for someone else entirely?
Throwing herself into the murder investigation to distract herself from her personal grief, Sigrid still can't stop wondering what led Nauman across the country to the winding mountain road that took his life. Until she meets a man who may hold the answers she seeks.
In her newest gripping mystery, Margaret Maron's beautifully drawn characters and unpredictable plot twists prove once again why she's one of today's most beloved writers.

I think that NYPD Lieutenant Sigrid Harald would recognize Eve Dallas’ 21st century New York as still being her city, and vice versa. And that if the two women ever met, they would see each other as kin. There’s a similarity to the two no-nonsense New York homicide detectives that transcends time. 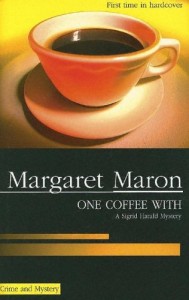 Also a distinct difference. I read all of the Sigrid Harald series, starting with One Coffee With, sometime in the late 80s or early 90s. But I never read the last one. Although there is a murder mystery in Fugitive Colors, that story also deals with the unexpected death of Sigrid’s lover, the artist Oscar Nauman. It was just too sad to contemplate, so I never picked it up. I have a copy, I just couldn’t bear to read it.

Take Out takes place in the aftermath of Nauman’s death. It’s been over a year since the tragedy, and Sigrid has learned to deal with her grief, even though it still sometimes strikes her down without warning. She has also resigned herself to being Oscar’s heir, and dealing with all the myriad details involved with protecting the legacy (and the fortune) of a famous artist.

But the mystery in Take Out turns out to be wrapped in the other loose ends of Sigrid’s life, as well as tying up the leftover bits of the mystery from Fugitive Colors. It all starts with a New York tradition – take out.

Two men are dead on a bench in an upscale NYC neighborhood. The remains of their last meal all around them – take out food from a neighborhood restaurant. Neither man is a resident. One is clearly a homeless drug addict, while the other is exceedingly down-at-the-heel. One death might have been accidental, but two is one too many for the long arm of coincidence, even in New York. When rat poison is found in both of the take out boxes they were noshing on, it’s clear that at least one of them was murdered, even if the other is merely collateral damage.

But which? And most importantly, why?

This is a case where the past threatens to overwhelm the present, from the recent death of an old mobster’s daughter to the long-ago murder of Sigrid’s own father – by a minion of that same mobster. And if the long-simmering rivalry between the two old women at opposite ends of the block has finally erupted into open warfare, why now?

Which of the many secrets has suddenly become too toxic to remain buried? And can Sigrid figure it out before the past dies with it?

Escape Rating B+: Take Out is closure. Not just for all the old secrets buried on that street, but for Sigrid as well. I loved this book, and I was very, very glad to see this old favorite get wrapped up. 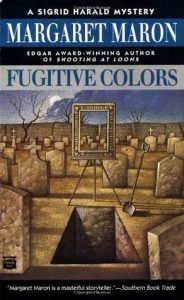 At the same time, it’s been a LONG time since Fugitive Colors was published in 1995, the same year that Naked in Death (the first Eve Dallas book) was published. And as fascinating as the mystery in Take Out is, it also felt as if there was a definite strain in the story as the author needed to catch up new readers (and remind old ones) of just who all these characters were and why they mattered to Sigrid. Those explanations were both utterly necessary and took away from the rising tension of the mystery.

It’s that mystery that keeps the reader guessing until the end. There are two old women at the heart of this mystery. One is a mobster’s widow, and the other a famous opera singer. Both are in their 80s. It doesn’t seem possible that either is the murderer, and yet, they both had ties to the dead men. And potentially they both had reasons to want one of the men dead, but not both. And not the means to do the deed. And yet it was done.

This is a story that is all about the past. Not just the past of those two old women, but also Sigrid’s past, and Oscar Nauman’s past. And even the past wrapped up in an old museum, which desperately needs a new lease on life. It all ties neatly together at the end, and the case, and the series, close with satisfaction. 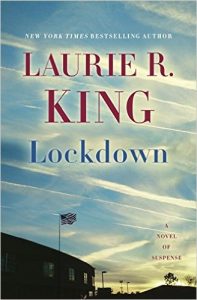 After my review of Lockdown by Laurie R. King, I received an offer from the publisher to host a giveaway for 2 copies of Lockdown to lucky U.S. winners. As Laurie King is the author of one of my favorite mystery series, and Margaret Maron the author of two others, this seemed like a fitting post to which to attach the giveaway.

39 thoughts on “Review: Take Out by Margaret Maron + Giveaway”