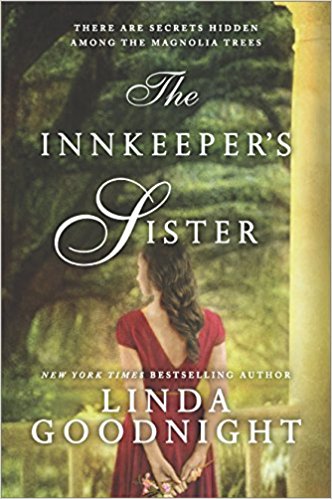 Welcome to Honey Ridge, Tennessee, where Southern hospitality and sweet peach tea beckon, and where long-buried secrets lead to some startling realizations
Grayson Blake always has a purpose and never a moment to lose. He's come home to Honey Ridge to convert a historic gristmill into a restaurant, but his plans crumble like Tennessee clay when the excavation of a skeleton unearths a Civil War mystery and leads him back to a beautiful and familiar stranger.
Once a ballet dancer, now co-owner of the Peach Orchard Inn, Valery Carter harbors pain as deep as the secrets buried beneath the mill. A bright facade can't erase her regrets any more than a glass of bourbon can restore what she's lost. But spending time with Grayson offers Valery a chance to let go of her past and imagine a happier future. And with the discovery of hidden messages in aged sheet music, both their hearts begin to open. Bound by attraction, and compelled to resolve an old crime that links the inn and the mill, Grayson and Valery encounter a song of hurt, truth, and hope.

The Innkeeper’s Sister is a lovely and emotionally fraught story that is told in parallel in two very distinct timelines – and in both stories the heroine is the sister of the owner of the Peach Orchard Inn. Although in the earlier, post-Civil War timeline, the Peach Orchard Inn was still the Peach Orchard Farm. But both Valery Carter in the early 21st century and Patience Portland in the late 19th are sisters to the women who own Peach Orchard, and who have already found a second chance at happiness after a first brush with tragedy.

In the 21st Valery Carter seems to be a good-time girl who can’t be counted on to handle any responsibilities that are handed to her. It’s a picture that is both right and wrong, but if Valery continues on her current self-destructive path, is going to end with that perspective being all right all the time. Until she drowns.

Into her life and her sister’s inn walks Grayson Blake, a one-time resident of Honey Ridge who now develops run-down historic properties into attention-getting five-star restaurants with the help of his brother Devlin. The old gristmill across from the Peach Orchard Inn is one such property, and the Blake Brothers have big plans for it.

Plans that are temporarily delayed when a poke at the rotting basement flooring turns up a human skeleton. The project goes on hold while the wheels grind through the process of determining, if not whose bones they were, at least when those bones were laid down and hidden under the floorboards.

Valery and especially her sister Julia are petrified that the bones might belong to Julia’s missing son Mikey, now lost for nine long, heartbreaking years. And that possibility sends Valery into a tailspin of guilt, grief and remorse.

But the time Grayson is forced to spend at Honey Ridge also unearths the crush that Grayson and Valery unknowingly had on each other back when they were teens. They’re not teens any more, and the mutual admiration and respect they felt then has blossomed into much, much more. Even though Grayson thinks that he’s much too staid and boring for a flirty party-girl like Valery.

And Valery is equally certain that the secrets in her past as well as the problems in her present make her unworthy of the love of a good man like Grayson.

But just as Valery has to reveal her secret burdens in order to reach for healing and happiness, so the secrets buried under the old mill have to come to light, so that the ghosts of that past can finally be laid to rest. 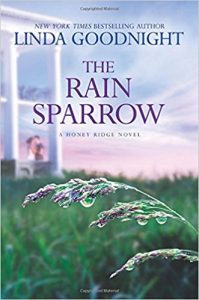 Escape Rating B: This is the third book in the Honey Ridge series, after The Memory House and The Rain Sparrow. I have not read the previous books, but based on their descriptions, they both follow the same pattern – that there is a romance in the present and a mystery to be solved in the past. The past mystery arises because of artifacts that are discovered at the Inn that involve the present day participants in something fascinating that they just can’t let go of.

And both those stories, particularly The Rain Sparrow that features a novelist and a librarian, sound lovely. I haven’t read either of them yet but I’m looking forward to it. That being said, I don’t think it’s necessary to read the series in order – I’m obviously not – but the previous stories, particularly their historical bits, sounded fascinating and I was a bit sorry to have missed them. At least so far.

The two stories in The Innkeeper’s Sister are different in substance, but both have some very serious and angsty issues to deal with. The story in the past is explicitly NOT a romance, but the story in the present is certainly centered around one.

Valery has a ton of issues to resolve, starting with but far from limited to her alcoholism. If she doesn’t get to the heart of her problems, she really isn’t a good match for Grayson, and they both know it. And for Valery to get to the heart of issues, first she has to let them out into the light of day, something that is incredibly difficult for her, for reasons that are made clear within the story. She has a lot of work to do, and it takes her a long and difficult time to figure out how to get to it.

While it is normally a plus when an author is able to misdirect readers away from the heart of a mystery, I will say that it worked a bit too well in Valery’s case. The depth of her guilt over the abduction of her nephew Mike was so searing and so overpowering that I spent a lot of reading time convinced that Mikey had been in her care at the time and had been lost through her neglect. This was not the case, but the way she processed her grief and layered her guilt on top of it made the real reason for this part of her angst feel a bit anticlimactic for this reader.

The story in the past was beautiful and fascinating. Benjamin Portland’s journey to find his long-lost brother, and what he discovered about himself, his family, and the differences between hope and reality for former slaves after the end of the Civil War, was an eye-opener for him and and excellent way of making the past come alive for the reader. I’m looking forward to this element very much in the other books.

15 thoughts on “Review: The Innkeeper’s Sister by Linda Goodnight + Giveaway”