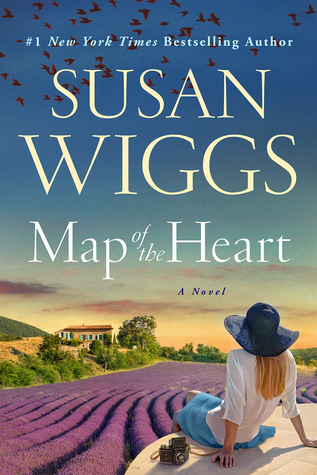 Susan Wiggs—an author “who paints the details of human relationships with the finesse of a master” (Jodi Picoult)—returns with a deeply emotional and atmospheric story of love and family, war and secrets that moves back and forth across time, from the present day to World War II France
An accomplished photographer, widow, and mother, Camille Palmer is content with the blessings she’s enjoyed. When her ageing father asks her to go with him to his native France, she has no idea that shes embarking on an adventure that will shake her complacency and utterly transform her.
Returning to the place of his youth sparks unexpected memories—recollections that will lead Camille, her father, and her daughter, Julie, who has accompanied them, back to the dark, terrifying days of the Second World War, where they will uncover their family’s surprising history.
While Provence offers answers about her family’s past, it also holds the key to Camille’s future. Along the way, Camille meets a handsome American historian who stirs a passion deep within her she thought she’d never experience again. 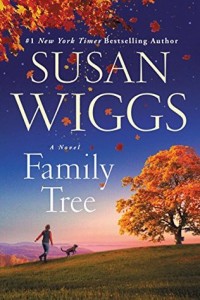 I want to say that Map of the Heart is two stories blended into one. But that happens on more than one axis, making me wonder if I should describe it as two stories, or perhaps four.

First, it’s a time-slip story. While most of the action takes place in the 21st century present, there are significant chapters that occur in the mid-20th century past, in the midst of the Italian, and subsequently German, occupation of southeastern France during the dark days of World War II. And much of the 21st century action revolves around discovering the connections between that old history and today in the lives of the story’s protagonists, particularly Henry Palmer, nee Palomar, his daughter Camille and her daughter Julie.

But the story also has its 21st century “before and after”. The beginning of the story takes place in Camille’s tiny hometown of Bethany Bay, Maryland. And all is far from well. Five years previously, Camille’s husband Jace was killed in a tragic accident, and the formerly adventurous Camille retreated from the world into her safe space in her small town. Jace’s death left her afraid to risk, not just for herself, but also for her daughter Julie. Julie was 9 when her father died, and is now 14, ready to begin stretching her wings while still having a nest to fly back to. Instead, Julie’s life seems to be on hold while Camille retreats in fear from the universe. And in her continued self-absorption, Camille doesn’t recognize that Julie is suffering from the hell that is mean-girl high school bullying.

And as if her fears for Julie are not enough, Camille is still reeling after her beloved father’s year of cancer treatment. Henry’s cancer is currently in remission, but they all know that this is only a reprieve and not a cure.

In the midst of the mess she already has, two events burst the safe shell of Camille’s little world. Professor Malcolm Finnemore needs Camille, in her professional capacity as a restorer of found archival film, to process the photos retrieved from his father’s old camera – the last pictures that intrepid journalist Robert Finnemore took before he was captured by the North Vietnamese Army and never seen again.

And the tenants residing in the old farmhouse that Camille discovers her father still owns back in his native France send him a large trunk filled with mementos of the life that her father left behind – including old photographs of his beautiful but haunted mother and his despicable father, a Nazi collaborator. Henry Palmer wants to go home, to deal with the ghosts these mementos have brought to light.

Julie wants to escape her tormentors by any means available, and France sounds like a great place to go. Camille just wants to keep her little family safe at home, so that she doesn’t have to confront her fears, or anyone’s ghosts.

But the exposure of Julie’s suffering keeps reminding her that even home is not safe. And that her fears should not continue to cripple her daughter, or keep her father from closure of his own griefs.

And if she can heal just a bit of what’s holding her back, the handsome Professor Finnemore is also in France, just waiting to help her the rest of the way. If she can bear to let go.

Escape Rating B: So this story is split along two different axes. We see Camille and her family in the present, and also her grandmother Lisette in the past. A huge part of this story involves Camille’s search to make the two connect. Because at first they don’t. Lisette, just like Camille, was a photographer. And her photographs of herself and of her disgusting husband lead Camille to an inescapable conclusion – blond and blue-eyed Lisette and her equally blond and blue-eyed husband could not have been the parents of black-haired and brown-eyed Henry. Genetics don’t work that way. Since Lisette died giving birth to Henry, her part in his parentage is not in question, leaving her husband’s part in grave but oddly hopeful doubt. Finding out that one is not the son or the granddaughter of a despicable Nazi collaborator would, after all, come as a great relief.

Camille is hunting for the truth of her own heritage. Most of her hunt takes place after she bows to the inevitable and accompanies her father and her daughter to France. And it is at that point, when she finally, reluctantly boards that plane, that the story itself takes wing.

Unfortunately, that point is literally at the halfway point. The first half of the story, back in Bethany Bay, felt like a slog for this reader. Seeing the situation that Camille, and Julie, are escaping from is necessary, but for this reader it went on much too long. It’s not just that it is all depressing, although Julie’s situation certainly is depressing, it’s also the way that Camille drags her feet just drags down on the story. Her almost-pathological resistance slows the story to a crawl until she finally gets on that damn plane.

At first, the brief trip back to Lisette’s past, while interesting, doesn’t change the tone. Her part of the story is dark, because her history was dark. And while all of these issues are important to the story as a whole, they just didn’t move much. I didn’t need them to be happy, that wouldn’t have been appropriate, but I did need more of a sense that they were moving the story forward and not just wallowing. Your mileage may vary.

Once the action moves to France, the story kicks into gear. Camille’s hunt for her family’s history was fascinating, and the involvement with and explanation of the uses of “found film” was very interesting. There are quite a few projects and specialists who deal with these issues in the real world, and what they discover often brings to light first-person perspectives on events that were thought to be lost. (If this part of the story grabs you, check out The Rescued Film Project)

Reviewer’s note: One thing that this book does well is to convey the sheer and utter hopelessness that happens when one is the victim of bullying. Anything that you do, or that your family attempts to do, just makes it worse. It always happens away from adult supervision, and the packs of bullies are very good at protecting themselves. Because they are often led by the popular kids, and because other kids want to be part of that in group and not become victims themselves, the one being bullied is left with nowhere to turn. And the more isolated the victims become, the less likely anyone on the outside is to believe them. I am speaking from brutal experience, which made me both empathize deeply with Julie and desperately want that part of the story to move on – fast. That Henry was still scarred by his own experiences of bullying, even though those events were more than a half-century in the past, rang entirely too true. 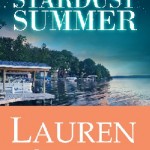 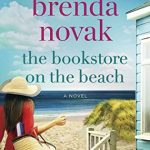 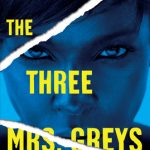 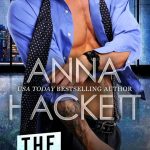 Review: The Hacker by Anna Hackett

One thought on “Review: Map of the Heart by Susan Wiggs”