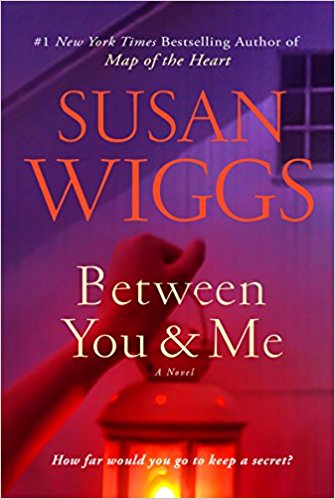 Caught between two worlds, Caleb Stoltz is bound by a deathbed promise to raise his orphaned niece and nephew in Middle Grove, where life revolves around family, farm, faith—and long-held suspicions about outsiders. When disaster strikes, Caleb is thrust into an urban environment of high-tech medicine and the relentless rush of modern life.

Dr. Reese Powell is poised to join the medical dynasty of her wealthy, successful parents. Bold, assertive, and quick-thinking, she lives for the addictive rush of saving lives. When a shocking accident brings Caleb Stoltz into her life, Reese is forced to deal with a situation that challenges everything she thinks she knows—and ultimately emboldens her to question her most powerful beliefs.

Then one impulsive act brings about a clash of cultures in a tug-of-war that plays out in a courtroom, challenging the very nature of justice and reverberating through generations, straining the fragile threads of faith and family.

Deeply moving and unforgettable, Between You and Me is an emotionally complex story of love and loss, family and friendship, and the arduous road to discovering the heart’s true path.

Between You and Me is not quite what I was expecting. Much in the same way that neither Reese Powell’s nor Caleb Stoltz’ lives turn out quite the way that they – or anyone around them – expected.

The unexpected can turn out to be wonderful.

Reese Powell and Caleb Stoltz don’t seem to have much in common, at least not on the surface, and they certainly live lives that should never have intersected. But life is funny that way, and sometimes we meet the people we really need to when we really need them.

Even if, or especially because, they challenge us and everything we thought we believed. The best laid plans of mice, men and especially parents go oft astray.

Caleb’s nephew is injured in a tragic accident, and his tiny Amish farming community does not have the resources needed to keep the boy from bleeding out. His nearly severed arm is a lost cause, but the boy’s life isn’t – at least not yet. When the life flight helicopter comes to take Jonah Stoltz from Middle Grove to Philadelphia, Caleb rides along.

His first ride in a helicopter, something that he has always longed to do.

While Caleb may be Amish, his heart has always yearned for the wider world. When he went on his rumspringa, his version of going wild was to attend college. He had no plans to return to Middle Grove and his abusive father.

But when his older brother and sister-in-law were murdered, Caleb took up his duty and returned to care for his niece and nephew. Not just because he made a promise to his brother as he lay dying, but to prevent his father from abusing the two children who would otherwise be left in his care.

Jonah’s tragic accident gives Caleb a tiny, tempting chance to break away from his life for a brief moment, and in his care for the boy he lets himself take it.

Reese Powell is a fourth-year resident at the hospital where Jonah is taken. She’s part of the trauma team that preps the boy for surgery. And something in her heart reaches out to the boy whose life has just irrevocably changed, and to the lost, lonely man who is truly a stranger in a strange land in the urban setting.

They expect her to become a pediatric surgeon so that she can become a partner in their high powered and highly successful OB/GYN IVF practice. A practice that produced Reese herself. But what they want for her is not what she wants for herself. Not that Reese does not want to be a doctor, but that she wants to be a different kind of doctor than her parents, or than her parents have planned for her to be.

And even though their attempts at any relationship beyond friendship seem doomed to failure, that they try gives both of them the courage to discover what they are truly searching for in life.

It might even lead them back to each other.

Escape Rating A+: Upon reflection, I don’t think that the blurb matches the book all that much, except for its final paragraph. Between You and Me is deeply moving and unforgettable, and it is an emotionally complex story of love, loss, family, friendship and just how difficult it can be to find your own true path and the people who you need to have walking that path beside you.

But this isn’t a story about faith, except possibly faith in oneself. It also is not a story about beliefs, at least not in the religious sense that feels implied in the blurb. Instead, it feels a story about the intersection of duty and commitment, about the weight of promises made and the guilt of promises broken. And how sometimes it’s necessary to break the literal meaning of a promise in order to keep the spirit of it.

Caleb is Amish, but he has never been baptised in the faith. In other words, he has always had plenty of doubts, and those doubts have kept him from becoming a full member of the community. He promised his brother that he would raise his children in Middle Grove, but he did not promise to make any religious commitments of his own to the community.

Caleb has always had a foot in both camps. He lives in Middle Grove, but he works for the English in nearby Grantham Park, as the lead horse trainer for the Budweiser Clydesdales as well as other big, beautiful horses. And he does accounting on the side.

Much of the clash of cultures in the story is about the clash within Caleb’s heart. He wants to leave. He’s always wanted to leave. A big part of this story comprises the circumstances that finally make him realize that he needs to leave, both for his niece and nephew’s sake and for his own.

It’s often a hard choice, and it’s one that we see Caleb struggle with every step of the way.

Reese’s problem often seem much easier, but that doesn’t mean that her difficulties aren’t real or that we don’t feel for her as well. Because we do.

There is a romance at the heart of Between You and Me, but this is not a romance in the genre sense. The story here revolves around Caleb’s and Reese’s separate journeys to find themselves and the truth of their own hearts – not in the romantic sense but in the finding true purpose sense.

The happy ending is their reward for taking the difficult path. And it’s the reader’s reward for following them on their journey.

4 thoughts on “Review: Between You and Me by Susan Wiggs”