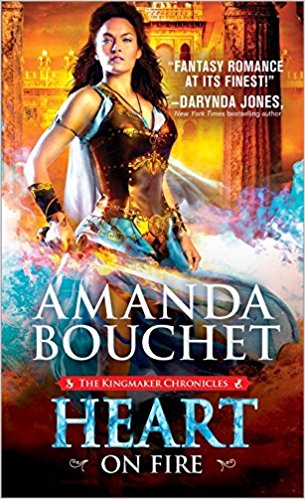 The riveting conclusion to the Kingmaker Chronicles, available January 2018!

Who is Catalia Fisa?With the help of pivotal figures from her past, Cat begins to understand the root of her exceptional magic, her fated union with Griffin Sinta, and Griffin's role in shaping her destiny.

Only Cat holds the key to unlocking her own power, and that means finally accepting herself, her past, and her future in order to protect her loved ones, confront her murderous mother, and taking a final, terrifying step--reuniting all three realms and taking her place as the Queen of Thalyria.

What doesn't kill her will only make her stronger...we hope. 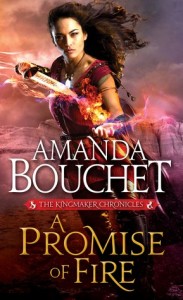 Heart on Fire is the stunning and searing (sometimes literally) conclusion to the Kingmaker Chronicles, begun in 2016 with the author’s intense debut novel, A Promise of Fire. About which I had some very mixed feelings.

There are no mixed feelings as I close the final chapter. The beginning of Cat and Griffin’s story needed to be what it was (mostly) in order to reach this remarkable finale in Heart on Fire.

If you’ve heard a friend rave about this series, and you probably have, you need to read it in order, from the promise of marvels in A Promise of Fire, to the flush of possibility in Breath of Fire to this wow of an ending here in Heart on Fire, because yours will be too.

The story of this series is a combination of heroine’s journey and romance, but with a whole lot of mythology mixed in. Particularly that of the Greek pantheon. It turns out that as much as Catalina Fisa is the daughter of her monstrous mother, she is also the child of the gods. Not just one or two, but in a metaphysical way, ALL of them.

And they all seem to have a vested interest in not just keeping Cat alive, but finding ways to make sure that she survives, thrives and comes into the vast heritage of magic they have invested her with. Not just so she can topple her mother from her throne, but so that Cat, in partnership with her husband Griffin, can end the corruption that rules all of their land, and start over.

Literally start over. Because Cat discovers that she is the embodiment of “Origin” and her purpose is to wipe the slate clean and create a fresh start for all the peoples of her world.

If she can just manage to get her head out of her own ass long enough to figure out how her magic works. So she can kill her mother.

Escape Rating A: This certainly ends the year (or begins it, as it won’t be published until next week) with a bang. And a few whimpers. Cat’s journey has been long, hard and frequently dark. The story of Heart on Fire is literally the story of Cat’s heart finally catching fire, so that the woman can forgive herself first.

She needs to learn an awful lot of hard lessons to find the balance that she needs in her life in order for her to access the magic that has been inside her all along. And Cat is pretty stubborn about believing the worst of herself and it takes a lot of effort on the part of all the gods as well as a lot of pain and anguish on Cat’s part for the lesson to finally sink in. This is often a hard story, and Cat’s journey travels to some dark and torturous places.

Sometimes good can only triumph over evil if good is very, very strong. Cat needs to learn about her own strength, so a lot of this story is about just how difficult it is for Cat to find her own place, her own balance, and get out of her own way. Although Cat has always believed that her mother is her worst enemy (and she’s awfully, awfully bad) Cat’s true worst enemy has always been herself, and her unwillingness to put her faith in herself.

So this story is the end of an epic and sometimes heartbreaking journey. It will bring to mind the old saying that “Whom the gods would destroy they first make mad”, although in Cat’s case its more the madness of anger than insanity. That much meddling in one’s life by capricious and omnipotent beings would drive anyone crazy.

But Cat’s crazy has made for a fantastic journey. I’m sorry to see it end – but this was the time. And the way it ends is right and heartbreaking and triumphant all at once. As the series has been, and as it should be.

Reviewer’s Note: Heart on Fire particularly of the series is a story about mothers and daughters, and just how terribly wrong that relationship can go. As I was reading this book, my mother was admitted to hospice, and by the time this is posted she will probably be gone. It made the reading of this book particularly poignant, and also made it difficult as hell to review. 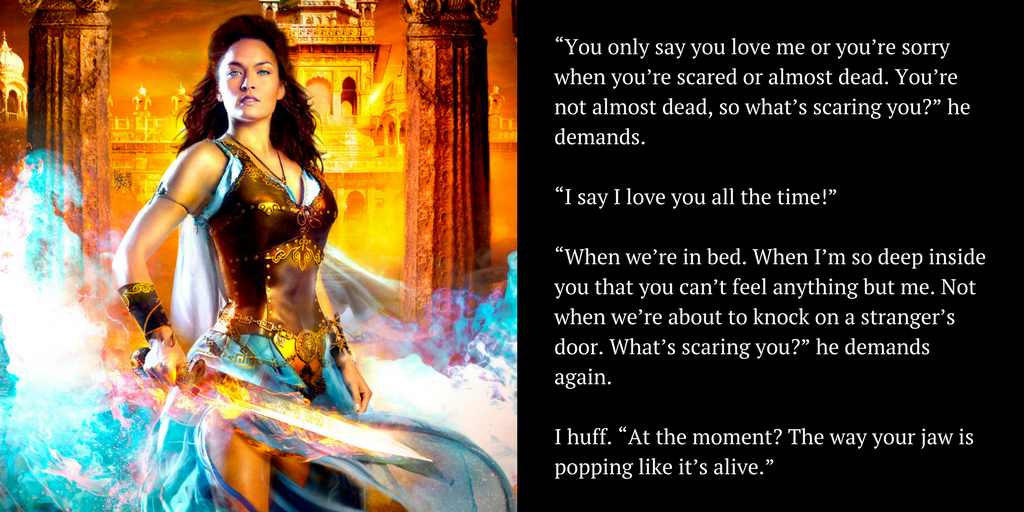 Sourcebooks is giving away a bundle of the first two books in this series, A Promise of Fire and Breath of Fire, to three lucky entrants on this tour. 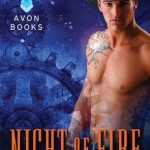 Review: Night of Fire by Nico Rosso
Queen of the Sylphs 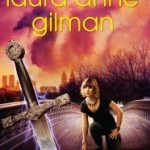 3 thoughts on “Review: Heart on Fire by Amanda Bouchet + Giveaway”