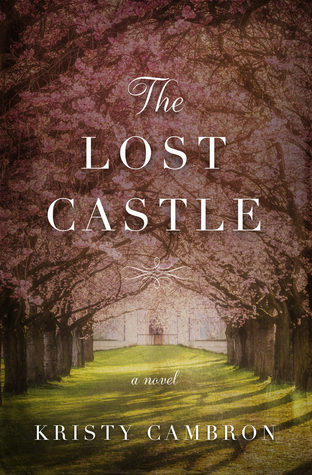 Launching a brand-new series, Kristy Cambron explores the collision of past and present as she discovers the ruins of a French castle, long lost to history.

A thirteenth century castle, Chateau de Doux Reves, has been forgotten for generations, left to ruin in a storybook forest nestled deep in France's picturesque Loire Valley. It survived a sacking in the French Revolution, was brought back to life and fashioned into a storybook chateau in the Gilded Age, and was eventually felled and deserted after a disastrous fire in the 1930s.

As Ellie Carver sits by her grandmother's bedside, she hears stories of a castle . . . of lost love and a hidden chapel that played host to a secret fight in the World War II French resistance. But her grandmother is quickly slipping into the locked-down world of Alzheimer's, and Ellie must act fast if she wants to uncover the truth of her family's history.

Sparked by the discovery of a long forgotten family heirloom, Ellie embarks on a journey to French wine country to uncover the mystery surrounding The Sleeping Beauty--the castle so named for Charles Perrault's beloved fairy tale--and unearth its secrets before they're finally silenced by time.

Set in three different time periods--the French Revolution, World War II, and present day--The Lost Castle is a story of loves won and lost, of battles waged, and an enchanted castle that inspired the epic fairy tales time left behind.

Instead of a mystery wrapped in an enigma (not that the reference to Enigma doesn’t turn out to be appropriate) this is a fairy tale wrapped in a war story tied up in a romance. Also not that there isn’t romance throughout – just different romances.

Because this lovely story is a “timeslip” tale that is spread over three very different time periods; the French Revolution, World War II, and the present day. And if the reference to the French Revolution wasn’t enough of a clue, most of the story takes place in France during those periods, specifically in the Loire Valley wine region.

And there’s plenty of wine involved and not just by drinking it. The fates of three very different women are tied together by the wines, the vines, and the castle that hides in the middle of it all.

Timeslip stories, as the sub-genre is now termed, are stories that “slip” between multiple time periods. Sometimes by having one of the characters themselves slip between those periods, but sometimes by having the narrative simply move between the periods for reasons that become clear at some point in the story.

The Lost Castle is one of the latter types. We follow three women in the same place but at three different time periods. We begin by meeting Ellie Carver, whose beloved grandmother has slipped into the fog of Alzheimer’s, and is now also slipping away physically. Lady Vi raised Ellie after her parents died, and Ellie feels like her grandmother is all that she has in the world. She is heartbroken and scrambling. Also emotionally scrambled.

Lady Vi’s fog lifts just enough to send Ellie scrabbling through her grandmother’s books to discover a WWII vintage photo of her grandmother, showing her that in the midst of the life that Ellie knew of her grandmother, there is at least one chapter that she was never told. Lady Vi seems to be looking for closure for this part of her life, and in a mad quest to do something, anything, Ellie hares off to the site of the picture, the “Sleeping Beauty” castle tucked away in the Loire Valley in France.

As the story continues we follow Ellie in the Loire, as she discovers the site of the photo, and unearths the history of when it was taken. We also follow Lady Vi’s history as a semi-trained British Intelligence operative who finds herself on the run from the Nazis in the Loire Valley in 1944. When Lady Vi is rescued by the local Resistance, she finds relative safety, purpose, and love.

We also see glimpses of an earlier history of the area, during the French Revolution, through the eyes of Aveline, a French aristocrat for whom the most famous wine of the region comes to be named.

All three women become integral to the past, and the future, of this storied place. And as Ellie uncovers the truth, we learn why. And it is bittersweet, but as delicious as the wine.

Escape Rating A-: Before I say anything else, let me say again that this is a truly lovely book. If you enjoy timeslip stories, I think you’ll really love this one.

As I read The Lost Castle, I did wonder how Aveline was connected to Vi and Ellie. It’s obvious from the beginning that it isn’t a matter of ancestors and descendants – there’s definitely no relation. And it’s not that Aveline’s story isn’t either interesting or important, it’s just that we don’t discover why and how until the very end.

I haven’t read a lot of timeslip stories, at least not under that label, so I’m not sure whether this is a bug or a feature, but neither Aveline’s nor Vi’s stories are told in chronological order. The chapter headings do say where and when each bit takes place, but the slipping forward and backwards within each of their times always took a paragraph or two to adjust to. This was particularly true with Aveline’s story, as we start in the middle and then work both backwards and forwards from that point, sometimes almost at random. The same thing happens with Vi’s story, but she doesn’t flash backwards nearly as much, and proceeds in a straight line from that middle, except for the flashbacks.

All three women are in the midst of great change, and that’s what makes each of their stories so fascinating. Aveline is an aristocrat during the Revolution, but she is a woman who is already uncomfortable with the life that she is supposed to lead. The Revolution provides her with an opportunity to forge a new path for herself, and she takes it.

Vi’s story takes place during World War II. We only get glimpses of her wartime exploits before she reaches the Loire, but they are enough to chill the bones. We do get a fairly complete portrait of her life in the French Resistance, and that comes at a critical time – it is 1944 and the Allied invasion is rumored and imminent, while the Nazis are desperate to hold onto France at all costs, with Vi, her new found friends and the Loire Valley itself caught in the terrible crossfire.

These are also all romances, and the romances are tied together not through the women, but through the place and the family that occupies it, through the men. The Vivay family owns and operates the winery that makes the region famous. Their signature wine, developed by Robert Vivay in Aveline’s time, is named for her. During Vi’s time, it is Julien Vivay who protects the land and is master of the vineyard, using that same signature product to keep the Nazis at bay. And it is Titus Vivay who lived to remember it all, and his grandson who leads Ellie to the answers that she is seeking.

Although the blurbs for this book talk about a “legacy of faith” and as this book is published by Thomas Nelson, a publisher who specializes in Christian faith-based works, one might think that the “faith” being mentioned in those blurbs is religious faith and of a specific type. But it isn’t, or at least it doesn’t seem to be to a reader who is not looking for such. Instead, the faith at the heart of this story seems more like faith in the land and faith in its people. In all three time periods, its the way that the people pull together to defend their lives, but more importantly the lives of those they love, and to defend the land and the work that sustains them, than it is about any belief in a diety.

Your mileage on this subject may definitely vary, but as someone who does not read books that are marketed as “inspirational” fiction this book does not read like part of that tradition.

It reads like excellent historical fiction, because that’s what it is.

There is a giveaway for a copy of The Lost Castle and a signed tote bag over at @tnzfiction  on Instagram. 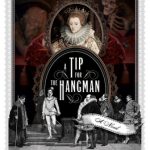 3 thoughts on “Review: The Lost Castle by Kristy Cambron + Giveaway”