To those in the United States, Happy Fourth of July. So as not to be completely remiss, to those in Canada, a belated Happy Canada Day.

Now that I’ve lured you in with a picture of Independence Day fireworks, I’m going to share a different picture. This has been going around on Facebook for a few days, and I think we all need the reminder. 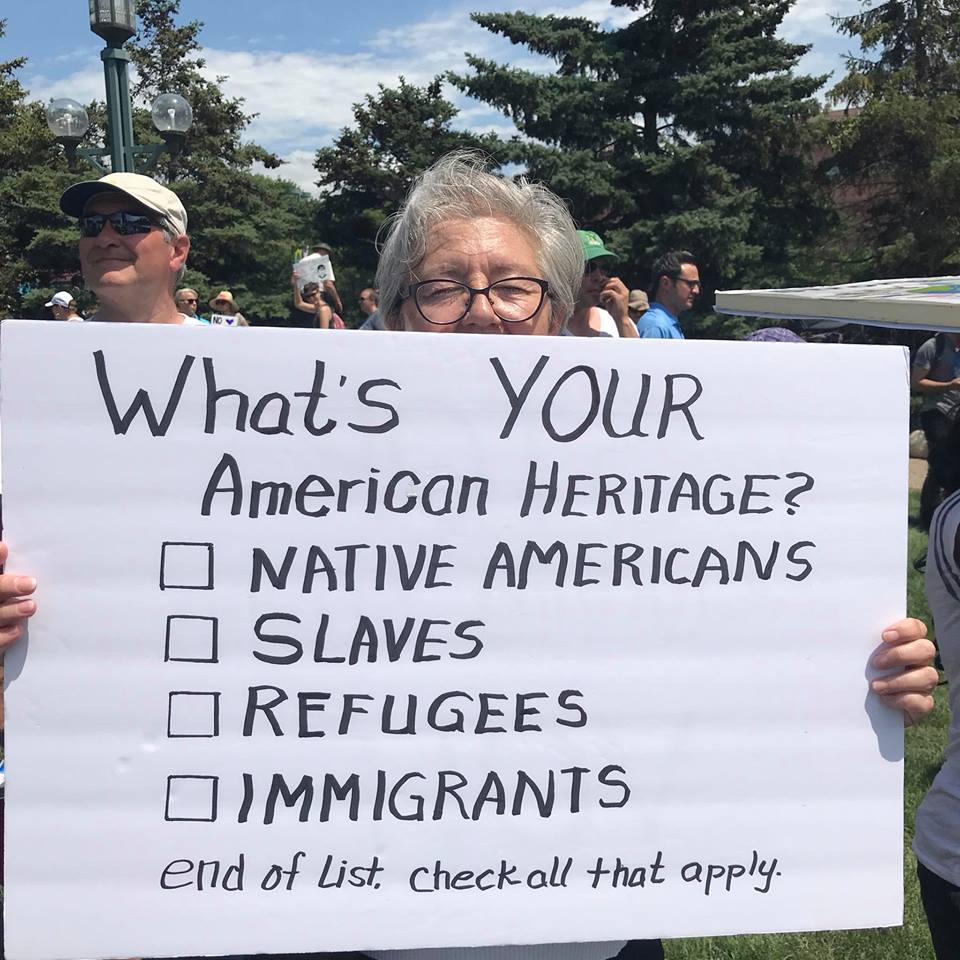 I check the box for immigrants. All four of my grandparents came to the United States from Eastern Europe in the early 20th century. I only exist because they fled to the this country before the Holocaust. All of my family who did not leave died in the concentration camps.

My husband’s family has been here a bit longer. On one side, he has ancestors who fought in the American Revolution. On the other, Scots-Irish who came to the U.S. just after the Civil War. But he is still the descendant of immigrants.

And whether or not you are also able to tick off some of the other boxes on that short list, so are you.