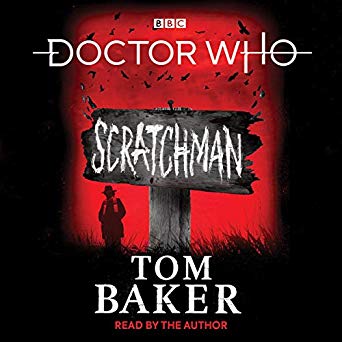 What are you afraid of?

In his first-ever Doctor Who novel, Tom Baker’s incredible imagination is given free rein. A story so epic it was originally intended for the big screen, Scratchman is a gripping, white-knuckle thriller almost forty years in the making.

The Doctor, Harry and Sarah Jane Smith arrive at a remote Scottish island, when their holiday is cut short by the appearance of strange creatures – hideous scarecrows, who are preying on the local population. The islanders are living in fear, and the Doctor vows to save them all. But it doesn’t go to plan – the time travellers have fallen into a trap, and Scratchman is coming for them.

With the fate of the universe hanging in the balance, the Doctor must battle an ancient force from another dimension, one who claims to be the Devil. Scratchman wants to know what the Doctor is most afraid of. And the Doctor’s worst nightmares are coming out to play…

They say that you never forget your first Doctor. The Fourth Doctor, Tom Baker, was mine. The first episode I saw was The Talons of Weng Chiang. It was the late 1980s and Doctor Who was broadcast on WTTW in Chicago at 11 pm every Sunday night. It says a whole lot about a whole lot of things that my hour or so with the Doctor every weekend was often the high point of my week.

Listening to Tom Baker read his own Doctor Who novel was like stepping back into my very own TARDIS, and taking a trip back in time and space to those long ago nights – when both of us were a LOT younger. I heard his voice now, but the picture in my head was of my Doctor, then.

And it made for a marvelous adventure.

The adventure itself feels like, or that should be sounds like, pretty much exactly like, one of the stories from the Fourth Doctor’s early years, when his companions were journalist Sarah Jane Smith and Surgeon-Lieutenant Harry Sullivan from UNIT.

The Doctor, along with Sarah Jane and Harry, find themselves on a relatively remote island off the English coast, having been taken there by the Doctor’s somewhat wacky TARDIS. They take advantage of the lovely day but find themselves ambushed by scarecrows of all things. Scarecrows that have taken the places of nearly all the villagers in this little town. By the time the Doctor figures out what has happened to the villagers and what the menacing scarecrows are all about, both he and Harry have been infected by the scarecrow virus.

It then becomes a race against time to find some way of eliminating the scarecrows and saving the remaining villagers – and themselves – before time runs out. And they fail. Only to find themselves in the adventure behind the adventure that was there all along.

What made this adventure particularly suited to an audiobook read by the Doctor is that the readers are not observing this adventure at third-hand. Instead, the Doctor is on trial – yes, again – in front of the assembled Time Lords who, as usual, are not at ALL amused by his recent behavior. Or his previous behavior (or even his future behavior).

So the story is the Doctor’s testimony, as he is telling the Time Lords what happened, what he did, and why he did it. In the audio, as he tells it to them – along with forays into his thoughts about the proceedings, the interruptions to the proceedings and the jeering from his Time Lord audience – we’re in his head, hearing him tell the story to them – and to us.

Let’s just say that in this instance the first person voice really, really works. The Doctor, MY Doctor, told me a fantastic story of one of his adventures.

And I loved every single minute of it. 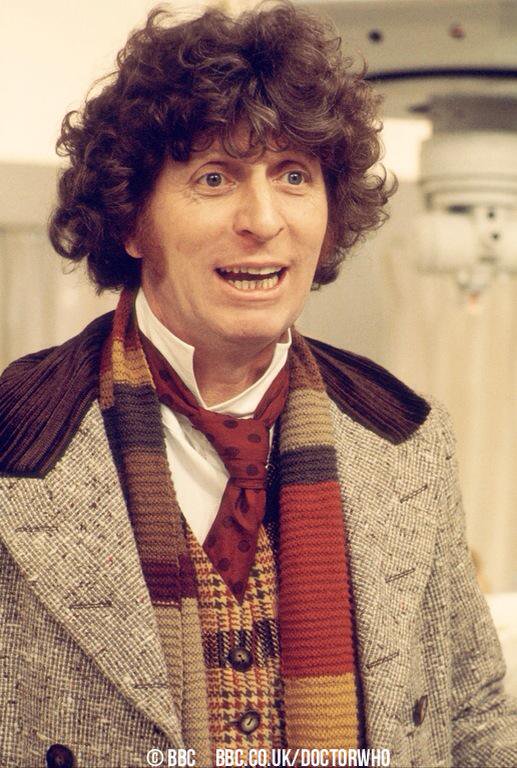 Escape Rating A+: This is the point where I simply squee in delight.  I had a ball, to the point where I laughed out loud on multiple occasions, often while on a treadmill in the midst of other people who must have thought I was a loon.

But then, a lot of Time Lords firmly believe that the Doctor, particularly in this incarnation, was a loon. That he often behaved like one may have added a bit to that belief. More than a bit.

This story reads, or particularly listens, like one of the best of the Fourth Doctor’s madcap (with serious bits) adventures. If you enjoyed “Classic” Who, you’ll love this too. (I fully recognize that I am giving this an A+ because I loved every single second of it. I’m well aware that this is a book, and an experience, that won’t work nearly as well for someone who is not a fan.)

At the same time, the story also feels like Tom Baker’s love letter to the character he played so long and so well, two of his companions, particularly one of his obvious favorites, Sarah Jane Smith, as well as to the arc of the character and the series as a whole.

There are loving (and accurate) references to not only his three predecessors in the role, but also to the future, including a particularly heartfelt interchange with Thirteen. There’s also a sequence in the TARDIS where Sarah Jane Smith sees the arc of her whole life in pictures. The pictures she described were instantly recognizable as scenes not only from previous events in her life, but as future events, including scenes from her later appearances in the show in the episode School Reunion and her own Sarah Jane Adventures.

I’m not ashamed to say that those scenes made me tear up a bit, as did Sarah Jane’s letter to the Doctor in the postscript.

The adventure of Scratchman both travels well-worn and well-loved paths with the Doctor, and goes to places that the reader/listener does not expect. And it’s a lovely trip though a very personal time machine every step of the way.

2 thoughts on “Review: Doctor Who: Scratchman by Tom Baker”