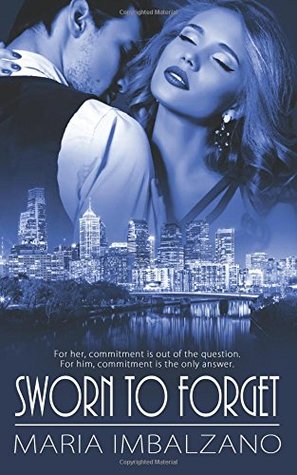 By all appearances, Nicki Reading is a star. PR director at a major music label, Nicki is sharp, successful, independent, and confidently calls the shots. She dates whom she wants, when she wants, with no strings attached. But beneath that shine, loneliness flickers. Events from her past prove love leads only to pain. Commitment is not an option.

Until Dex Hanover, a classy, principled, and prosperous CPA, enters the picture. Undeterred by his unhappy childhood, he has an amazing capacity to be both caring and generous, giving his free time as a mentor for a child from the projects. Dex wears his paternal yearnings on his sleeve, and he is at a point in his life where commitment is the only option.

Despite their opposing views, Nicki and Dex ignite each other. But will events from their pasts ruin their challenging relationship and prevent them from experiencing everlasting love?

I’m in the habit of saying nice things about books, even books that other reviewers might find questionable; sometimes, however…well, this time, about the nicest things I can say about this one is that I didn’t spot many typos, and I feel accomplished from actually getting to the end. Reader beware: I’m gonna bring the snark out for this one.

Nicki Reading is on a cruise with her soon-to-be-ex, and meets Dex Hanover, also on the cruise with his soon-to-be-ex. Okay, that sounds like nice spicy fare from the get-go, although both of them are happy to explain at tedious length why they are on a cruise with this other person, and their reasons for dumping their exes are perfectly viable. Because they don’t have any real private space, they hold off on the steamy bits until they return home – convenient, isn’t it, that the two lovebirds live in the same city, not at all far from each other? This would have been a short story, otherwise. Come to think of it, that might have been a mercy, really.

They start seeing each other, the sex is magnificent, things are ticking along pretty well, until abruptly, they aren’t. Dex proposes, and she turns him down flat. You see, Dex wants kids, and Nicki just doesn’t.

Escape Rating: D+: We spend fully half of a way-too-long book exploring why there is this disconnect–Dex wants a big family, and to be the father of several kids, because his father abandoned him and his family when Dex was a youngling (huh?). Nicki was a teen parent, who gave her baby up for adoption, and cannot – CANNOT, I TELLS YA – tolerate being around kids, knowing what a crappy parent she was to her own child by giving him up (again, I say, “huh?”)  I mean, I get why those things in their past hurt them, I really do. But both of them are letting it drive their personalities in weird directions, and they’re not even bothering to tell each other. If they would just communicate with each other, so they could understand each other better, but no, both of these folks are way, way too self-centered, almost to the point of narcissism, and way too determined to make themselves miserable over something that happened ages ago. At many points in the front half of the book, I almost gave up. These characters are nothing at all that I can identify with.

52% in (according to my book reader app), we hit on something resembling some plot:  Turns out that the child Nicki gave up fourteen years ago is not all that far away after all. He was adopted by one of her best gal-pal Denise’s brother-in-law and his wife, who were raising him fine until they were killed in an auto accident. The gal-pal and her husband now have Bobby with them, and are looking to adopt him.  But (PLOT TWIST!) he turns up with leukemia. So another gal-pal, Sam, an attorney, works to get at the real birth records, so they can maybe find a bone marrow donor for the boy.

You can probably write the next chapter or two, can’t you? Sam shows up at Nicki’s office to break the news to her, there’s a fit pitched, drama drama drama. And we know who the father is – Michael, who was “just a friend” to Nicki way back when (grin grin wink wink nudge nudge), and disappeared right as they got out of high school, never to be seen again (my eyes are rolling up in my head here) until recently…when he’s involved with Sam.  ARE YOU KIDDING ME?

Through this whole hot mess, Nicki is still pining over Dex, but nope-not-havin’-kids-and-that’s-what-he-wants…until she starts to come around to the idea of maybe possibly…so she hits him up.  Yep, he’s still interested. (PLOT TWIST!) and she gets pregnant.  So they’re gonna get married, happily-ever-after, gosh I’ll try my best even though I’m not keen on kids, all for you, baby.

(PLOT TWIST!) Until she miscarries.  And dumps poor Dex, right before the wedding.  It takes us a couple more really contrived twists and turns to get to a happy ending. But for me, the happy ending was not the honeymoon in Bermuda, but simply finishing this one and seeing THE END.

Other people have given this book good reviews, in several venues, and I had truly hoped for better.  It’s the first in a series about these four friends, the Sworn Sisters, but right now, I just can’t wrap my head around reading the second one (Sworn to Remember), which was recently released. 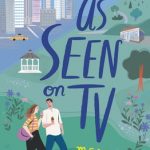