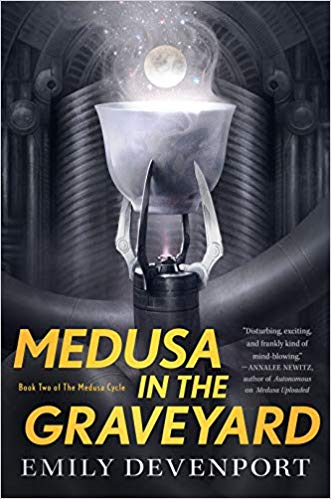 Medusa in the Graveyard is the action-packed, science fiction sequel to Emily Devenport's Medusa Uploaded.

Oichi Angelis, former Worm, along with her fellow insurgents on the generation starship Olympia, head deeper into the Charon System for the planet called Graveyard.

Ancient, sentient, alien starships wait for them--three colossi so powerful they remain aware even in self-imposed sleep. The race that made the Three are dead, but Oichi's people were engineered with this ancient DNA.

A delegation from Olympia must journey to the heart of Graveyard and be judged by the Three. Before they're done, they will discover that weapons are the least of what the ships have to offer. 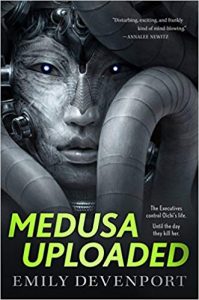 I picked up Medusa in the Graveyard because I absolutely adored the first book in the Medusa Cycle, Medusa Uploaded.

As I said, I loved Medusa Uploaded, but I’m still not sure how I feel about Medusa in the Graveyard.

Which may be because the books are very, very different. Medusa Uploaded is the story of a revolution on a generation ship, and we spend the book seeing the action through the eyes of one of the formerly downtrodden “Worms”, Oichi Angelis, who leads a rebellion that upends the order of her little corner of the universe, the generation ship Olympia.

Medusa in the Graveyard is the story of what happens after. So it can’t be that political story of the rise to rebellion that the first book was and that made that story so damn good. Actually it’s not a political story at all. Or at least not very much.

Instead, this is a story about who the Olympians are going to be when they “grow up” – meaning what happens when they take their place in the wider universe. A universe that holds more wonders, more dangers, and more enemies than their regimented life as “Worms” had ever prepared them for.

So this is just the beginning of what happens after the rebellion is successful, as old friendships and alliances fracture and new ones spring up to take their place – or try to manipulate events back onto the same old paths.

Oichi and her friends have returned to the point of, if not the ship Olympia’s origins, then at least the place where the “Worms’” DNA was first extracted. More than one history is about to come full circle on the planet Graveyard, with Oichi and her friends battling time fractures and old enemies to determine a future that may be better for the universe – but worse for them.

In Oichi’s past, her Medusa unit once acted as a deus ex machina to save her life. But on a planet that seems to be chock full of dei, with or without machina, Oichi isn’t sure whether her old partner is planning to save her life – or end it.

Or whether the gods and monsters of Graveyard will just stomp on them all.

Escape Rating B: Part of what made Medusa Uploaded so terrific, but that works a bit against Medusa in the Graveyard, is that both books hold tightly to Oichi’s first person perspective. During the revolution, it increased the tension dramatically, as we only knew as much as Oichi knew, and she was often in the dark about events occurring in other parts of the ship or to other people.

But those events happened so quickly that she didn’t have time to be consumed by her own doubts. That’s not the case in Graveyard, as Oichi’s internal dialog in this one is filled with plenty of doubts. Oichi seems to doubt herself at every turn.

At the same time, we’re aware that she is narrating this story from a point in the future, so it’s obvious that she survived, no matter how many regrets she stacks up along the way. To the point where Oichi’s tone throughout this story can be summed up by three words: woulda, coulda, shoulda. She spends much of the story telling herself – and the reader – that things would have worked out better if she’d just made a whole bunch of different choices. She ends this story with a ton of regrets – and an entire shipload of emotional baggage.

That she spends much of the story navigating her way through various sloughs of despond fits right in with the idea that this is the middle book of a trilogy. Middle books aren’t known for being light and fluffy. (This does lead me to point out that Graveyard makes no sense without having read Medusa Uploaded first – and possibly recently. There’s a lot to unpack in this story.)

Graveyard also deals with a lot of “timey-wimey” bits, as this is a place where time fractures are a feature of the landscape. At the end, Oichi’s journey, which took 300 pages or 12 hours of audio (I listened to the audio), and goes both backwards and forwards in time as well as light years in space, takes so little time for the characters who were not part of the trip that it could almost have been a dream. Unlike the Wizard of Oz or season 8 of the original version of the TV show Dallas, it was not – but it still feels that way.

I think we’ll see the results of Oichi’s sojourn on Graveyard in the final book of the Medusa Cycle, whenever it appears. I hope we get back to the political potboiling of Medusa Uploaded. In the end, I liked listening to Medusa in the Graveyard, but it just wasn’t as compelling for me as the first book.

Your mileage, whether at faster than light speeds or the blink of an eye, may vary. 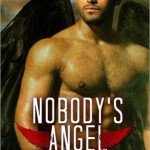 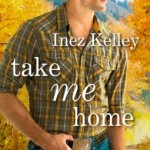