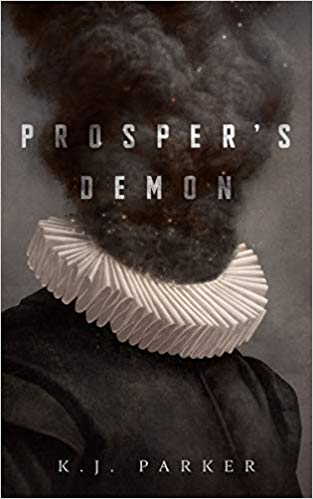 In a botched demonic extraction, they say the demon feels it ten times worse than the man. But they don’t die, and we do. Equilibrium.

The unnamed and morally questionable narrator is an exorcist with great follow-through and few doubts. His methods aren’t delicate but they’re undeniably effective: he’ll get the demon out—he just doesn’t particularly care what happens to the person.

Prosper of Schanz is a man of science, determined to raise the world’s first philosopher-king, reared according to the purest principles. Too bad he’s demonically possessed.

Prosper’s Demon is a compact little novella that exists in an appropriately small space bounded on four sides by Leonardo da Vinci, Good Omens, and the competing definitions of the word “collaboration”, which can either refer to working with someone else to produce something, or working with an enemy to destroy something one is supposed to hold dear.

Prosper of Schanz is very definitely this world’s avatar for Leonardo da Vinci, the genius, inventor and artist of the Renaissance. The ultimate Renaissance man who seemed to excel in every field he touched.

While Prosper of Schanz seems to be equally gifted, as our narrator discovers in the course of this gem, Prosper has a bit of help. Prosper’s genius is, maybe, possibly, as much as 40% Prosper. And 60% the demon that is currently taking him for a ride.

How do we know this? Our narrator, who never is named in the story, has a lifetime of experience with demons. That is, after all, his job. He’s a demon extractor. His duty is to remove demons that are infesting humans. The extraction will certainly cause the demon an excruciating amount of pain. It’s been estimated that the demon will experience 10 times the pain that the human will during the extraction. But demons are immortal, they can survive that pain. They can survive anything. Their human hosts, on the other hand, are not and will not.

It’s one of those “greater good” situations, or the needs of the many outweighing the needs of the few or of the one. Because while the demons are host-less they can’t do any damage. But it’s also a Kobayashi Maru, a no-win scenario, because the human will be seriously damaged by the extraction – if they manage to survive at all.

And it seems like many, possibly even most, don’t. While the demon will eventually find another host and start all over again.

So our demon extractor makes a bargain with the demon he’s supposed to extract. And this is where the reference to Good Omens comes in. Both because the seemingly ultimate implacable enemies are colluding and because the demons have a long-term, an exceedingly long term “Plan”. They are all immortal, they can afford to play a very long game.

Extracting the demon will remove 60% of Prosper’s genius, rendering him pretty much below average. If he survives losing 60% – or so – of his mental capacity. All of the things that he, or rather his demon, have hinted at him producing will never happen. No more art, no more engineering, no more inventions. In the short term, life will be much poorer for many people because Prosper is no more.

The deal is struck. The demon hunter will leave Prosper’s demon in place while Prosper creates a marvel of art and engineering. It will be beautiful and awe-inspiring. The Great Plan that the demons have for mankind would not truly be impacted by the removal of Prosper, but mankind definitely would.

Escape Rating A: This story is absolutely perfect at its length. Nothing more needs to be said. And at the same time, I wish I knew more about this world and how it works, and just exactly who our unnamed demon-extracting narrator really is. We know more than enough to be absolutely sucker-punched at the end, but I just got sucked into this world and this character and wasn’t ready to be spit out, at least not yet.

Part of that “not ready yet” is that even from inside the protagonist’s head we STILL don’t know what he’s thinking. We’re fooled right along with the demon.

At the same time, this whole thing is a thoughtful exposition (in a marvelously snarky voice) on whether the ends justify the means – and who gets to decide those things. Our narrator seems to enjoy the fear he engenders and the destruction he causes – to the point where it makes his an extremely uncomfortable head to be in. He tells us at the very beginning that we’re not going to like him – and he’s right.

It all depends on who sits in judgment. I’m still judging – and shaking my head in amazement at it all. 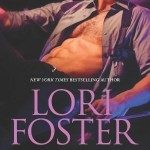 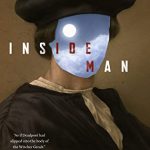