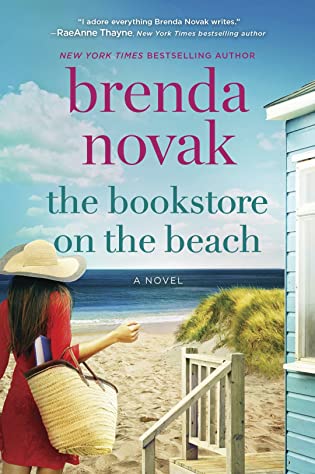 "A page-turner with a deep heart."—Nancy Thayer, New York Times bestselling author of
Girls of Summer

How do you start a new chapter of your life when you haven’t closed the book on the previous one?
Eighteen months ago, Autumn Divac’s husband went missing. Her desperate search has yielded no answers, and she can’t imagine moving forward without him. But for the sake of their two teenage children, she has to try.
Autumn takes her kids home for the summer to the charming beachside town where she was raised. She seeks comfort working alongside her mother and aunt at their bookshop, only to learn that her daughter is facing a huge life change and her mother has been hiding a terrible secret for years. And when she runs into the boy who stole her heart in high school, old feelings start to bubble up again. Is she free to love him, or should she hold out hope for her husband’s return? She can only trust her heart…and hope it won’t lead her astray.
"A heart-tugging romance. Readers are sure to be sucked in.”—Publishers Weekly, starred review

The bookstore on the beach in Sable Beach belongs to, let’s call them late-middle-aged sisters Mary and Lauren. As this tumultuous summer opens, Mary is waiting for her grown-up daughter Autumn to arrive for one last summer with her kids, her daughter Taylor and son Caden.

There’s more than a bit of bittersweetness in Mary’s anticipation, and in Autumn’s as well as she makes the drive up from her home in Tampa. Taylor will be a senior in high school in the fall, and Caden will be a junior. This is probably the last summer of their, not exactly childhood, but the last summer when they’ll all be together as a family before Taylor and Caden accelerate their inevitable pull away into adulthood, with jobs, college and relationships speeding up that separation.

But it’s also a first summer for Autumn. This is the first summer she’s come home to the beach without even the prospect of her husband dropping in for a week or two of vacation. Not because they are divorced, and not because he’s dead.

At least not as far as Autumn knows.

Autumn is stuck in a hellish limbo. Her husband went on a business trip to Ukraine, the country his family immigrated to the U.S. from. He left 18 months ago, without telling Autumn he was going. He seems to have gone at the behest, or under the aegis, or at least with the knowledge of, the CIA and/or the FBI or one (or possibly more) of the alphabet agencies.

Nick Divac disappeared somewhere in Ukraine. Or in Russia. Or into an unmarked grave. Or a prison. Or a cave. Autumn doesn’t know and hasn’t been able to get anyone at any of those alphabet agencies to give her much in the way of information. Even the private investigator she hired in Ukraine has found nothing but dead ends. But also no confirmation of Nick’s actual death.

But this isn’t just Autumn’s story. All of the women in her family, her mother Mary, her daughter Taylor, and certainly Autumn’s self, have something huge hanging over them this summer. Some of those things, most of those things, are secrets. All of them have the power to change their lives, when, and not if, they come crashing down.

They can’t go back to the way things used to be. The only question is how they go forward, and whether they can manage to hold on to each other and do it together.

Escape Rating B-: The Bookstore on the Beach is one of those stories where not a whole lot happens, while at the same time a whole lot that might happen or probably will happen is being worried over or anticipated – if not exactly eagerly. The eventual happenings are more of a relief – mostly – than the waiting.

Every woman in the family spends the entire book waiting for the other shoe to drop. Not that the first shoe has actually dropped. They each have something HUGE hanging over their heads. I found myself looking for the collective noun for swords – like a murder of crows, a leap of leopards, an unkindness of ravens. Because this is story about a family walking around with their very own separate and individual Sword of Damocles hanging over their head and following them around.

Mary is on tenterhooks expecting someone to expose her past – a past she has never revealed to her daughter. Taylor is unsuccessfully pretending that she’s not avoiding even thinking about the secrets in her present. And Autumn lets herself start a new relationship with her biggest teenage crush, all the while caught between hoping and fearing that her missing husband will return – just when she’s given up and moved on.

All of their fears are very, very real, even if the situations that both Mary and Autumn are in stretch the bounds of credulity just a bit. Not that what happened to them doesn’t happen in real life, more that it’s a stretch that both things happened in the same family.

The size of the cria herd of drama llamas (yes, I looked it up, “cria herd” is the collective noun for llamas) is so large as to stretch the pasture that holds my willing suspension of disbelief.

Because this story begins with Autumn’s husband already missing, I felt a bit like I’d been dropped midway into a series. Like I should have read the earlier parts of Autumn’s story as background in someone else’s. But this is a standalone, so no.

Also, because Autumn’s husband has been gone for quite a while at the beginning, her memories of him and their life together have been overlaid or muted by time, confusion and grief. He’s not present enough even in memory for him to really be missed. And her descriptions of their life together, while they don’t paint him in exactly a bad light, don’t give the reader enough to really buy into the romance they are supposed to have had.

Unlike her romance in her present with Quinn, which is lovely and heartfelt and heartbreaking in all of its glory – of which there is quite a lot. The combination of these elements made the ending a bit abrupt. It’s the ending the reader wants, but it’s sharp and hard and doesn’t really feel earned. It’s a situation where a true HEA doesn’t feel quite right, because it’s they are caught up in a mess where someone is bound to end up very unhappy indeed.

But I really liked all three, Mary and Autumn and Taylor. I loved the town of Sable Beach, and felt very envious of the bookstore itself even though I know it’s a much harder and more precarious way to make a living than the book can or should get into. It’s a lovely place, a beautiful haven, and I wouldn’t mind visiting again. 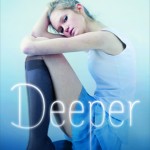 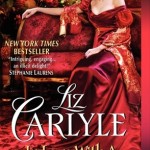 Review: In Love With a Wicked Man by Liz Carlyle + Giveaway 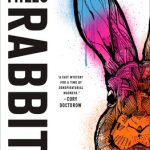