Last week I had a picture of Freddie and George in a cuddle line. Today’s picture is Lucifer and George in kind of a cuddle-squish. Lucifer was sleeping on the cat bed by my nightstand and George decided he just HAD to be with him. No matter how much he had to squish him. 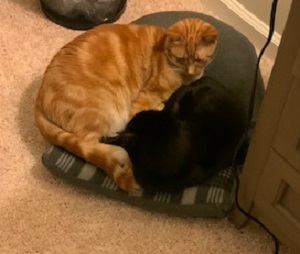 And yes, George is about twice the cat that Lucifer is – although I think part of Lucifer might be under George in this picture. The scary thing is that George is barely a year old and might still be growing!

As announced yesterday, I’m now the sole host of Stacking the Shelves, which was started by Tynga sometime in the way back after a different meme that did the same kind of thing disappeared. I’ve been co-hosting for several years and posting both at Tynga’s and at Reading Reality, but she’s decided to concentrate on her Etsy shop and other endeavors so I’m the remaining host. I have a new graphic, which features a cartoon version of Lucifer, so a Lucifer picture on today’s Sunday Post felt like the right thing to do! 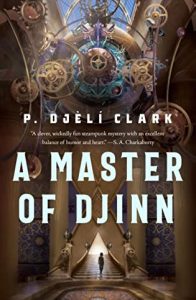 A++ Review: A Master of Djinn by P. Djeli Clark
A+ Review: The Album of Dr. Moreau by Daryl Gregory
A Review: The Gentle Art of Fortune Hunting by KJ Charles
B Review: Local Woman Missing by Mary Kubica
A- Review: The Summer Seekers by Sarah Morgan
Stacking the Shelves (444) 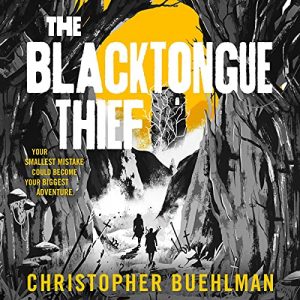