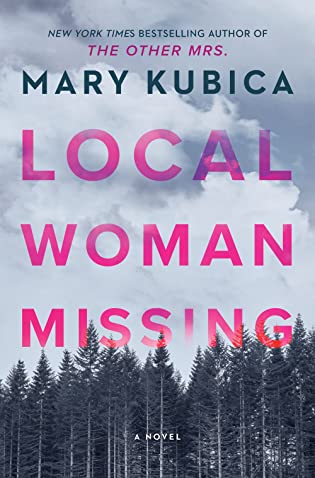 People don’t just disappear without a trace…
Shelby Tebow is the first to go missing. Not long after, Meredith Dickey and her six-year-old daughter, Delilah, vanish just blocks away from where Shelby was last seen, striking fear into their once-peaceful community. Are these incidents connected? After an elusive search that yields more questions than answers, the case eventually goes cold.
Now, eleven years later, Delilah shockingly returns. Everyone wants to know what happened to her, but no one is prepared for what they’ll find…
In this smart and chilling thriller, master of suspense and New York Times bestselling author Mary Kubica takes domestic secrets to a whole new level, showing that some people will stop at nothing to keep the truth buried.

The story begins with an abused, captive little girl escaping from her captors and the dank basement in which they kept her for 11 long, dark years. And the story begins 11 years in the past with the events that somehow led to the girl being imprisoned in that basement.

11 years ago, in a mostly well-to-do Chicago suburb, a woman went running late one night who never came home. In a place that everyone thought was safe. A few days later, after her body was found half buried in a park, a second woman went missing, this time along with her 5-year-old daughter.

This woman, too, was found dead, this time in a cheap room in a no-tell motel, of self-inflicted wounds. Her daughter was never found, although the woman’s husband never stopped looking. Leaving her younger son picked out and picked upon as a freak because his sister disappeared. All the adults felt sorry for him, and all the kids took that out on him.

There are no happy campers in this story. Not even at the end.

What there is in this book is an increasing ratcheting of tension and dread as the story moves on parallel tracks. In the here and now, there’s the wonder and the relief that surrounds the return of the much-abused and long-missing girl who has little memory of her kindergarten self and next to no information about the identity of the people who kidnapped and imprisoned her.

Back in the there and then, a truth is slowly and inexorably revealed. A truth that no one suspects, but that one person – at least – will do anything to keep from being revealed.

After all, they already have.

Escape Rating B: This is one of those mixed feelings reviews, because Local Woman Missing turned out to be one of those books where I am able to recognize that it is a very good exemplar of its type, in this case a domestic thriller, while being all too aware that it’s not my cuppa.

Although there’s plenty of suspense and the tension and dread ramp up slowly, steadily and inexorably – and that part happens very well indeed – there’s a bit too much domesticity for my personal taste.

Your reading mileage, of course, may vary. As it will, and has for other readers, on the way that the dual timelines work. We need that slow unraveling of the past in order to reach the absolutely chilling conclusion in the present, but the switches back and forth may seem a bit abrupt – or at least they did to this reader.

As a former Chicagoan, I did find myself trying to guess which suburb the location was or was at least modeled on. The Riverwalk fixes it at Naperville, but it could be an amalgam of places. I also used to walk late at night in a similar suburb and felt perfectly safe, so I can see where the first woman thought it was safe until it suddenly wasn’t. And yes, I’m sitting here realizing that I was also very damn lucky. We live and learn.

Back to the story.

Like any story about deadly secrets in sleepy little towns and suburbs, we learn a lot that’s honestly pretty awful. Every marriage that everyone else thinks is perfect is discovered to be, well, at least real if not downright dreadful. Everyone has secrets and everyone tells lies. As people do.

I’m not sure that anyone in this story turns out to be likeable. But the search for the truth keeps you turning pages as fast as possible to discover, not so much whodunnit as how did the little girl end up in that terrible house? She deserves justice – the adults, not so much.

The way the story works, seeing into each person or at least someone in each household, brings all the secrets to light as the story works its way towards those fatal events and their even more terrible aftermath. The truth, when it’s revealed, is cathartic but it doesn’t lead to happiness. Only relief.

And that’s how it should be.