Since I know there are people who are just here for the cat pictures, let’s start with this picture of Lucifer. 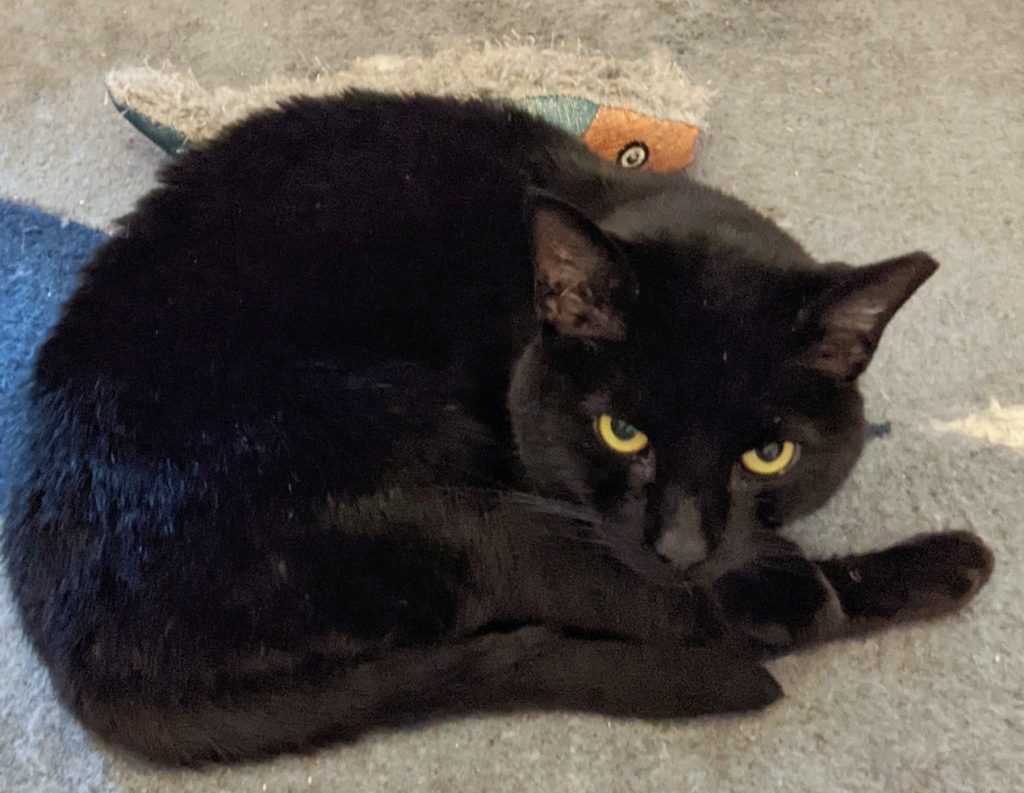 It’s not just that he’s giving me his best “Pouty McPout” face, although he certainly is. But the reason for his expression is even funnier. That ratty thing behind him is a catnip stuffed kicker toy. He’s protecting it with his best death glare. He won’t admit that he plays with it, although I’ve seen him do it, usually very late at night from very far away. He actually doesn’t seem to know how to play – or at least he’s a bit unclear on the concept. But he’s VERY protective of the toy. It’s adorable, it’s wonderful to see a 10-year-old cat still play, and it’s awesome to see him get more settled and feel safe enough to do it. While I wonder a lot about his history and how he ended up outside, I’m really grateful that he’s given us his love and especially his trust. Even if he doesn’t look very trusting in this picture.

I’m not really sure about this week’s schedule. The beginning of the week, yes. The end of the week, much less so. I had a terrible time figuring out what I actually wanted to read, and I wouldn’t be at all surprised if I change my mind by the end. We’ll see… 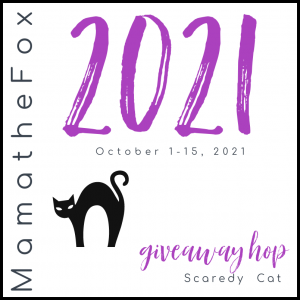 The winner of the Falling Into Leaves Giveaway Hop is Crystal 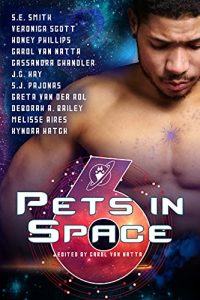 A Review:  Pets in Space 6 edited by Carol Van Natta
Howloween Giveaway Hop
A Review: Under the Whispering Door by TJ Klune
B Review: Fixing to Die by Miranda James
A- Review: An Elderly Lady Must Not Be Crossed by Helene Tursten
Stacking the Shelves (465) 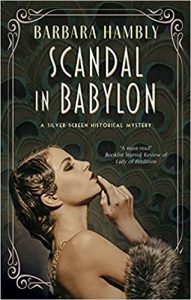 Nothing But Blackened Teeth by Cassandra Khaw (review)
Along the Saltwise Sea by A. Deborah Baker (review)
The Hacker by Anna Hackett (review)
Scandal in Babylon by Barbara Hambly (review)
Grave Reservations by Cherie Priest (review)