Welcome to the Howloween Giveaway Hop, hosted by The Kids Did It! &  The Mommy Island

Are Halloween decorations starting to go up in your neighborhood? Or are they already here? One of our neighbors seems to have hired a service to set theirs up. Which was an interesting thing to watch.

As we have discovered during the two normal years we’ve been in this house – last year was certainly nothing like normal! – we don’t get many trick-or-treaters because we live on a cul-de-sac. We’ll still have candy but don’t expect many takers. Although we’ve heard that the through streets in the subdivision get deluged.

We do have our own living Halloween decoration in Lucifer, but he doesn’t pose in the windows to make the house look seasonally appropriate. But he’s always lurking! 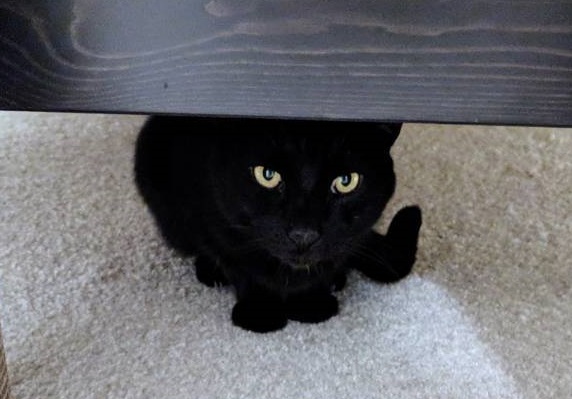 But speaking of Halloween decorations, and waiting for trick-or-treaters, here’s your chance to get a little something to put up, to give out, or to read to put yourself among the holiday spirits.

For more fabulously spooky prizes, be sure to visit the other stops on this hop!