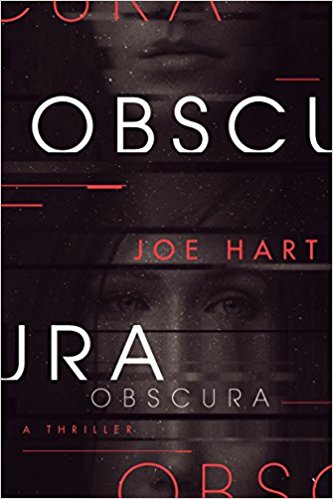 In the near future, an aggressive and terrifying new form of dementia is affecting victims of all ages. The cause is unknown, and the symptoms are disturbing. Dr. Gillian Ryan is on the cutting edge of research and desperately determined to find a cure. She’s already lost her husband to the disease, and now her young daughter is slowly succumbing as well. After losing her funding, she is given the unique opportunity to expand her research. She will travel with a NASA team to a space station where the crew has been stricken with symptoms of a similar inexplicable psychosis—memory loss, trances, and violent, uncontrollable impulses.

Crippled by a secret addiction and suffering from creeping paranoia, Gillian finds her journey becoming a nightmare as unexplainable and violent events plague the mission. With her grip weakening on reality, she starts to doubt her own innocence. And she’s beginning to question so much more—like the true nature of the mission, the motivations of the crew, and every deadly new secret space has to offer.

Merging thrilling science-fiction adventure with mind-bending psychological suspense, Wall Street Journal bestselling author Joe Hart explores both the vast mysteries of outer space and the even darker unknown that lies within ourselves.

Obscura was, in the end, unexpectedly marvelous.

At first, the book reminded me of Lock In by John Scalzi. There’s a disease that seems to have come out of nowhere, but is rising in incidence throughout the population, and so far, there’s no cure. Losian’s Syndrome in its way is even scarier than Hadens – because Hadens preserves the person while leaving the body behind (sorta/kinda) while Losian’s resembles Alzheimer’s in that it preserves the body while stealing away the person by separating them from the memories that make them who they are.

Unlike the scenario in Lock In, however, Losian’s is not yet widespread enough to force governments to inject massive amounts of research funding. Dr. Gillian Ryan is all alone, with only her lab assistant for company, as she studies the disease that took her husband and is now taking her daughter. As the story begins, she feels as if she is on the threshold of a breakthrough, but her funding has been eliminated.

She feels like she has nowhere to turn, except to the opioids that she is addicted to, when an old frenemy contacts her seemingly out of the blue. NASA needs her help, and they are willing to give her unlimited funding to study Losian’s – in exchange for six months of her life aboard the space station.

This is not, of course, out of the goodness of their hearts. If they have any. NASA has a problem, and Gillian is the only researcher who is working on anything that might possibly offer a solution.

Of course, all is not as it seems. The disease may be, but nothing that surrounds NASA’s offer to Gillian bears a whole lot of resemblance to the truth – or even has a nodding acquaintance with it.

In the end, this is a story about secrets. NASA lies to Gillian, Gillian lies to NASA, and everyone is lying to everyone else. And while Gillian’s research into the cure for Losian’s bears fruit, it is not remotely related to the problem that NASA hired her to solve.

Not because she’s not a good scientist, but because NASA doesn’t know what the problem really is. Once Gillian finally sees the truth for herself, she realizes that she is, after all, NASA’s best hope of solving it – not because of her scientific strengths, but because of her human weaknesses.

Escape Rating A-: The beginning of the story moves a bit slowly. There is a lot of set-up involved before the story gets off the ground, both literally and figuratively.

This is one of the other points where the story reminds me of Lock In, as in Obscura the author needs to take some time and a fair number of pages to introduce the world as it is in this near-future, as well as the issue of Losian’s and Gillian’s reasons for attempting to cure it as well as her setbacks in working on that cure.

Lock In solved this problem by introducing Hadens in the prequel, Unlocked. It meant that Lock In could start rolling immediately, but that readers who had not picked up Unlocked first could be, and often were, lost.

Part of what kept me going at the beginning of Obscura was just how many stories it reminded me of. When we finally hear a truth about what has gone wrong at the space station, it sounded a lot like two interlinked Star Trek episodes, the Original Series episode The Naked Time, and the Next Generation episode The Naked Now. In those stories a virus runs rampant through the crew, causing people to lose all their inhibitions, expose their innermost selves, and, if left unchecked, eventually results in death by extreme stupidity.

That resemblance turns out to be a red herring, but it kept me going for quite a while. And it may be a pink herring. The results are very similar to the virus in Trek, but the cause turns out to be something different all together.

There are also elements of both The Martian and The Retrieval Artist series. Just as in The Martian, Gillian spends an incredible amount of time completely isolated. The circumstances are not dissimilar in a number of ways. She is, in the end, equally as productive as the hero of Andy Weir’s book – but her reaction also feels more human in that she keeps focus in some directions but loses it in others – going more than a bit crazy and hitting absolute bottom – while still continuing to work.

The Retrieval Artist series is a detective series set on in a lunar colony, and in the end, Gillian is accused of a crime she did not commit and is forced to become a detective in order to set herself free.

But in spite of, or in some cases, because of the resemblances, the second half of this book kept me on the edge of my seat. I had to see what happened next, and whether Gillian managed to get herself out of the huge mess she found herself in. The actual ending contained both a surprise and a delight as well as a dose of reality.

One final thought – as a Star Trek fan, I couldn’t help but be struck by one revelation of the story – Bones was right.