I’ll be honest. I read Beauty Dates the Beast for pure fun. And it absolutely totally was. Pure fun. In the middle of moving it was exactly what I was looking for.

Jessica Sims’ Beauty Dates the Beast is about an escort service. But this isn’t your usual sleazy escort service. This isn’t even your usual swanky escort service, although it is very expensive and has a very select list of clients, and an even more select list of escorts. This agency caters to the fanged, furry and finny among the population. Talk about special requests! Vampires, werewolves and other creatures that go bump in the night apparently aren’t willing to do the old bump and grind with just anyone. At least the high-rollers among them aren’t.

Bathsheba Ward works for Midnight Liaisons. Bathsheba is a human, so she is not one of the escorts. She only arranges the liaisons, she doesn’t go out on them. Until Beauregard Russell gets stood up by his escort. Beau Russell is head of one of the cat-shifter clans, and Bath doesn’t have a substitute she can send, so she goes in person to apologize. When Beau wants her for herself, human frailties and all, Bathsheba’s world starts to unravel.

Beau is in town for more than just a date, and Bathsheba has way, way more problems than just keeping her boss from discovering that she’s interested in a client. When a member of Beau’s clan is kidnapped, and Bath’s secrets are exposed, she’s not sure who she should trust with her secrets. Because when Beau learns what Bath has been keeping from him, she’s afraid he might have to make a bargain that she can’t live with.

Will love conquer all?

Escape Rating B+: This was a great escape read. I was looking for something to take me out of the middle of moving, and this was absolutely terrific for that. The only problem was the whole move was still waiting for me when the book was done. I would definitely recommend Beauty Dates the Beast for anyone looking to get whisked away for a few hours! 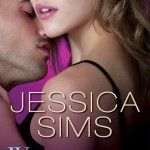 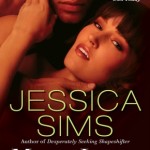