Dancing Naked in Dixie by Lauren Clark lives up to its teasing, tantalizing title. Every single bit of it. And it’s marvelous, in more and surprising ways than you might expect from the breezy picture on the cover.

Globe-trotting travel writer Julia Sullivan sputters that she’d rather dance naked for her next assignment than go to Alabama. However, she’s going to Alabama, and there is no way she’s getting out of it.

Julia’s been in kind of a slump recently. Like two years recently, ever since her mother died. She’s used her jet-setting, travel-writing job as a way of avoiding, well, pretty much everything. Especially her own problems.

What she hasn’t been doing is actually connecting with any of those fantastic places that she’s visited. Which means that her travel writing hasn’t been what it used to be. And the new editor of Getaways magazine is just the person to make sure she gets back on track. Or make sure she goes out the door. The new editor is her very much estranged father. 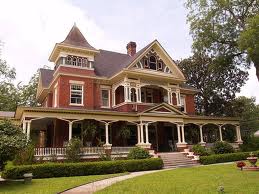 And he’s sending her to Eufaula, Alabama, to cover the Annual Pilgrimage, and do it right, damn it, or get fired.

Even if Julia would rather dance naked than find herself in the Heart of Dixie.

But once she gets there, after leaving her luggage behind and suffering one mishap after another, Julia discovers a few things.

Being forced to slow down a little gives her a chance to do some real travel reporting again, and not just take pictures. Connecting with the people of Eufaula makes her connect with herself again. And even though it hurts, it’s a good hurt.

And about that reporting…there’s some shady dealing going on under the shady porches of sleepy Eufaula. A real estate developer is doing something underhanded with the city council, and against the historic commission.

But the head of the historic commission, well, there’s just something about Shug Jordan that’s touched Julia’s heart in all the right places. It’s too bad he already has a conniving witch of a fiance.

And Julia’s just in Eufaula to write a story, go back to New York and save her career. If her story does its job, it should save the Annual Pilgrimage, too. She’s not supposed to be an investigative journalist. And she’s not planning on falling in love with a small town in Alabama or with a man named after a Football coach. Not a city girl like her. Not going to happen.

Escape Rating A: This is the story of Julia’s journey. She does happen to get the guy at the end, but really, that’s the icing on the cake. Or maybe even the sprinkles on top. For this reader, the real story was in Julia getting her act together all the way across the board and the HEA is the prize.

Julia starts out pretty messed up for really good reasons. And she’s been running away from her problems through travel, which is not a bad way to do it if someone else is footing the bill.

But going to Eufaula makes her face everything, and she does. She also falls in love with the place and almost all the people. And she solves some really, really big puzzles in her own life. She makes some good friends, heals some old wounds, and gets a fantastic reward in a terrific guy.

But reading her journey is what makes the story so good. 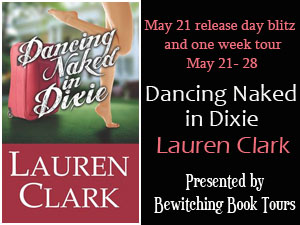 4 thoughts on “Dancing Naked in Dixie”