This is the Creepy Crawly edition of Ebook Review Central. 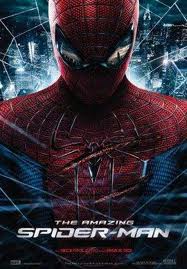 Why Creepy Crawly? Six publishers, six legs. Spider-post. (Yes, we saw Spider-Man last week. Not bad, not bad at all.)

But we’re talking publishers, and not necessarily superheroes, although there might be a superhero book in the bunch. You’ll have to check the database. Take a look at the Amber Quill Press, Astraea Press, Curiosity Quills, Liquid Silver Books, Red Sage Publishing, and Riptide Publishing lists for June 2012. Maybe somebody published a superhero book this month.

Even if they didn’t, you’ll have fun seeing what they did publish, and what reviewers had to say about it.

What usually strikes me about the multi-publisher issue of ERC is that there are generally a lot of titles, but not a lot of reviews. There’s been a lot of discussion recently about the “epidemic of niceness” in online reviewing. If you haven’t seen the original article, it was  posted in Slate.

Unlike the New York Times Book Review, bloggers are not paid to write reviews. So, as a group, we may only spend our time writing reviews of books we like. Also, as Barbara Hoffert pointed out in an essay at Library Journal titled F. Scott Fitzgerald, Best-Selling Ebooks, and the Problem with Online Book Talk, bloggers are “out there” in terms of protection from legal repercussions if an author doesn’t like what we say. Library Journal has over a century of history behind it. It has a business structure. Most importantly, it has lawyers to defend its employees.

So, some of that epidemic of niceness may be a case of the old adage, “if you don’t have anything nice to say, don’t say anything at all”. In which case, a ton of good reviews probably means that a book is at least a decent read (Think of how Rotten Tomatoes crowdsources movie ratings). But if no one is reviewing a book, it means something else. It might mean that the book hasn’t found its audience.

And it might mean that no one has anything good to say, so everyone is keeping their keyboards disengaged.

But there were books this week that generated plenty of reviews. Let’s talk about the featured titles for this week. 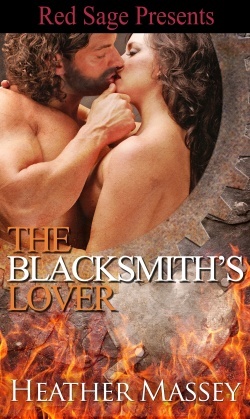 Clanking into third place this week is The Blacksmith’s Lover by Heather Massey. This is the second book in her Clockpunk Trilogy, after The Watchmaker’s Lady. It’s a short, intense, erotic story of Sarah, a young woman who escapes abuse at the hands of her employer to find refuge with a rather unusual blacksmith outside West Boylston, Massachusetts in 1840. Viktor doesn’t just make horseshoes. In his hidden workshop, he makes clockwork animals, steam-powered clockwork animals, and all manner of fascinating devices. Keeping the secret of his special crafting out of the wrong hands is the reason Viktor fled his native Russia. But once Sarah and Viktor start an affair, he uses his mechanical skills to defend her, even against a rival clockworker employed by her insane former employer. This steampunk story is hotter than the blacksmith’s forge! 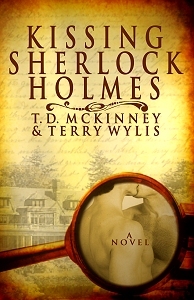 Number two for this week wafts in on a puff of pipe smoke. Kissing Sherlock Holmes by T.D. McKinney and Terry Wylis is a new Sherlock Holmes case with one difference. Instead of Holmes being indifferent to his emotions, Holmes both gets engaged to a headstrong young woman AND embarks on a passionate affair with his friend Dr. John Watson. Oh yes, there’s a mystery to be solved, a tiny little thing about a sadistic blackmailer threatening to undermine the government. The idea that Holmes and Watson are in a relationship has been around forever. BBC’s Sherlock lampshades it at every opportunity. Most of the reviewers say that Kissing Sherlock Holmes does a reasonable job treating the relationship as a real possibility, with a couple of minor quibbles. Everyone seems to have solved the mystery too quickly. For a very funny, and snarky, opposing view of the book, read Julie’s review at Word Weary, it’s a scream. 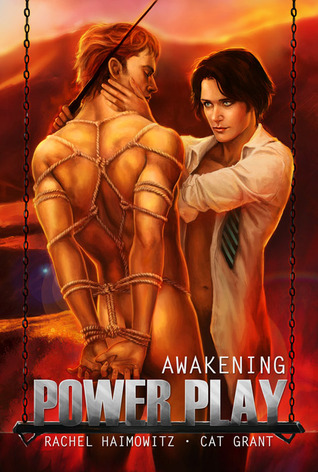 It seems like it’s inevitable. The number one book this week is from Riptide Publishing. This week’s selection is Awakening by Cat Grant and Rachel Haimowitz, the latest entry in their Power Play series. This one is definitely not for the faint of heart. The Power Play series makes no apologies about playing with all four letters of BDSM; the two characters of this series, Jonathan and Brandon are in a consensual Dom/sub relationship, and in this second book of the series, Brandon has entered into a new phase of his relationship with Jonathan for a $3 million payout. It was the only way he could get Jonathan back. But to do it, he has to prove that he’s every bit the masochist that dominant and sadist Jonathan wants and needs. Because Brandon loves him that much. But it takes them both a lot of pain to get there. And not all of that pain, not by any stretch of the imagination, is physical.

Now it’s time for the spider to climb back to the center of her web until the next hexapost. Ebook Review Central will be back next week, when we’ll turn our gaze to the Carina Press July titles. I’ve found a Monster in My Closet, but no superheroes so far. Guess I’ll just have to keep looking.