This week on Ebook Review Central we have the multi-publisher wrap-up of July 2012. After this week, we’ll move on to the August titles for the publishers that ERC turns its eagle eye (or beady eye, take your pick) upon.

But until next week, it’s still mid-summer. I’m in Atlanta, Georgia, it IS still summer. We’re looking at the July 2012 titles from Amber Quill Press, Astraea Press, Curiosity Quills, Liquid Silver Books, and Riptide Publishing. Red Sage Publishing would normally be in that list, but they didn’t publish any new titles in July. That didn’t keep their titles from the previous months from garnering some new reviews, and the database has been updated to reflect those.

The surprising thing about this week’s featured titles is that Riptide did not run away with the reviews. They weren’t even in contention for running away with the featured list. Don’t get me wrong, they absolutely earned their first place spot on the list. Someone will need to pick me up off the floor the day Riptide doesn’t earn one place on the list, even with six publishers’ titles in contention. It’s just rare that they don’t look to take all three spots.

This week they weren’t even close to taking all three spots. First place however, was all theirs. 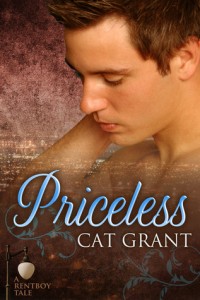 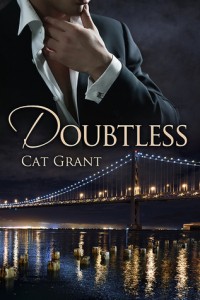 Cat Grant’s Doubtless, published by Riptide, absolutely ran away with first place. Any book that generates enough heat to get 21 people to post reviews (and remember that I’m talking about reviews outside of Goodreads and Amazon!) has got to be worth taking a look at. Doubtless is the followup to Grant’s May standout title, Priceless, another ERC feature, and follows the same characters. What Doubtless is not, as so many reviewers were careful to say, is a typical HEA. What it is, however, is a “compelling journey of self-awareness” as one reviewer so eloquently put it. Steve Campbell is professionally successful and personally miserable at the beginning of the book. It’s not until after his first encounter with Dylan Monroe, a confident and self-assured male escort, that Steve begins to realize that the reason he’s lonely is because he’s been looking in the wrong direction. 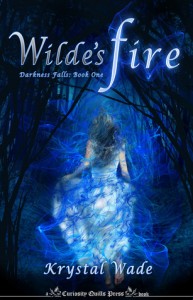 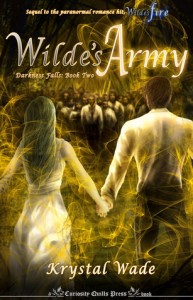 The second book in this week’s feature is also a sequel, and also from that same May list. Wilde’s Army by Krystal Wade is the second book in her Darkness Falls series from Curiosity Quills. The first book in this YA genre-bender (part paranormal romance, part urban fantasy) was Wilde’s Fire, and it was the absolute runaway of the May titles. It’s no surprise that so many of the readers who were caught up in the story of the girl who actually traveled to the magical world she dreamed of wanted to continue the adventure. And what an adventure it is! The adventure continues at an incredibly fast pace, and it’s even more difficult to figure out which are the good guys, and which are the bad guys. No one, and it seems like no one, can stand the suspense until book three comes out. 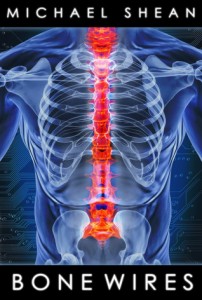 Imagine a world where your spine might be a precious commodity, but not necessarily the rest of you. Did a shiver just run up your…spine? That’s just a tiny hint of the action in Michael Shean’s Bone Wires, the third featured title this week, also from Curiosity Quills. Bone Wires is, dare I say it, a curious mix of Biopunk, Cyberpunk and dark science fiction with just that touch of urban fantasy. Or at least the part of urban fantasy that involves solving nasty crimes in an urban setting. It’s just that this particular setting is in the far future, and being a cop is a job that ranks somewhere below street-sweeping. Both involve taking out the trash in Shean’s not-so-brave new world. Shean’s description of a future America where police forces are operated not by the government, but by private corporations sounds, just a little too close to the possible.

So there you have it for this week, and for July 2012. One runaway feature for Riptide with Cat Grant’s Doubtless, and two solid hits for Curiosity Quills with Wilde’s Army and Bone Wires. 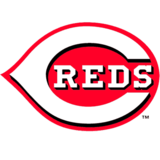 Ebook Review Central will be back next week with Carina Press’ August 2012 titles. It looks like I get to go back to baseball metaphors for a while. My hometown Cincinnati Reds clinched their division.