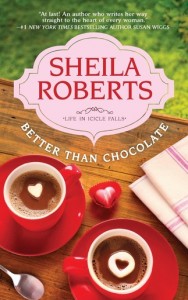 Sweet Dreams Chocolate Company has been in the Sterling family for generations, ever since Great-Grandma Rose literally dreamed up her first fabulous recipe. But now it looks as if they’re about to lose Sweet Dreams to the bank—and that would be a disaster, not only for the family but for the town of Icicle Falls, Washington. Can Samantha, the oldest daughter and new head of the company, come up with a way to save it?After Samantha does some brainstorming with her mother and sisters, inspiration strikes. They’ll have a chocolate festival! Time’s running out, but the Sterling women are determined and the town’s behind them, so everything’s bound to go smoothly.

Or not. Events seem to be conspiring against Samantha, and her mother’s attempts to help aren’t helping. To make matters worse, the fate of her company is in the hands of her archenemy, Blake Preston, the bank manager with the football-hero good looks. It’s enough to drive her to chocolate. But Blake’s also enough to convince her that (believe it or not) there’s something even better than chocolate.

Let’s get this one out of the way right now, there are very few things better than chocolate. But true love might be one of them. And that’s the whole point behind this heart-warming story of a woman who has less than two months to rescue her family’s chocolate company–and by extension, the small town that depends upon it.

The romantic love story in Better Than Chocolate takes a back seat to the family love and the small-town neighborly affection and support type of love, but that’s absolutely okay. Because this is one of those stories where the heroine needs to get everything together (and so does the hero, just differently) before she’s in the right place for her happily-ever-after. The HEA is the chocolate syrup on this sundae.

Samantha Sterling’s first love has always been her family’s business, Sweet Dreams Chocolate Company. And that business is in dire straits, also because of family. Samantha’s mother, Muriel, stepped from marriage to Sam’s father Stephen, directly into a second marriage to Waldo. That business was her family’s legacy to their daughters, but nothing was ever put in writing, and Muriel wanted to please her new husband. Waldo had no head for business. At his death, Samantha found herself assessing the horrible damage.

She had less than two months to save everything, and no idea how to do it. She also held a load of resentment toward her mother, who had no head for money, and just trusted her husband implicitly, instead of her daughter.

Icicle Falls, Washington, depends on two things, steady employment from Sweet Dreams, and tourist money from skiers. Tourism is down because of the recession, and it’s been a warm winter, with not much snow.

If Sweet Dreams closes, it’s not just the death of the Sterling Family legacy, but it will deal one heck of a blow to the town’s economy. So Samantha tries to plead with the bank for one last chance to turn things around, only to discover that the new bank manager is unable, or unwilling to give Sweet Dreams another extension. And that Blake Preston, the new manager and former football hero from Icicle Falls High School, is just as hot in a suit and tie as he was when he was a high school senior and she was a lowly freshman. 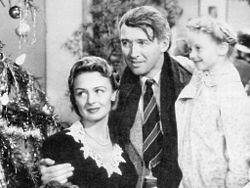 Too bad he’s Scrooge. Or maybe that should be Mr. Potter, the venial bank manager from It’s a Wonderful Life. Blake Preston is the enemy.

If the bank won’t give her a loan, Samantha has to find another way to save the company. And that’s when her sister comes up with the brilliant idea for a Chocolate Festival. Before Valentine’s Day. Less than six weeks away.

The story of Better Than Chocolate is the whole town pitching in, often with hilarious results, to make the Icicle Falls First Annual Chocolate Festival a roaring success. As successful as the festival is, it still isn’t enough to save Sweet Dreams.

Samantha needs an angel. Maybe a frenemy will do.

Escape Rating B+: I think that how readers are going to feel about this book will depend a lot on what they are expecting. I enjoyed the small-town feel of Icicle Falls, and loved how the town both pulled together to get the Festival ready, and how some of the long-standing feuds still had impact. There are some people who can’t let go of their high school grudges, even 10 or 15 years later, even if the whole town will get hurt in the process. It’s petty but it feels real.

The character of Sam’s mother Muriel drove me crazy. On the one hand, I love the support group that picks her up. The LAMs (Life After Marriage) are awesome. That Muriel dove into a tailspin when she was widowed is understandable. But that she was so totally clueless about money gave me the heebie-jeebies for a character who is around 60, not 80. This particular stereotype is one I truly dislike.

The romance between Sam and Blake isn’t the main point of the story. The story is saving the company and pulling off the chocolate festival. It’s also about Blake figuring out how to be his own man and not a corporate whipping boy. But the best parts are the Sterling women negotiating their new places in each others’ lives and in Sweet Dreams. Sam learns that the way to save the company is not to try to do it all herself, but to bring out the best in everyone.

3 thoughts on “Review: Better Than Chocolate by Sheila Roberts”