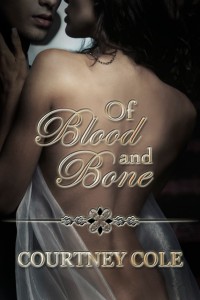 Luca Minaldi is powerful, rich and mesmerizing. But he is also a reclusive enigma. He lives in Malta, a fairytale-like place filled with sunshine and sea, beauty and secrets. And Luca’s darkest of secrets is the best kept of them all.

Eva Talbot is spending the summer in Malta to finish up her doctoral dissertation. When she meets Luca, a mysterious and handsome shipping magnate, there is an instant attraction. He has a disturbing and beautiful energy that she has never felt before. But she senses the darkness that lives within him.

Eva is hired to care for his mother, a woman who suffers from dementia, but it is Luca who Eva will eventually risk everything to save. She desperately wants to reach inside of him and fix what is broken, while at the same time, she knows that she is falling for him. Her life becomes a swirling chaos of darkness and romance, of secrets and mystery. And the question that emerges will become the most important answer of all.

Can she save Luca from the darkness that plagues him without losing herself?

The answer is a matter of life or death.

Be prepared to be surprised. From the description, even from the title, I expected Of Blood and Bone to be a paranormal romance. It isn’t. Think of it as romantic suspense, but of the old-fashioned gothic school of suspense.

Except that the heroine is a psychiatrist. One who falls in love with her patient, even after he has slightly kinky sex with her, and then doesn’t remember it the next morning. But Eva’s not licensed to practice yet, so she’s not violating any rules.

And Luca Minaldi technically isn’t her patient. His mother is. If Eva Talbot could technically have patients. Which she can’t.

Eva’s sure that there’s a scientific explanation for everything. Even the murders.

And she’s right. It’s just not the explanation that anyone thinks it is. And just when everyone thinks it’s over…it isn’t.

Escape Rating B: Luca compares himself and Eva to Heathcliff and Catherine, except that he’s sure that his monstrosity is a real curse and not just a character flaw. Eva names his problem Jekyll & Hyde syndrome, but is certain there’s a real disease behind it. There will be a point in the story where most readers will be certain Luca is a werewolf. It’s not that simple.

Even when you start to figure out who, and you get the glimmer of how, you won’t know why. That was the suspense that kept me riveted to my iPad. But Eva the psychiatrist should have figured things out long before I did, no matter how distracted she was be her affair-gone-wrong with her all-too-hot would-be patient.

But the series is off to a absolutely fascinating misdirecting start. I was so sure I knew what book 2 in the series would be, and then, on the last page, the author totally threw me into another direction. Again. Whiplash. Wow.

2 thoughts on “Review: Of Blood and Bone by Courtney Cole”