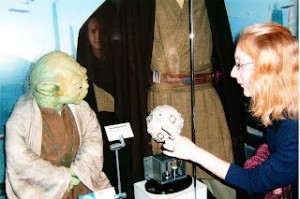 I’m always happy to host a fellow member of the SFR Brigade! My guest today is Aubrie Dionne, the author of the fantastic science fiction romance series A New Dawn. Aubrie is here to talk about the series, especially the final book in the series, Haven 6. (see review at Book Lovers Inc for more details)

This series has told a fascinating story of the last of the human race as it makes its way out among the stars, searching for a new home in colony ships on generations-long voyages. For the story of those ships, see Paradise 18 (reviewed here at Reading Reality), and Tundra 37 (reviewed at Book Lovers Inc.) Where it all began is told in A Hero Rising (review at BLI).

But now, here’s Aubrie to tell us about her writing journey. And if you want a copy of A New Dawn for your very own, take a look at the giveaway at the end. 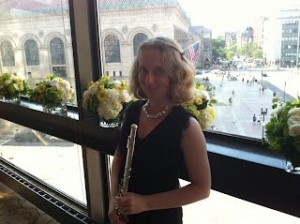 Marlene: Hi Aubrie! Can you please tell us a bit about yourself?

Aubrie: I’m a professional flutist by day and a writer by night. I make up stories to go along with the music that I play or teach, so the stories were always there in my mind ever since I started playing at age 9. Some of my flute students said I should start writing them down, and here I am today!

Aubrie: I write before work, then a little after work. I used to be a panster, but now I have to submit a synopsis to my agent to get my work on her reading list in time. So, now I plot. It works much better for me, because I’ve already figured out the story and I don’t get writer’s block nearly as much.

Marlene: What is it about the fantastic and the futuristic that draws you to write in those worlds? Why do you make yourself go through the pain of creating a new world for each story instead of writing contemporary?

Aubrie: Contemporary always seemed harder for me. I had no glorious settings to hide behind, and I knew anything I wrote about had to be realistic. That ruled out a lot of stuff for me, because I have no idea how a lot of things in the real world work! Like a cop- what is their day like? Who knows? Or an archaeologist?  Sounds cool, but I really don’t know what they do day to day. So, when I finally decided to take the plunge and write contemporary, I wrote about something I knew a lot about: music. Then, I branched out from there!

Marlene: In your blog, you mention your love of science fiction, but what was your inspiration for the New Dawn series? Why a “human race diaspora” story in particular for the series?

Aubrie: That’s what I think is going to happen to Earth. I’m so worried we’ll use up our resources and pollute ourselves into a bind. I want to know that we have a back-up plan. 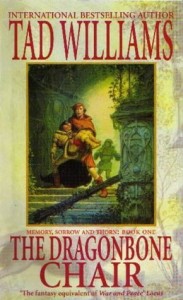 Aubrie: I love Patricia McKillip. My favorite book of hers is Winter Rose. Every sentence is beautiful and poetic. I also grew up reading Tad William’s Memory Sorrow and Thorn trilogy over and over again. I loved the alternating points of view and the way the main character, Simon, grows up throughout the books starting as a scullion and turning into the next King. 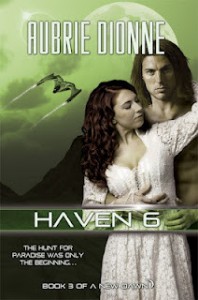 Marlene: What can we expect of Haven 6?

Aubrie: Haven 6 is epic. I had to tie in all the loose threads from the previous three books in the series and make the entire series arc make sense. It was no easy task for me. I wanted it to be a satisfying conclusion for my readers.

Marlene: How does playing a flute combine with being an author? Or does it? Explain about the flute, please?

Aubrie: I think I answered this in the first question. But, let me add that the two careers go very well together because they are both so flexible. I teach 3-8 Mon- Thurs, 9-3 Friday, and 8:30-5 Saturdays. All the rest of the time I can spend writing if I need to.

Marlene: What was the first moment you know you wanted to write?

Aubrie: Probably in grade school. My very first poem was about how I was sad I’d never see a unicorn! 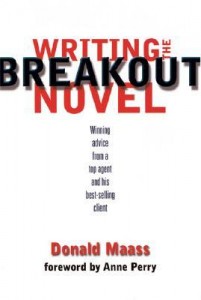 Marlene: What book do you recommend everyone should read and why did you choose that book?

Aubrie: They are adventurous, they give you a warm fuzzy feeling at the end, and I think it’s the perfect combination of romance and fantasy/sci fi. Not too technical, but not too steamy you’re embarrassed to read it out loud. 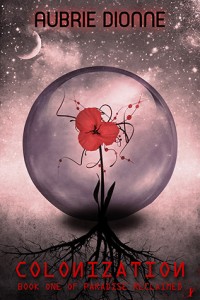 Aubrie: This is the end of the series, sadly. But, I do have a YA spin off series called the Paradise Reclaimed series. The first book, Colonization, comes out November 7th– which I think is the day of this interview!

Aubrie: Both! I need all the caffeine I can get!

Amen to the caffeine! And also, double for me on Memory, Sorrow and Thorn. That’s one that we kept on our keeper shelf, in hardcover, through all of our moves.  Thanks so much Aubrie, for the marvelous interview! 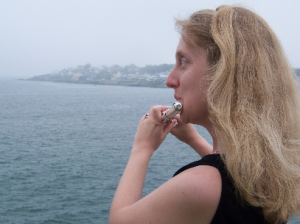 About Aubrie Dionne:
Aubrie grew up watching the original Star Wars movies over and over again until she could recite and reenact every single scene in her backyard. She also loved The Goonies, Star Trek the Next Generation-favorite character was Data by far- and Indiana Jones. But, her all time favorite movie was The Last Unicorn. She still wonders why the unicorn decided to change back to a unicorn in the end.

Aubrie wrote in her junior high yearbook that she wanted to be “A concert flutist” when she grew up. When she made that happen, she decided one career was not enough and embarked as a fantasy, sci fi author. Two careers seem to keep her busy. For now.

Her writings have appeared in Mindflights, Niteblade, Silver Blade, Emerald Tales, Hazard Cat, Moon Drenched Fables, A Fly in Amber, and Aurora Wolf. Her books are published by Entangled Publishing, Lyrical Press, and Gypsy Shadow Publishing. She recently signed her YA sci fi novel with Inkspell Publishing titled: Colonization: Paradise Reclaimed, which will release in October 2012.

A product of an illegal pairing, Eridani is the only woman without a lifemate aboard the colonization ship, the Heritage, and she is determined her less than perfect DNA will not get in the way of finding love. As the ship nears it’s final destination of Haven 6 after five hundred years of travel, images of the surface show evidence of intelligent life on a planet that’s supposed to be uninhabited. Commander Grier assigns Eri to the exploratory team to spy on the alien society and return with information on how to defeat them.

When Eri’s team lands, tribes of humans attack and Eri is saved by Striver, the descendant of a colonist and a pirate from Old Earth’s colonization efforts in other parts of the galaxy. Striver helps Eri rescue her team and they are drawn to each other despite their different allegiances. While Striver battles with trusting Eri, Eri must decide whether to warn him and his people about the commander’s intentions, or follow orders and complete her mission. 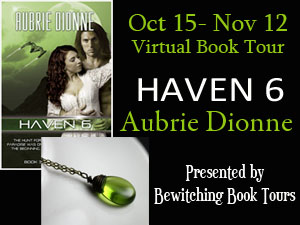 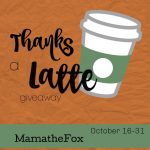 Thanks A Latte Giveaway Hop 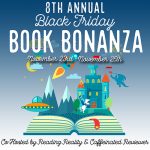