Today I’d like to welcome Sophie Barnes.  Her latest book in The Summersbys series, The Secret Life of Lady Lucinda, is coming out on Tuesday.  I’ve reviewed the first two books in the series, Lady Alexandra’s Excellent Adventure and There’s Something About Lady Mary here and here.

Marlene: Hello Sophie! Can you please tell us a bit about yourself?

Sophie: Hello Marlene! Thank you so much for having me here today – I’m thrilled to be your guest =) I was born in Denmark and go back there once a year to visit my family, have an international upbringing and studied design before realizing that writing was what I really wanted to do. The characteristics that best describe me are probably (in no particular order): dreamer, artist, mother, wife, nature enthusiast and tranquil.

Sophie: Ha ha – I’ve been asked this before, but my answer has changed since then =) I’m a pantser turned planner and I truly feel as if that’s made a really positive impact on my writing (quietly hoping that nobody disagrees…lol). It’s certainly made it easier for me to get a feel for the overall book and work out plot issues before I write myself into a corner and have to waste precious time on re-writing a chapter or two. As for my typical day, I take the kids to school at 8:30 in the morning and return home as quickly as possible so I can get started on my writing. When there’s a deadline pending, I do little else but write, which means that household chores like vacuuming and ironing are put on hold (yes, there are many dust bunnies under our beds and couches =)). On average, I write between 2000 and 3500 words per day, and then of course there’s a lot of social networking as well, so I keep busy =) At 3:30 I pick up the kids from school and do very little work until they go to bed, after which I may do a bit more.

Marlene: Wow, you have had an incredible year! How does it feel to have four books (plus a short story) published in a single year?

Sophie: Exhausting! LOL – it feels wonderful, even though I haven’t quite gotten used to the idea yet after all this time. It’s still a bit surreal and I sometimes wind up telling myself, “You’re an author – you’re actually an AUTHOR!!!”

Marlene: And is there a story behind your seemingly overnight success? (There’s usually a TON of work behind becoming an “overnight” success).

Sophie: Yes, there is a TON of work involved, and to be honest, I’ve worked my fingertips to the bone this past year, but I wanted to make a mark and get my name out there, so I decided that the best way to go about it would be to publish as much as possible as quickly as possible and then do a lot of social networking. The titles have also helped I think (work of genius from my editor and marketing department), since they don’t fade in with the rest – they’re different and so are the covers.

Marlene: On your website, you say that you never thought you’d make a career out of writing. Would you like to tell us the story of what happened to make you change your mind? 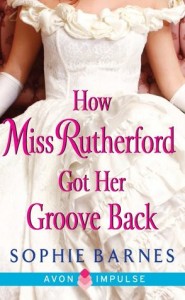 Sophie: I believe there are a few key factors involved. First of all, I was living in Africa until a couple of years ago where my husband was working and I was staying at home. Being the creative sort that I am, I embarked on several projects just for the sake of doing something with my time. The kids were born, and they became my focus. Then one day, I walked into the local bookshop and picked up Julia Quinn’s book Romancing Mr. Bridgerton. I had no idea who Julia Quinn was, but decided to try out her book which promised to be entertaining. Not only could I not put it down once I started reading, but when I finished I thought, why not write a book like that – how hard can it possibly be? Well, I definitely underestimated the difficulty in writing a book, but I was determined and so I wrote How Miss Rutherford Got Her Groove Back between naptimes, play sessions and while I waited for the kids to fall asleep in the evenings. At the end of the day, it’s all a question of how badly you want that dream of yours to come true =)

Marlene: And why did you choose to write Regency romances in particular? Was there any other part of the romance genre that caught your attention?

Sophie: I’ve always been a huge fan of historical fiction in general, and when I went through a phase in my teens where I decided to read only the classics, Jane Austen was my favorite. I love the film adaptations of her novels – there’s just something so utterly romantic about that whole era where etiquette ruled and the slightest misstep could lead to ruin. When I discovered that there was a whole genre dedicated to that period, I felt as though I’d stumbled upon a vast treasure =) That’s not to say that I don’t enjoy romances set in Victorian times or the occasional medieval one, but the Regency as grabbed my interest for now and I don’t see that changing any time soon.

Marlene: Please give readers a little introduction to the Summersby family?

Alexandra, Ryan and William Summersby are the Earl of Moorland’s three children with Alexandra being the youngest and William the oldest. Raised by their military father after their mother’s untimely death, all three of them, including Alexandra, have been trained as soldiers and have carried out work for the Foreign Office. In There’s Something About Lady Mary, however, Ryan has chosen to abandon this line of work in favor of pursuing a medical career since he’s more intellectually inclined. The plot takes place a year after Alexandra rode to France on a secret mission to find her brother William who’d been accused of treason. Fast forward another year and we meet William once again. He’s the sort of person who always makes an attempt at looking at a situation rationally rather than acting on impulse like his sister. In The Secret Life of Lady Lucinda, he’s decided to take a wife and settle down. Being the level-headed character that he is, he’s picked his bride based on logic, only to find himself saying his vows to a woman who unexpectedly traps him.

Sophie: There might be in an indirect sort of way – I have a few story ideas for Michael Ashford’s (Alexandra’s husband) sisters Cassandra and Caroline. This will have to wait however since I’m working on a different trilogy at the moment with entirely different characters.

Sophie: My writing is fast paced with a sense of humor and with a deliberate attempt to add interesting little facts so the reader may walk away feeling as though they actually learned something.

Marlene: What words of advice would you give to aspiring authors?

Sophie: Don’t give up, no matter what anyone says. Write every day, even if you don’t feel inspired – once you get started, the words and ideas will come. Join RWA and read all the advice those monthly magazines have to offer and do not let that manuscript sit in a drawer for years on end just because you’re too afraid of what people might think. Finally and very importantly, don’t be a diva – treat everyone with kindness and respect, because truthfully, romance writers, editors and bloggers alike, are some of the loveliest, most helpful people you’re likely to meet.

Sophie: When I was fourteen I won a writing contest at school – nothing big or anything, but enough to surprise my friends. They couldn’t believe that I (for whom English is a second language) beat them (they were British). Perhaps I should have realized then that this was where my future lay, but I was stubborn and wanted to study design. Fun fact – I wrote that story on my way to school the morning it was due =) 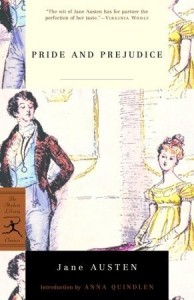 Marlene: What book do you recommend everyone should read and why that particular book?

Sophie: Tough question since there are so many! Right, I’m going to suggest Pride and Prejudice since that’s my favorite Austen book of all time.

Sophie: Coffee in the US and tea in Europe please =)

Thank you so much for stopping by today. I’ll be popping in throughout the day to chat with you and to answer any questions you might have.

If you’d like to follow my blog tour, I’ll be back tomorrow at Seduced by a Book for another interview.

Born in Denmark, Sophie has spent her youth traveling with her parents to wonderful places all around the world. She’s lived in five different countries, on three different continents, and speaks Danish, English, French, Spanish and Romanian.She has studied design in Paris and New York and has a bachelor’s degree from Parson’s School of design, but most impressive of all – she’s been married to the same man three times, in three different countries and in three different dresses.While living in Africa, Sophie turned to her lifelong passion – writing.

When she’s not busy, dreaming up her next romance novel, Sophie enjoys spending time with her family, swimming, cooking, gardening, watching romantic comedies and, of course, reading. She currently lives on the East Coast.

There’s Something About Lady Mary

Mary Croyden lives a simple life . . . and she likes it. But when she inherits a title and a large sum of money, everything changes. Forced to navigate high society, Mary finds herself relying on the help of one man—Ryan Summersby. Determined not to lose her sense of self, she realizes that Ryan is the only person she can trust. But Mary’s hobbies are not exactly proper, and Ryan is starting to discover that this simple miss is not at all what he expected . . . but just might be exactly what he needs.

The Secret Life of Lady Lucinda

Lucy Blackwell is desperate, reckless, and maybe a little bit crazy. That’s the only possible explanation for tricking a man she doesn’t know into a dance, a kiss, and an engagement—all in the middle of the biggest ball of the year! But Lord William Summersby is the final piece of her grand plan, and she’ll do what it takes to make this marriage of convenience work—as long as it’s convenient for her. She just never counted on falling in love . . .