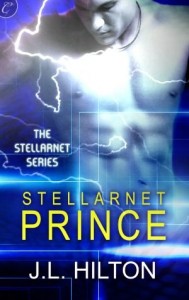 An otherworldly love. Human blogger Genny O’Riordan shares two alien lovers: Duin, a leader of the Uprising, and Belloc, the only surviving member of the reviled Glin royal family. Their relationship has inspired millions of followers—and incited vicious anti-alien attacks.

A planet at risk. A Stellarnet obsessed with all things alien brings kidnappers, sex traffickers and environmental exploitation to Glin. Without weapons or communications technology, the planet cannot be defended. Glin will be ravaged and raided until nothing remains.

A struggle for truth. On Earth, Duin discovers a secret that could spur another rebellion, while on Glin, Belloc’s true identity could endanger their family and everything they’ve fought for. Have the Glin found true allies in humanity, or an even more deadly foe?

What goes around comes around. Saying that is a universal truth seems even more applicable when the entire universe is really involved.

The Glin believe in a kind of “rule by committee” and their society works as a type of ultimate democracy. They aren’t technologically advanced in the way that humanity strives for, but it works for them. And think of Starfleet’s Prime Directive. We don’t know the best way their society should develop. Their way might turn out better. Who knows? 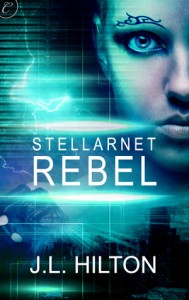 So when a “ruling clan” developed among the Glin, a clan that reserved certain artifacts and certain special ways to themselves, traditional Glin rose up and wiped them out, down to the last child. Duin, one of the main characters in Stellarnet Rebel (reviewed here) led that rebellion.

Duin kept a secret. He may have been the hero of the Uprising, but he let one child of the Star Tribe survive. That child, that prince, was just a baby then. Now he is a full-grown Glin. He’s also Duin’s co-husband to the human Genny Riordan. It’s Belloc.

Secrets come full-circle. Genny is the hottest thing on the Stellarnet, the all-the-time/everywhere news channel/invasion that is our internet + television on way too many steroids.

Their life with Genny is broadcast to everyone, everywhere, all the time. They have fans. They have enemies. They have stalkers.

Duin is the Glin ambassador to the UN, or its equivalent. Genny’s parents think she should be deprogrammed, so that she’ll leave Duin and Belloc.

And there are even more predatory races than the humans who are sniffing around Glin, races that the humans are supposed to protect Glin from. But maybe they’re not. Maybe all the negotiations are just a smoke screen to keep Duin busy while the humans sell his planet out from under him.

Because there are secrets that he doesn’t know. And secrets the humans don’t know. Maybe Belloc’s secret identity as the last Star Prince is the terrible liability that Duin has always thought it was.

And maybe it will be enough to save every Glin from extinction.

Escape Rating B+: The science fiction romance aspects were toned down a bit in this story. After all, the relationship between Duin, Belloc and Genny is already established to a significant extent. Not that they don’t still have some work to do together.

The space opera aspects of the story are the ones that really come to the fore in this one. Lois McMaster Bujold’s comment about science fiction being the “romance of political agency” comes into play here. Duin starts out as a political newbie. He thinks he’s not, but the UN-type agency is the big leagues, and he’s only played in the minors up til now. He’s on guard, but the game is just so much bigger. He knows they are all lying to him, but the lies are way huger than he imagines. The particular lie was a doozy!

The subplot with Genny’s parents was just a shade too predictable. Everyone should have been way more on their guard for that one.

But the space opera was top-notch, and I loved the surprise ending! I hope there are more in this series. There’s some terrific world-building here, and I’d love to see more in this universe.