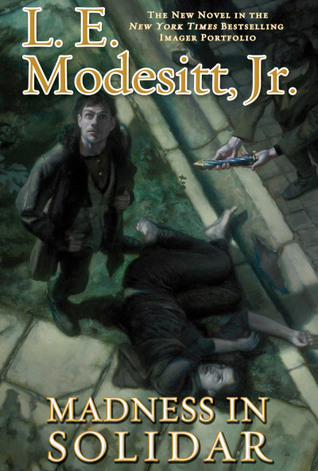 Four centuries after its founding, Solidar’s Collegium of Imagers is in decline, the exploits of its founder, the legendary Quaeryt, largely forgotten. The Collegium is so lacking in leadership that the dying Maitre must summon Alastar, an obscure but talented senior imager from Westisle far to the south who has little knowledge of politics in the capital, as his successor. When Alastar arrives in L’Excelsis and becomes the new Maitre, he finds disarray and lack of discipline within the Collegium, and the ruler of Solidar so hated by the High Holders that they openly refer to him as being mad.

To make matters worse, neither Rex Ryen, ridiculed as Rex Dafou, nor the High Holders have any respect for the Collegium, and Alastar finds himself in the middle of a power struggle, with Ryen demanding that the Collegium remove the strongest High Holders and the military leadership in turn plotting to topple Ryen and destroy the Collegium. At the same time, Ryen is demanding the High Holders pay a massive increase in taxes while he initiates a grandiose building project. And all that, Alastar discovers, is only a fraction of the problems he and the Collegium face. 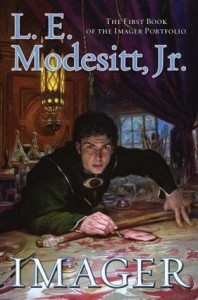 I have adored this series (The Imager Portfolio) since a friend shoved the first book, Imager, at me six years ago. The Imager Portfolio is a marvelous epic fantasy series with a couple of interesting twists. First, the heroes of the now three separate subseries solve their problems with a lot more brain than brawn. Second, although each series centers around a character who is coming into their own in one way or another, they are not traditional coming-of-age stories. In all three series, the main character is an adult (albeit a relatively young one in Imager) and knows who they are and what they plan to do with their lives. In each series, we see them grow and change when some or all of what they planned is turned upside-down. Or at least turned sideways. 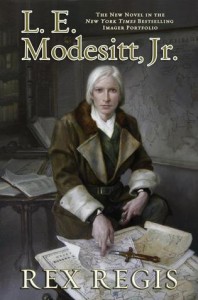 Madness in Solidar takes place at the historical mid-point between the events at the end of Rex Regis (reviewed here) and the beginning of Imager. In the story, the accomplishments of Quaryt in Rex Regis have taken on the patina of legend; all the members of the Imager Collegium know that Quaryt was their founder, but his specific accomplishments have faded into the misty past, as he intended.

Alastar, the new Maitre of the Collegium, finds that he needs to re-discover the techniques that made Quaryt into a legend, because the Collegium that Alastar has just taken over is a complete mess. While the situation for Imagers in Solidar are not quite as desperate as they were in Quaryt’s time, they are heading down that hill at speed. If Alastar can’t find a way to make the Collegium and its Imagers at least highly respected again, and soon, the days when Imagers are persecuted (and executed) are not far behind.

The Collegium is a total SNAFU. His predecessor as maitre was too sick, and possibly also too lazy and too conciliatory, to see that it was necessary for the imagers to be strong, respected and useful in order for them to maintain their place in Solidar politics. Especially since part of their charter was to use their power to maintain the balance between the Rex, the High Holders and the merchant Factors. Shy and retiring just doesn’t work when you are the fulcrum and everyone else thinks they have a lever.

Alastar represents change. He believes that the imagers have to be strong in order to survive, and he’s been left with a position of extreme weakness. Additionally, he is completely unknown, and relatively unknowing, of politics in the capital. He’s been at Westisle, where the position has not been so dire. Now he has to swim with the political sharks in order to keep the Collegium afloat. 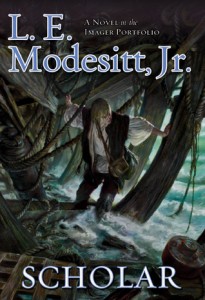 It does not help his situation that the current Rex is not exactly the most capable man to hold the throne since the days of Rex Bhayar and the unification of Solidar, as seen in Scholar, Princeps, Imager’s Battalion, Antiagon Fire and Rex Regis. The question is whether the current Rex is simply insane, or just monumentally uncaring of the effects his edicts have on his people. The High Holders, the Factors and even the military are all itching to stage a coup.

Only Alastar and the Collegium can ensure an orderly change of leadership. And only if Alastar can bring his Imagers back to the level of fear, or respect, that they held in Quaryt’s time.

Or if he can bluff really, really well.

Escape Rating A: I grab this series the minute it comes up on Edelweiss, usually months ahead of publication. Then I can’t wait to read them and have a review ready 6 months before I can publish it.

Also starting my countdown until the next book in the series.

Alastar as a main character was an interesting choice, on the one hand, he has a lot of crap to clear up, and making big changes makes for great stories. On that other hand, Alastar is in his late 30’s, making him a rather mature hero to be coming into his own power.

He’s also very much a fish out of water, as all of his experience has been off in remote Westisle, and he finds himself dropped into the middle of a huge political crap-pile. He has to straighten out the problems within the Collegium at the same time he is hoping he can get the whole country back on track. Inside the Collegium he can display his power openly, but the Imagers have not and cannot rule the country. He has to maneuver his way into being the power behind the throne, but first he has to rearrange things so that a reasonable person is sitting on that throne, without showing too much of his hand.

He’s stuck very much in the middle, or muddle, and being attacked on all sides. Not just academic attacks within the Collegium, but actual ordinance attacks as some of the more unscrupulous nobles attempt to use his predecessor’s weakness and the current Rex’ insanity as a way of removing both the throne and the College in one fell swoop.

Alastar makes both good allies and bad enemies to save the Imagers. The size of the backlash he will have to deal with in the next book will show just how much he succeeded.