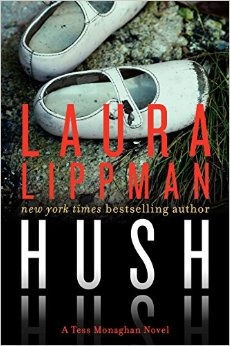 The award-winning New York Times bestselling author of After I’m Gone, The Most Dangerous Thing, I’d Know You Anywhere, and What the Dead Know brings back private detective Tess Monaghan, introduced in the classic Baltimore Blues, in an absorbing mystery that plunges the new parent into a disturbing case involving murder and a manipulative mother.

On a searing August day, Melisandre Harris Dawes committed the unthinkable: she left her two-month-old daughter locked in a car while she sat nearby on the shores of the Patapsco River. Melisandre was found not guilty by reason of criminal insanity, although there was much skepticism about her mental state. Freed, she left the country, her husband and her two surviving children, determined to start over.

But now Melisandre has returned Baltimore to meet with her estranged teenage daughters and wants to film the reunion for a documentary. The problem is, she relinquished custody and her ex, now remarried, isn’t sure he approves.

Now that’s she’s a mother herself–short on time, patience–Tess Monaghan wants nothing to do with a woman crazy enough to have killed her own child. But her mentor and close friend Tyner Gray, Melisandre’s lawyer, has asked Tess and her new partner, retired Baltimore P.D. homicide detective Sandy Sanchez, to assess Melisandre’s security needs.

As a former reporter and private investigator, Tess tries to understand why other people break the rules and the law. Yet the imperious Melisandre is something far different from anyone she’s encountered. A decade ago, a judge ruled that Melisandre was beyond rational thought. But was she? Tess tries to ignore the discomfort she feels around the confident, manipulative Melisandre. But that gets tricky after Melisandre becomes a prime suspect in a murder.

Yet as her suspicions deepen, Tess realizes that just as she’s been scrutinizing Melisandre, a judgmental stalker has been watching her every move as well. . . .

This is a gripping psychological thriller of a story about the past catching up with the present. Also that those who do not learn from history are doomed, or perhaps condemned, to repeat it. Along with a dose of the one about all happy families being alike, but every unhappy family is miserable in its own unique way.

For the Dawes family, that unhappiness is uniquely awful. Or at least there are a minority of families that face their particular brand of unhappiness, and thank goodness for that.

Melisandre Dawes’ narcissism is not the unusual bit. Unfortunately, there are probably lots of families where someone is that totally self-absorbed. As far as Melisandre is concerned, the world, no, the universe revolves around her. And it’s actually true for her, because she makes it so, either by using her startling beauty, her mercurial temper, or her family wealth.

But her 2-month-old baby couldn’t be swayed by any of those things. Isadora’s colic never ended. And Melisandre, admittedly, had a history of postpartum depression. So when she drove her baby to the boathouse and left her in the car to bake, Melisandre was found not guilty using an insanity plea. And possibly a lot of money, but no one ever proved it.

It’s 12 years later and double-jeopardy applies, so Melisandre has come back to the U.S., back to Baltimore, and is making a “documentary” film about women who kill their own children as a way of getting back into the lives of the two daughters she left behind. But now Alanna is 17 and Ruby is 15 and they have spent most of their lives wondering if their mother intended to kill them too.

Tess and her partner Sandy become involved when they are hired as security consultants for Melisandre. It’s not what they do, but it turns out that a reunion with her daughters is not the only idea up her well-tailored sleeve. Tess’ former rowing trainer, Tyner, is a lawyer who regularly hires Tess to do investigative work for him. Tyner is also married to Tess’ aunt Kitty.

Melisandre assumes that she can get Tyner back along with her daughters. They used to be together, once upon a time. She broke it off because, at the time, he didn’t want marriage or children. With Kitty, he’s only changes his mind about the marriage part, but Melisandre is sure she can get him back and on board with any new plans she might have.

She claims to want him back, but whether that’s really true or she’s just looking for more people to use is a bit hard to judge. Melisandre is an impossible person to like, so it is a good thing she isn’t the protagonist. Tess, definitely on that other hand, is a much more likeable person to follow.

The crime that Melisandre committed 12 years ago, her possible motivations and her possible pathology, are fascinating.

But things take a strange turn in the present, as someone is stalking Melisandre with creepy threatening notes, and someone poisons her trainer in an attempt to get to her.

Someone is also stalking Tess, but whatever it is about, it can’t be the same person. Or can it?

In her complete self-absorption, Melisandre doesn’t understand the consequences of her own actions. Her ex-husband is killed after meeting with her, and she is the first, best suspect. After all, she’s killed before. Then she is confronted with the possibility that either or both of her daughters may have followed in mommy’s footsteps. 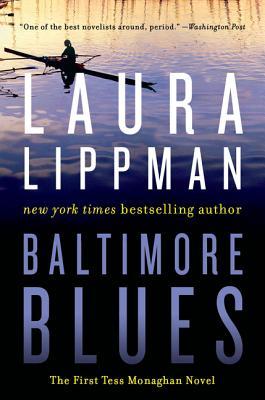 Escape Rating A-: I’ve read the first book in this series, Baltimore Blues (reviewed here) and now the last one. I got so wrapped up in Hush, Hush that I carried it around with me for a day, squeezing in moments where I could read a few more pages.

Now that I’ve seen where Tess ends up, I have to read the books in between. While this book is definitely accessible for people who have not read the rest of Tess’ series, I enjoyed her journey so much that I want to find out how she got to where she is now.

Also, the cases she gets involved in are absolutely fascinating.

During the first half of Hush, Hush it felt like there was a shoe waiting to be dropped. And once it dropped, it thudded and reverberated everywhere.

Melisandre is a woman we love to hate. It’s not just that she uses people, it’s that she doesn’t really see the people she uses as people. She’s the only real person in her world. And she’s a bitch. She compares herself to the evil interpretation of Malificent and thinks that Malificent’s towering evil ambition is “magnificent”.

I think it is also impossible, both for the reader and for the involved characters, not to wonder about what happened when she killed her baby. Was she insane? If so, how is she sane now? Or did she just use her money and her husband’s influence to buy herself a not guilty verdict. Others who have gone that route at least stay in psychiatric hospitals, but Melisandre is completely free.

That Tess is also receiving stalking notes gives them something in common, but at the same time, what is happening to Tess feels real and frightening, where the same event in Melisandre’s life feels like a stunt.

Because it is. But the death of her ex-husband is not a stunt, although Melisandre certainly turns it into one – because that’s how she treats everything.

This is a story where there are no innocents. Everyone who even gets near Melisandre’s case ends up guilty of something. Only little Isadora was immune. Melisandre tarnished everything she touched, and either never realized it or never gave a damn because it wasn’t really about her.

Waiting to see Melisandre finally get her just desserts was suspenseful, and in the end, utterly marvelous.