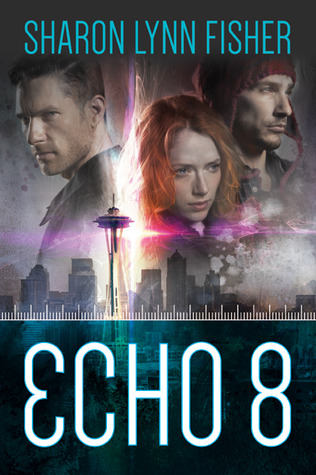 Three lives. Two worlds. One chance to save them all.

As a parapsychologist working for Seattle Psi, Tess has devoted her life to studying psychic phenomena. But when doppelgangers begin appearing from a parallel world that’s been struck by an asteroid, nothing in her training will help her survive what’s to come.

After dislocating to Seattle Psi from the other Earth, Jake is confined by a special task force for study. But when he drains life energy from Tess, almost killing her, it causes a ripple effect across two worlds — and creates a bond neither of them expected.

Ross is an FBI agent ordered to protect Tess while she studies Jake. His assignment is not random — he and Tess have a history, and a connection the Bureau hopes to use to its own advantage. By the time Ross realizes his mission could be compromised, it’s already too late — he’ll have to choose between his love for Tess and his duty to protect the people of his own Earth.

Echo 8 takes place in multiple alternate versions of Seattle, some of them better off than our own, and some much, much worse. But all close analogs. If you have read anything about the parallel universes theory, even fictional versions thereof, you’ll understand exactly what I mean.

The story takes place in a very near future: it’s only 2018 in this world. Which means that it is also an alternate to our own, because the Seattle Center Tower (AKA The Space Needle) has fallen in theirs, and here, it’s still up and very much a landmark of the city. (It’s on everything. I’ve even seen Chocolate Towers) 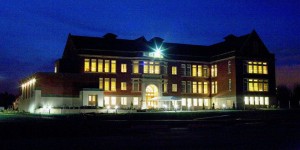 But the former Colman School is a former school in all the ‘verses. In ours, it’s now the Northwest African American Museum. In theirs, it’s the home of the Seattle Psi Institute. And the SPI (cool initialism) is studying a phenomenon called “Echoes”. Echoes are people from a parallel universe who wind up in ours by accident. Part of that accident is that their version of the Earth suffered a huge asteroid strike, and they died. Instead of going wherever it is the dead normally go, they come here. And then they die anyway, cut off from their home universe’s source of energy.

I’m not sure which is scarier – that when they arrive here they are energy vampires, or that no one has tried to talk to one of them to figure out what the hell is going on. But then, the various government security forces are treating these people, the Echoes (also called fades because well, they eventually do) as enemies and security threats. There is a lot of “shoot first and ask questions later” going on. With the added fun factor that sometimes the Echoes are too faded to shoot – the bullets go right through.

Also a bit of “torture first and let them die” going on. The security services are not treating the Echoes as displaced persons – they are just a threat. Admittedly the trail of sucked dry dead bodies they leave in their wake does urge caution.

Only the scientists want to find out the whys and wherefores of the Echoes. They see (sometimes they don’t exactly see) people. Admittedly, people they want to experiment on a bit, but still people.

Tess Caulfield is a psychologist and parapsychologist at the Seattle Psi Institute. And the FBI has brought her an Echo to talk to. The FBI calls him “Echo 8”, because he’s the eighth Echo they have captured. Tess finds out his name is Jake.

Tess and Jake find a way to communicate. He needs energy to survive in our world. She needs answers. And poor Jake, stuck between universes, finally finds someone he can love. But never touch. In her world, he sucks the energy from her every time they are in close proximity. In his world, the shoe is on the other foot and Tess can’t touch him.

But theirs is not the love story that weaves around this book. That is the relationship between Tess and the FBI agent who is assigned as her bodyguard (and minder). Ross McGinnis has talents of his own, talents that he has suppressed. Ross is disillusioned when he discovers that the FBI’s plan is to use him, Tess and the Echoes for missions that Congress would not approve of, missions that will tear the soul out of anyone who performs them.

Tess and Jake go on the run, with disastrous results. Ross sucks it up and does his job, until he
discovers that his career in the FBI is not worth his life, his sanity, or especially his love for Tess. And that the force he signed up with is not the one he is now working for. But before everything can be straightened out, he will have to take a trip to the dark side, of his job, of his soul, and to the other Earth that has been ripped in two.

Whether he can make it back from all that is a big risk – with a big reward if he can figure out his demons. And if Tess can let go of hers.

Escape Rating B+: There was a point about 2/3s of the way through where I almost stopped reading – the story got very dark and it looked like no one was going to get a happy ending out of this one. Or even an ending where someone doesn’t turn completely to the dark side of the Force. (Don’t worry, things do get brighter). I felt for the characters so much that I didn’t want to see anything terrible (or at least terribly permanent) happen to them.

Although Echo 8 is being talked about as a love triangle, it really isn’t. Jake may be what Tess would have chosen if her world hadn’t gone completely off the rails, but it did and he isn’t. And he does seem to be mistaking a bit of his gratitude for love, but Tess is the first person who has cared about him at all in a long time.

Ross is much more of a puzzle. Tess and Ross have a lot of chemistry that both of them are trying to ignore. He distrusts her work – because he’s always had a niggling feeling that his excellent hunches might be more than just hunches. And he doesn’t want to know, because it will change his view of the world.

Ross is very obvious about his skepticism, and Tess is definitely hostile with him. He denigrates her profession at every turn. No one would want to put up with that. She also resents having a bodyguard, and she is sure (correctly) that the FBI’s agenda is not hers, and she doesn’t like the idea of someone she can’t trust watching her every move.

The story surrounds Tess, Ross and Jake, and their collective attempt to find a way not just to communicate with the Echoes, but to work together for the collective good. Jake is initially just selfish, and Ross has very divided loyalties, but they all have to find a way to figure things out. There are a lot more Echoes around our world than anyone guesses, and the count of mysterious dead bodies is climbing everywhere. The security services have kept things under wraps until now, but that can’t last.

We all know of people who seem to suck our energy out of us, but how do you find common ground with someone who literally can – and will die if they don’t? It makes things more interesting (and darker) that one character is a soul sucker of one kind or another whichever world he’s on.

Echo 8 is mostly of the laboratory-type of SF. Tess is a researcher, and the story turns on the number of ways that her research can be subverted, and how badly.

As a former Seattleite, it was also fun to get the science-fictional tour of different versions of the city. I loved the twisted sense of deja vu.