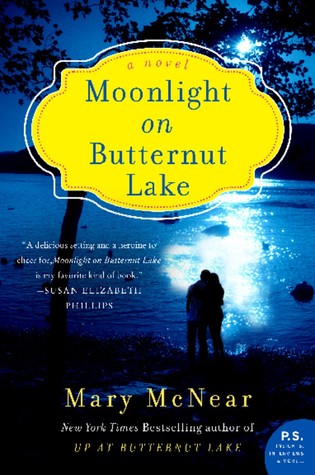 Mila Jones has fled the big city seeking a safe haven on the serene shores of Butternut Lake. Her position looking after Reid Ford is more than a job. It’s a chance at a fresh start. And although her sullen patient does everything he can to make her quit, Mila refuses to give up on him.

But Mila isn’t the only one needing refuge. Haunted by the car accident that nearly killed him, Reid has hidden himself away. He wants Mila to just leave him alone. And he wishes the whole town would stop looking after his well-being.

Against all odds, Mila slowly draws Reid out. Soon they form a tentative, yet increasingly deeper bond with each other, as well as becoming part of the day-to-day fabric of Butternut Lake itself. But the world has a way of intruding, even in such a serene place . . . and when Mila’s violent husband forces his way back into her life, she and Reid are compelled to face down the past. 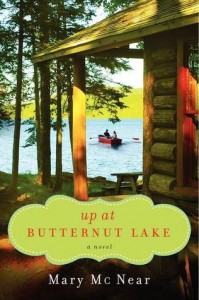 In Butternut Summer (reviewed here), Jack and Caroline get a second chance at their marriage to each other. Jack is finally clean and sober and has grown into the man he should have been.

Now it’s Walker’s brother Reid’s turn. Reid has a second chance at life after a near-fatal car crash. Reid is just at the beginning of his extensive healing process, and is going to have a long and rough row to hoe to get back to health.

But it is early days, and at the moment, Reid is clinically depressed. He’s also being a complete and total jerk. He’s nasty and rude to every single home health aide who comes to stay with him while he’s still wheelchair bound. He’s just plain nasty to everyone near him, and wants to throw all of his care onto his brother Walker’s shoulders. Walker is already stretched thin, he’s covering for Reid in their boatyard business, and Walker and his wife Allie have just had a baby.

Walker and Allie can’t do it all, but Reid doesn’t care about anything except his own misery.

Mila Jones is his last chance to stay out of the rehab institution he hates. And Reid Ford is Mila’s last chance to escape her abusive husband and stay off the grid and out of sight for three months.

Something is bound to go wrong. And eventually it does, but not until Mila has a chance to shake off some of her very necessary fear, and Reid gets his head out of his ass. And those two things are definitely connected.

Mila’s husband is dangerous. Psychotic, possessive, obsessive, abusive. The entire sick package. Mila is right to be scared to death of him, and right to be paranoid about him finding her. Even though she has had help covering her tracks, all it will take is one slip up for him to find her. And we all know it’s going to happen before the end of the story, otherwise Mila will have to run again, and there can’t be a happy ever after in that situation.

But she, and we, need a resolution to her dilemma.

As Mila claws back her self-esteem, she finally gives Reid the comeuppance that he needs to get him living again. She stops taking his BS and tells him just what an asshole he is being to his family and to everyone who tries to help him. Because in spite of his current situation, which is temporary if he does his rehab, he is lucky.

Not just lucky that he survived in a situation that should have killed him, but lucky in that he has family and support and time and money to get back on his feet. All of which are things that a lot of people don’t have, and that Mila has never had.

Reid’s journey out of his darkened, locked room is every bit as slow as Mila’s journey from righteously scared rabbit to a woman who is willing to fight for her right to have a real life.

That they come out of the dark reaching for the light in each other makes for an awesome love story. 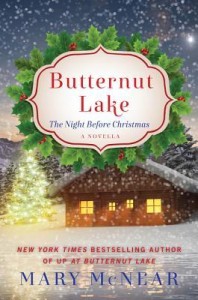 Escape Rating B: I have enjoyed this series tremendously, including Up at Butternut Lake, Butternut Summer, The Night Before Christmas (reviewed here) and now Moonlight on Butternut Lake. It’s not just that the lake is beautiful, but that the fairly remote town is pretty darn marvelous itself, with a great group of people living in it.

While I don’t think it is absolutely necessary to have read the rest of the series before diving into Moonlight, it does make the book that much more enjoyable when you know who all the people are and the struggles that they have overcome to reach their own happy endings.

Mila’s story is heartbreaking. She was exhausted and lonely and became the victim of a predator, because that’s what abusers are, predators. I understood completely why she went to the lengths she did to get away from the man who was killing her by inches.

But we see the story of Mila and Brandon in flashbacks, and I’ll confess that I just didn’t get why Mila married Brandon after the first time he beat her. How she talks herself out of leaving him at that point, and agrees to marry him instead, is not a place I could follow. I will also confess that I’m getting tired of the “abused woman flees stalker and needs man to rescue her” trope. It was done well in this story, but I liked the other stories in this series better because they did not go there.

Having gone there, however, Moonlight on Butternut Lake does a terrific job of showing Mila get past her own past, and come back to life. In that way, her story parallels Reid’s, who also needs to get past not just his accident but his own past traumas, in order to reach towards a new life that is different and hopefully better than the one that was interrupted by his accident.

Their romance was slow and sweet and often tentative, which felt right. Mila is held back, not just because she is still married, but also because she is certain that she can’t stay. And she keeps her secrets until the last possible moment. Without honesty, she and Reid can’t move forward together.

When they finally get there, it is almost, but not quite, too late. The terror that strikes is all the more devastating for having been anticipated through the entire book.

2 thoughts on “Review: Moonlight on Butternut Lake by Mary McNear”