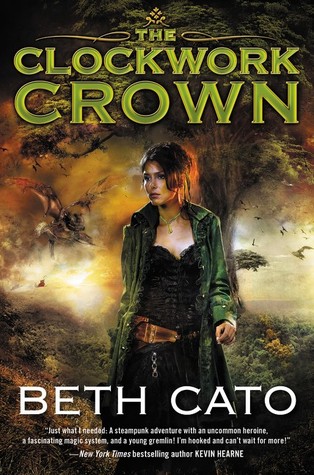 Narrowly surviving assassination and capture, Octavia Leander, a powerful magical healer, is on the run with handsome Alonzo Garrett, the Clockwork Dagger who forfeited his career with the Queen’s secret society of spies and killers—and possibly his life—to save her. Now, they are on a dangerous quest to find safety and answers: Why is Octavia so powerful? Why does she seem to be undergoing a transformation unlike any witnessed for hundreds of years?

The truth may rest with the source of her mysterious healing power—the Lady’s Tree. But the tree lies somewhere in a rough, inhospitable territory known as the Waste. Eons ago, this land was made barren and uninhabitable by an evil spell, until a few hardy souls dared to return over the last century. For years, the Waste has waged a bloody battle against the royal court to win its independence—and they need Octavia’s powers to succeed.

Joined by unlikely allies, including a menagerie of gremlin companions, she must evade killers and Clockwork Daggers on a dangerous journey through a world on the brink of deadly civil war.

In Genesis, there is a famous quote that states, “So God created mankind in his own image…” While many of us might quibble about God as male, and whether mankind is the proper inclusive term for all humans, the essence, either way, is the same.

There is also a competing quote, often mangled, but I’ll use the version from Ludwig Feuerbach, “It is not as in the Bible, that God created man in his own image. But, on the contrary, man created God in his own image.”

For anyone who has read anything of Greek and Roman mythology, that second quote has a ring of truth as well, because their myths certainly reflect a perspective of deities who are all too often all-powerful and continually misbehaving humans.

In The Clockwork Crown, we, along with our heroine Octavia Leander, discover that in her world the second quote is all too true, and in ways that may prove life-altering if not disastrous for Octavia herself. 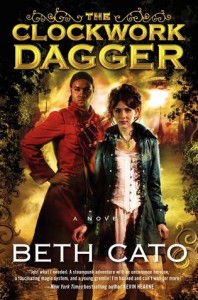 I read Clockwork Crown immediately after finishing The Clockwork Dagger (enthusiastically reviewed here), because it was obvious at that point that Octavia’s adventure wasn’t over, and that things might get pretty dark before all of the issues finally got resolved.

Also, Miss Percival had some redemption coming, and I wasn’t too picky how she got it. The way that particular plot point resolved was awesome. And truly redemptive.

But a lot of Octavia’s story in The Clockwork Crown has an element of “out of the frying pan and into the fire”. Every time she thinks she’s solved one piece of the infernal puzzle, or has earned herself just a tiny break, events go spinning out of her control and she is back in the thick of it again.

There’s a bit of a “Perils of Pauline” aspect, except that Pauline’s perils mostly only affected herself, where the outcome of Octavia’s perils is either going to save or condemn two countries, and possibly the world.

Whether Octavia gets her own happy ending – well that is in the lap of the gods. Or at least one particular god who doesn’t even have a lap.

Escape Rating A: I don’t want to spoil the story, and there are so many possible ways to spoil things.

Everyone who Octavia has met along her journey has a part to play in this epic conclusion. Some of those parts are for good, and some, well, not so much.

Octavia finds out that nothing and no one in her life or history is exactly what she thought. There was a point in the story where I thought it was going to go the way that M.J. Scott’s The Shattered Crown (reviewed at The Book Pushers) or Jeffe Kennedy’s Twelve Kingdoms series (reviews here, here and here) have done. Meaning that the heroine would discover that the roles of good and bad were reversed from the way she had been taught.

The Clockwork Crown does not use that particular out. Admittedly, neither the Caskentians or the Dallowmen, as the Wasters prefer to be called, are particularly admirable by this point in a 50-year war. But neither of them is really evil. They are both corrupt and both exhausted and they both want victory after decades of violence and destruction.

It’s not that they don’t each perform some evil acts, because they both do. But there’s no Sauron and no forces of irredeemable darkness. They’re just people who have been hanging onto the end of their fraying rope for far too long.

There’s also an element in the story that I think of as coming from Battlestar Galactica, but of course this trope has been around forever. “This has all happened before and it will all happen again.” What drives this story is that it has been so long since it happened before, and the secret has been held so close, that no one knows what it means or even what “it” is, until the very end.

A point at which it is almost too late for everyone, especially Octavia. Who still just wants a cottage and a garden and people to help and heal. The only way that her dream has changed is that she now knows she wants Alonzo Garret to share it with her.

But she has to choose between her own dreams and saving the world. The questions are both “should she?” and “does she?” The answer is marvelous. 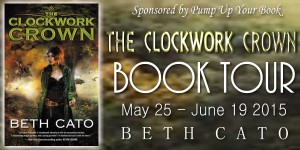