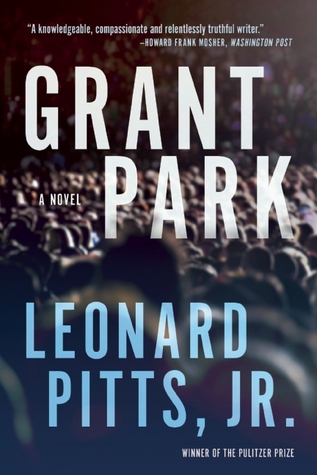 Grant Park is a page-turning and provocative look at black and white relations in contemporary America, blending the absurd and the poignant in a powerfully well-crafted narrative that showcases Pitts's gift for telling emotionally wrenching stories.
Grant Park begins in 1968, with Martin Luther King's final days in Memphis. The story then moves to the eve of the 2008 election, and cuts between the two eras as it unfolds. Disillusioned columnist Malcolm Toussaint, fueled by yet another report of unarmed black men killed by police, hacks into his newspaper's server to post an incendiary column that had been rejected by his editors. Toussaint then disappears, and his longtime editor, Bob Carson, is summarily fired within hours of the column's publication.
While a furious Carson tries to find Toussaint—at the same time dealing with the reappearance of a lost love from his days as a 60s activist—Toussaint is abducted by two improbable but still-dangerous white supremacists plotting to explode a bomb at Obama's planned rally in Grant Park. Toussaint and Carson are forced to remember the choices they made as idealistic, impatient young men, when both their lives were changed profoundly by their work in the civil rights movement.

It’s about hope, and it’s about change. And it’s also about fear. Not just about what you fear, but what everyone else fears about you.

Two men’s careers are at the same crossroads. Malcolm Toussaint, an opinion columnist for the fictional Chicago Post, writes a column that his editor, Ben Carson, believes is too incendiary to publish. After being turned down by every person up the chain of command, in the middle of the night Malcolm uses Ben’s computer and Ben’s password to insert his column into the next morning’s front page.

Malcolm’s column appears on the morning of November 4, 2008. It is Election Day, and Malcolm’s column is a venting of his anger, but mostly his exhaustion. He is tired of all the platitudes that white people use to cover their hidden racism, and he firmly believes that in spite of all the polls, Barack Obama will lose the election because white people will not vote for a black president in the privacy of the voting booth, no matter what they tell pollsters.

He is tired of the countless indignities that have been visited upon him all of his life, and he is overwhelmingly sad that the hopeful future he saw during the protest years of the late 1960’s seems to be dead. He’s pushing 60, and when he looks back at himself in 1968, he sees a young man full of hope that was ultimately defeated.

Malcolm knows that publishing that column will kill his formerly Pulitzer Prize winning career. What he doesn’t know is that his newspaper, failing slowly as all newspapers were failing in 2008, will use his editor Ben Carson as their scapegoat, and fire him too.

When Malcolm disappears on the morning of November 4, Ben Carson finds himself questioning who and what he is. He protested in 1968 too. He marched with Martin Luther King, too, coincidentally at the same march that Malcolm did. But as the scapegoat, Ben is bitter and blames his problems on Malcolm, wondering whether in his blame of the one man, he has become the racist that he always feared lurked under his skin.

As the day progresses, Malcolm and Ben both relive their very separate versions of 1968. A year when Malcolm went back to college at King’s urging, and Ben lost the love of his life over their differint reactions to the color line their relationship had attempted to bridge.

But while they look back, they are sitting in very different positions. Malcolm has been kidnapped by a couple of crazed white supremacists with a big agenda and almost no sense whatsoever. And Ben finds himself pursuing Malcolm and his story, because the woman he loved and lost has returned to him, and been kidnapped by those same crazies.

It’s all supposed to come together, or fall apart, at the Obama victory rally that Malcolm hoped for but never expected to happen and that has captors fear above all else.

Escape Rating A+: This story kept me up all night. Seriously. I read it until I finished and then couldn’t stop thinking about it. I still can’t.

It feels like there are at least three threads moving through this story. One is the current event of 2008. A second is the past, specifically the events leading up to April 4, 1968, when Martin Luther King, Jr. was assassinated in Memphis. And the third is how Malcolm, Ben and even Janeka, the woman who broke Ben’s heart all those years ago, feel and think when they look back and remember.

The kidnapping plot seems insane from beginning to end, at least in practical terms. The kidnappers are not the most ept criminals on the face of the planet, or even in the city of Chicago. However, and it is a huge however, the white supremacist mantras that they spout are very, very frighteningly real. We’ve all heard them, straight out of the conservative corners of the internet and the media. These nuts believe that Blacks, Jews, homosexuals, Muslims, Hispanics and every other group have somehow “stolen” the country from white Christian men like themselves and that they need to rise up in violence to get it back. And they intend to strike the first blow at Obama’s victory rally. They are all the more frightening because they seem all too plausible, even downright possible, in their hate and desperate need to act on that hate.

As the present day events unfold, the Malcolm and Ben look back at their almost-shared past. They are both around 60, they were both college students in 1968, and they are reflecting back on who they were then, what they hoped for, and how different the future is that they got. They also look back at how much more hopeful the world seemed back then. The question is, was it more hopeful because they were young, with their future all before them, or did things really seem more possible than was actually achieved?

This is fiction that feels all too real. I remember that night, watching the election results come in and realize that we as a country had made a step forwards, but also wondering at the time what the backlash would be. We’re living in that backlash now, and it’s ugly. The author hints at the end that the characters fear something like this is coming, even though they can’t see the details from where they are. They just know that this kind of movement forwards never comes without a price.

The story ends with a sense of resigned hope. We have to find a way to make things better for everyone, together, because all of the alternatives are unthinkable. The frightening part, for those reader at least, is that there are some people thinking them. 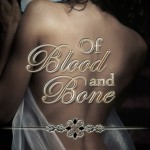