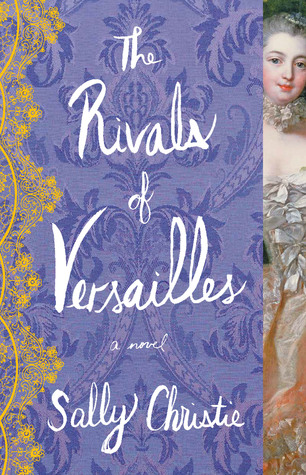 And you thought sisters were a thing to fear. In this compelling follow-up to Sally Christie's clever and absorbing debut, we meet none other than the Marquise de Pompadour, one of the greatest beauties of her generation and the first bourgeois mistress ever to grace the hallowed halls of Versailles.
I write this before her blood is even cold. She is dead, suddenly, from a high fever. The King is inconsolable, but the way is now clear.
The way is now clear.
The year is 1745. Marie-Anne, the youngest of the infamous Nesle sisters and King Louis XV's most beloved mistress, is gone, making room for the next Royal Favorite.
Enter Jeanne-Antoinette Poisson, a stunningly beautiful girl from the middle classes. Fifteen years prior, a fortune teller had mapped out young Jeanne's destiny: she would become the lover of a king and the most powerful woman in the land. Eventually connections, luck, and a little scheming pave her way to Versailles and into the King's arms.
All too soon, conniving politicians and hopeful beauties seek to replace the bourgeois interloper with a more suitable mistress. As Jeanne, now the Marquise de Pompadour, takes on her many rivals - including a lustful lady-in-waiting; a precocious fourteen-year-old prostitute, and even a cousin of the notorious Nesle sisters - she helps the king give himself over to a life of luxury and depravity. Around them, war rages, discontent grows, and France inches ever closer to the Revolution.
Enigmatic beauty, social climber, actress, trendsetter, patron of the arts, spendthrift, whoremonger, friend, lover, foe. History books may say many things about the famous Marquise de Pompadour, but one thing is clear: for almost twenty years, she ruled France and the King's heart.
Told in Christie's witty and modern style, this second book in the Mistresses of Versailles trilogy will delight and entrance fans as it once again brings to life the world of eighteenth century Versailles in all its pride, pestilence and glory.

Age and treachery beat youth and skill, set amid the long, twilight fall of France into the abyss of the Revolution.

Alternate possibility, there’s nothing new under the sun. Especially not Desperate Wives of Wherever and the Kardashians. And isn’t that a frightening thought?

The Rivals of Versailles is the second book in Sally Christie’s Mistresses of Versailles series. All of those titular mistresses were the mistresses, official or otherwise, of Louis XV of France. His predecessor Louis XIV was called “The Sun King” because the power of France was at its height during his rule. His great-grandson, Louis XV squandered all of the goodwill generated by his illustrious fore-bearer, and bequeathed a broke and humbled France to his grandson, Louis XVI. Who in his turn lost his throne and then his head in the Revolution.

But the story in The Rivals of Versailles follows not Louis, but the career of his most famous mistress, Madame de Pompadour. And what a career it was!

During her nearly 20 year reign as Louis’ official mistress, Jeanne Antoinette Poisson served as both Louis’ chief comforter and more importantly, seemingly his chief minister, even after she no longer filled what would otherwise seem to be the most important function of a mistress – she stopped sharing his bed. Instead, she shared his mind, or possibly served as the best part of it, and shared what heart he had left.

This is not a pretty story. Jeanne starts out as a young girl who is told she is destined to catch the eye of the king. Her family grooms her assiduously for the position, and when his favorite mistress, Marie-Anne de Mailly dies, Jeanne’s backers put her in the way of the grieving king.

(The story of Louis’ affairs with Marie-Anne de Mailly and nearly all of her five sisters is told in The Sisters of Versailles, but it is not necessary to read that book to get into this one, the stories are very different) 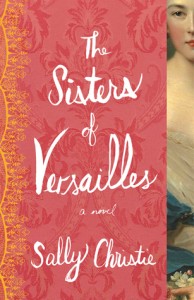 Unlike The Sisters of Versailles, where the five de Mailly sisters squabble over the king and share his bed in turns, The Rivals of Versailles follows de Pompadour and her rivals through the course of her life at court. Even when some younger woman thinks she has a chance to oust de Pompadour, all of their efforts, and the efforts of the various parties who back them, come to naught.

Even as the king sinks further into depravity in his over-indulged middle-age, it is always Madame de Pompadour that he turns to for comfort and counsel. She is the person that he rails to about the demands of Parlement and she is the one he consults on all decisions. It is Madame de Pompadour who fosters the French rapprochement with their old enemies, the Austrians, and it is de Pompadour who helps to determine the terms of the Treaty of Aix-la-Chapelle, which led to France’s involvement in what is known to American history as the French and Indian War, and the loss of all of France’s North American colonies.

Her reach was long, her influence was wide. She was one of the most powerful women of Europe in the 18th century. The Rivals of Versailles is her story.

Escape Rating B: Although the period and setting are just as over-indulgent as The Sisters of Versailles, I found The Rivals of Versailles to be a more accessible book. In Sisters, while survivor Hortense begins and ends the story, the narration moves around among all the de Mailly sisters, and none of them make likeable protagonists.

In The Rivals of Versailles, Madame de Pompadour is the point of view character for most of the story. And even when she is not directly relating the action, she is still a very strong presence. Even the women who are trying to supplant her are forced to reckon with her power over the king.

One thing drove this reader just a bit nuts. The story begins with Jeanne as a young girl, and is from her childish and naive perspective. When she comes to court, we see her mature and harden into the woman who becomes Madame de Pompadour, and it’s a hard and frequently painful journey.

As political factions find young women to supplant her, we see their stories from their perspectives, and they are, to a person, very young, very naive and very selfish. Also in at least one case, uneducated and unintelligent into the bargain. Sometimes it is difficult to read from inside their heads, because there’s just no there, there.

However, one aspect of this progression is sad but also telling. As the king gets older, the women who are procured for him get younger and younger, also stupider and stupider. And the king is constantly indulged while the Revolution seems to literally brew around him. As the story continues, the storm to come feels more and more inevitable.

But what makes this book work better than Sisters is the voice of de Pompadour. She does her best to keep her king happy. And his happiness means that she takes as much of the burden of ruling as she can from behind the throne. She seems to truly love him, and to be truly doing her best to keep him happy, even as the deeds she must commit or at least condone get darker and darker.

This is the sad story of a woman who only wanted to be loved, but discovered that the accumulation power was addicting, and was the only way that she could survive.

2 thoughts on “Review: The Rivals of Versailles by Sally Christie”