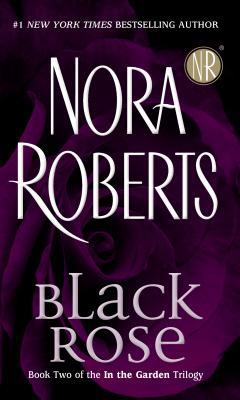 A Harper has always lived at Harper House, the centuries-old mansion just outside of Memphis. And for as long as anyone alive remembers, the ghostly Harper Bride has walked the halls, singing lullabies at night...

At forty-seven, Rosalind Harper is a woman whose experiences have made her strong enough to bend without breaking--and weather any storm. A widow with three grown sons, she survived a disastrous second marriage and built her In The Garden nursery from the ground up. Through the years, In The Garden has become more than just a thriving business--it is a symbol of hope and independence to Roz, and to the two women she shares it with. Newlywed Stella and new mother Hayley are the sisters of her heart, and together the three of them are the future of In The Garden.

But now the future is under attack, and Roz knows they can't fight this battle alone. Hired to investigate Roz's Harper ancestors, Dr. Mitchell Carnegie finds himself just as intrigued with Roz herself. And as they being to unravel the puzzle of the Harper Bride's identity, Roz is shocked to find herself falling for the fascinating genealogist. Now it is a desperate race to discover the truth before the unpredictable apparition lashes out at the one woman who can help her rest in peace... 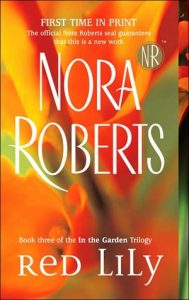 Black Rose picks up right where Blue Dahlia left off (see my review). Stella and Logan are preparing for a wedding, and the Harper Bride is as much a mystery as before. In the prior entry in this trilogy, we were introduced to a professorish fellow named Mitch Carnegie, whom Roz originally hired to do some of the research to figure out who the Harper Bride is. He was such a bit role in Blue Dahlia that I just didn’t see it coming, at first, but he ends up on Roz’s radar pretty quickly. We start to figure out more about the Bride, and we also start to see a blossoming relationship between Roz’s son David, and her distant relation Hayley, our third-woman and presumably the subject of Red Lily.

Mitch is an interesting man; he has a son from a prior relationship, and is a strong enough man to own up (not only to himself, but to Roz and her extended ‘family’) to what he had done to end it, and what he was doing to prevent it happening again. He’s a bit of an anachronism; the forgetful scholar, who is surrounded by books and so engrossed that he forgets to water his plant. He’s not part of the richer social circles that Roz begrudgingly attends to, and he finds seeing the actions of the upper-crust set an interesting study. It’s quickly clear that he dotes on Roz, supportive without asking her to not be the strong woman she is…which is, of course, exactly the kind of man she needs. Roz waffles a bit at first; she’s used to going it alone, and knows she doesn’t *need* a man in her life for it to be fulfilled and successful. But after a while, she decides that she *wants* one–that one. Her ex is in town causing shenanigans, which complicates matters as she deals with him, but she does it capably and in style, which puts Mitch in awe of her (as well it should). Stella and Hayley are amused by the older couple’s relationship, teasing Roz in a private moment: “…we know you had sex. You’ve got that recently waxed and lubed look,” Hayley quips on the morning after. Roz’s son takes note, and goes on his own to make sure that Mitch’s intentions are good.

The Bride begins pushing back harder against Roz as she lets her relationship with Mitch develop. A non-Harper woman in the house getting involved annoyed her, but Roz is a Harper, and the Bride is clearly enraged by the independent Roz’s actions. On several instances, she directly attacks Roz, raising the urgency for dealing with her. Roz is only briefly frightened by her antics; she mostly feels sorry for the poor woman, and promises her that she will find a way to free her. 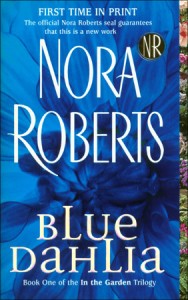 Escape Rating B+: I enjoyed this book, because we continue to see the lives of three interesting women unfolding, and the ongoing ghost story, but to me, Black Rose was not as strong a book as Blue Dahlia. The book had some more fantastically fun Southernisms in it (leading me into giggling fits more than once, as my daughter can attest). The strong spot for me was the way that Roz and Mitch let their relationship happen–two older adults, who figure out what they want, and go there, without a lot of misdirection or beating around the bush about it. As an older woman myself, this approach appeals–I do not have time or energy for the sort of games that happen to the younger set, or the chasing around less-than-savory locations to find Mr. Right.

My problem with the tale, mostly, lies in a weakness of this triple-novel format that Roberts is using here. Since we have three women, we must have three novels. We moved the ghost story plot forward a bit, but some of this story seemed like filler, to set us up for the climax of the trilogy in the next book. I know in my review of Stephanie Bond’s I Think I Love You, I complained that the author was trying to do too much putting all three tales in one book, but it seems to me *almost* the case that Roz’s story could be rolled up into the books on either side of it. It’s an enjoyable read, but it’s a quicker read than Blue Dahlia, and left me feeling like there needed to be more said, more tension, more…something.

One thought on “Guest Review: Black Rose by Nora Roberts”