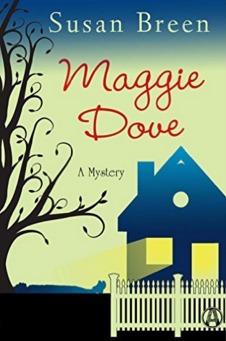 Susan Breen introduces a charming new series heroine in this poignant and absorbing cozy mystery with a bite. Maggie Dove thinks everyone in her small Westchester County community knows everyone else’s secrets. Then murder comes to town.
When Sunday School teacher Maggie Dove finds her hateful next-door neighbor Marcus Bender lying dead under her beloved oak tree—the one he demanded she cut down—she figures the man dropped dead of a mean heart. But Marcus was murdered, and the prime suspect is a young man Maggie loves like a son. Peter Nelson was the worst of Maggie’s Sunday School students; he was also her late daughter’s fiancé, and he’s been a devoted friend to Maggie in the years since her daughter’s death.
Maggie can’t lose Peter, too. So she sets out to find the real murderer. To do that, she must move past the grief that has immobilized her all these years. She must probe the hidden corners of her little village on the Hudson River. And, when another death strikes even closer to home, Maggie must find the courage to defend the people and the town she loves—even if it kills her.

If this cozy mystery were any cozier, it would knit itself a sweater. Or perhaps crochet an afghan. And as much as I occasionally love a good cozy (Marty Wingate’s Potting Shed AND Birds of a Feather series for example) this one just didn’t work for me.

In spite of the contemporary setting, there’s something slightly old-fashioned about both the heroine and the story. Although the story isn’t strictly first person singular, it is definitely written from protagonist Maggie Dove’s point of view. And a lot of the time her point of view is small and self-absorbed.

I don’t mean that Maggie is vain or egotistical. But her daughter died 20 years ago in an automobile accident, and Maggie has isolated herself in her house and her small town and her grief, and hasn’t ever moved on. Neither has her daughter’s boyfriend Peter, who was luckily thrown from that car all those years ago.

Peter is now the Assistant Police Chief, and in very big trouble. First a hated villager dies on Maggie’s lawn. Then a beloved old woman, and Maggie’s best friend, dies in a nursing home, both of the same cause – an overdose of Ecstasy that Peter has easy access to. And a substance that has gotten him in trouble before.

Maggie finally shakes herself out of her 20 year depression in order to prove Peter’s innocence, because he’s too sunk into his own morass of despond to take care of his own business his own self. But then that’s part of what his and Maggie’s functions are in each other’s lives. They take care of each other and they keep the memory of the late, lamented Juliet alive. So that neither of them has to move on.

Until Maggie is forced to make an irrevocable choice – either to surrender to the same forces that brought her best friend down, or to step forward and finally make something of the rest of her life.

Escape Rating C: This book is very slow going, right up until the end, then it’s a race for the finish. It’s also very clearly the setup for a series, as Maggie takes the entire book to make us wallow in her grief and passivity, introduce us to her town and her friends (and frenemies) and finally, finally get up and move on.

Maggie is a terribly nice person, but she also congratulates herself on her niceness just a bit too much, and beats herself up unmercifully when she acts or even merely feels human.

Also, part of Maggie’s persona and her self-judgement revolves around her faith and her attachment to her church and its activities. She’s been a Sunday School teacher there for years, and that has clearly provided a sense of stability and a circle of friends. Her faith is very important to her, and she thinks about it often. So often, in fact, that readers who are not expecting this story to have an inspirational tinge to it may wonder what they have wandered into.

But about the mystery. One of the things that is done well in this story is to peel back all the layers of everyone in this small town. No one is quite what they appear to be, and Maggie has been oblivious to much of what lies beneath the surface for many years. The investigation that she throws herself into is a big and much needed wake up call.

As far as the murderer goes, the author manages to scatter an entire net full of red herrings, and I did nibble at most of them. In the end, I figured out whodunnit right about the same time Maggie did, and only because there were no other suspects left. The author leads us readers on quite the chase. The last 10% wraps things up at a furious pace as Maggie and the reader finally see what has been successfully hiding in plain sight all along. 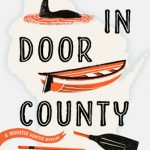 Review: A Death in Door County by Annelise Ryan 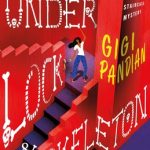 Review: Under Lock and Skeleton Key by Gigi Pandian