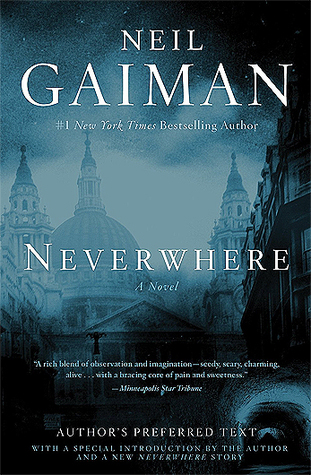 The #1 New York Times bestselling author’s ultimate edition of his wildly successful first novel featuring his “preferred text”—and including the special Neverwhere tale, How the Marquis Got His Coat Back.
Published in 1997, Neil Gaiman’s darkly hypnotic first novel, Neverwhere, heralded the arrival of this major talent and became a touchstone of urban fantasy. Over the years, a number of versions were produced both in the U.S. and the U.K. Now, this author’s preferred edition of his classic novel reconciles these versions and reinstates a number of scenes cut from the original published books.
Neverwhere is the story of Richard Mayhew, a young London businessman with a good heart and an ordinary life, which is changed forever when he is plunged through the cracks of reality into a world of shadows and darkness—the Neverwhere. If he is ever to return to the London Above, Richard must join the battle to save this strange underworld kingdom from the malevolence that means to destroy it 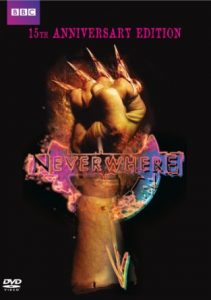 I’m not sure whether I first went to Neverwhere by reading the book or watching the TV miniseries. Needless to say, even though the TV series actually came first, the book is better. And I was thrilled to have the opportunity to reread it for this tour.

Neverwhere is one of those stories that stuck with me long after I read it. I’ve even written about it before. There’s something about Neverwhere, with its concept of London Below, that has always reminded me of Simon R. Green’s Nightside, which also creates an otherworldly version of London that exists alongside and underneath the great city.

But Neverwhere is a different kind of story. It doesn’t have to be set in London Below, although the setting does give its some of its resonance and charm as well as its flights of fancy. Who would have thought there would actually be an Earl at Earl’s Court? On the other hand, why isn’t there? And what if there was?

Neverwhere is the story of what happens to someone who takes the red pill, although in this case it’s not that our hero Richard Mayhew sees the painful truth of reality so much as that he sees that there is a deeper reality lying underneath our own. The humdrum world he comes from is just as real as London Below, but without that red pill, he can’t see it. And unlike takers of the blue pill in The Matrix, when Richard comes back, he still remembers everything. Only to discover that, as Mr. Spock once said, “After a time, you may find that having is not so pleasing a thing after all as wanting. It is not logical, but it is often true.” At the end of his harrowing adventure, Richard Mayhew wants his safe, normal world back. Only to discover that he has changed too much to fit back into the life he once found so satisfying.

The story of Neverwhere is relatively straightforward in its plot, but complex in its setting. Richard Mayhew, a young and somewhat insecure securities analyst in London, rescues a young woman he finds bruised and bleeding on the streets of London.

By rescuing Door, he finds himself outside the life of the normal world, and an unwitting denizen of “London Below”. He is lost and confused and completely out of his depth. All that he knows is that if he is to get his own life back, he must find Door in the confusing maze of the world he never knew was under London, and travel with her, like the Cowardly Lion, the Scarecrow and the Tinman, until he reaches the wizard, in this case the Angel Islington, and he can finally go home.

Just like the journey through Oz, Richard and Door face trials and monsters, and also as in Dorothy’s journey, the angel, just like the wizard, is not what he appears to be. But in this case what they find is not a benign trickster – the angel is the greatest monster of them all. And nothing in the journey turns out to have been quite what it appeared to be.

After passing all his tests, Richard is able to receive what he thinks is the greatest wish of his heart. Only to discover that he has grown too much or too big to be contained in his old life.

Escape Rating A+: The story of Neverwhere was just as magical upon re-reading as it was the first time around. Or even the second, which I think was viewing the TV series. And even though the special effects are often laughable, and some of the horror is reduced by the necessity of filming things that are best left in the imagination, the TV show holds up too. 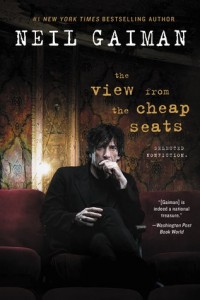 This time, I listened to parts of Neverwhere from an unabridged audiobook recorded by the author. And unlike many authors who read their own works, Gaiman does an excellent job voicing all the characters, to the point where I was still hearing his voice in my head a couple of weeks ago when I was reading The View from the Cheap Seats.

The story here is of a mythic journey, and there are lots of parallels to The Wizard of Oz, a fact which does get lampshaded in Neverwhere. While Richard is journeying to find his way home, he is also taking a trip through a long, dark night of the soul. And as a result, he becomes more than he was.

So many of the characters he meets seem more than a bit odd on first meeting. The Marquis de Carabas is a trickster. He always has his eye on the main chance, and does not suffer fools or incompetents within his orbit. He does not seem to ever warm up to Richard, who he always sees as the ultimate babe in the very deadly woods. But in the end he always keeps his word. And he always collects his debts.

The villains of this piece are Mr. Croup and Mr. Vandemar, and while they often sound incredibly campy, the more they appear in the story the easier it is to see them as creatures that would make the monsters under the bed and in the closet run for cover. (But their scariness works better in print than on the screen, where the reader is able to feel the creepiness rather than see the joke.)

Neverwhere is one of the ultimate urban fantasy wild rides. If you have ever dreamed that there is a beautiful, terrible, magical world existing just out of reach, take your own journey to London Below. And always remember to “mind the gap”.