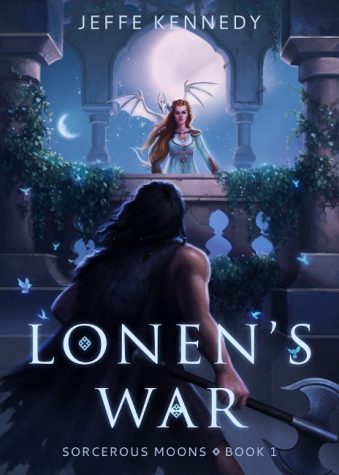 An Unquiet Heart
Alone in her tower, Princess Oria has spent too long studying her people’s barbarian enemies, the Destrye—and neglected the search for calm that will control her magic and release her to society. Her restlessness makes meditation hopeless and her fragility renders human companionship unbearable. Oria is near giving up. Then the Destrye attack, and her people’s lives depend on her handling of their prince…
A Fight Without Hope
When the cornered Destrye decided to strike back, Lonen never thought he’d live through the battle, let alone demand justice as a conqueror. And yet he must keep up his guard against the sorceress who speaks for the city. Oria’s people are devious, her claims of ignorance absurd. The frank honesty her eyes promise could be just one more layer of deception.
A Savage Bargain
Fighting for time and trust, Oria and Lonen have one final sacrifice to choose… before an even greater threat consumes them all.

If you like stories of overlooked princesses coming into their own in spite of withering expectations, you will love Lonen’s War. Likewise if you enjoy epic fantasy with lots of political skullduggery, ( like The Goblin Emperor and Sorcerer to the Crown) because this book certainly fills that bill as well.

And if you are a fan of Jeffe Kennedy’s Twelve Kingdoms series, you are going to absolutely adore this.

The story in Lonen’s War has strong resemblances to the story in The Mark of the Tala, as well as The Queen of the Tearling. In all of these stories, a young woman who has been locked away and denied the knowledge of her birthright finds out everything anyway, and takes somewhat untutored command when events head towards disaster. Also as in The Mark of the Tala, the definition of “barbarian” depends a lot on which side of the conflict you are standing in. If handsome is as handsome does, and barbarism is as barbarian does, the supposedly savage Destrye turn out to be way less barbarous than the supposedly civilized Barans.

No one expects any of these overlooked princesses to succeed. In fact, there are plenty of forces in all three stories who are gleefully counting on failure – and most of them are supposedly on the princess’s side.

The story in Lonen’s War starts out as a conquest story, and ends up as the very beginning of a very necessary (and probably very messessary) political overthrow. The powers that be in Oria’s kingdom of Bara have held unchallenged sway for far too long.

We have a tale of power corrupting, absolute power corrupting absolutely, and all the chickens coming home to roost in the form of vicious monsters who are happy to kill everyone on both sides to get what they believe is their due.

Oria is the princess that everyone tries to forget. She seems to be unable to muster the maturity to grasp the magical power that her people hold. Now in her early 20s, she is a princess-bird in a gilded cage, who must remain in her cage or be overwhelmed by the unmanaged and unmanageable emotions of others.

Oria is thought to be emotionally and psychologically fragile, and is kept physically fragile as well. She is also kept in the dark. She may not be able to master her people’s magic, but her intellect works perfectly well. As she proves when her country is conquered and she is the last member of the royal house still standing.

But the peace that she negotiates with the leader of their conquerors is as fragile as she is, and her power is swept away by law and custom the moment that an alternative ruler is found. It is up to Oria to make common cause with the Barbarian King, Lonen, in order to forge a peace for both their countries, to face an enemy that will destroy them all.

Escape Rating A-: Lonen’s War starts out just a bit slow. It is necessary for the progress of the story to see the way that power is controlled in Bara, and to learn both just how much Oria has been kept in the dark, and how deeply out of touch the powers that be in her country are. But when Oria is essentially gnashing her teeth at everything that is being kept from her, this reader was gnashing right along with her.

All of the problems that occur in this story are problems that the Barans have brought upon themselves. I would say that they may deserve their fate, but it is the people who will die first while the so-called nobility hide behind their walls.

The Barans believed that they could do as they pleased to the rest of their world, because they believed that no one could stop them. And they choose to stop at nothing to stay on top of what turns out to be a rather decaying heap. It is Oria, with her lack of formal training, who is able to think outside of the conventional box and see her people for what they really are.

Although the story is titled Lonen’s War, most of the perspective comes from Oria’s side of the story. Lonen and his people are forced to bring their war to Baran, but it is Oria who helps find a peace that can work for both parties. Unfortunately there are just too many forces arrayed against her among her own people for her way to be easy. Or quick.

One of the constant themes in this story that is both interesting and frustrating centers around the keeping of secrets. Oria is kept in the dark because she is supposedly incapable. And the powers that be do everything in their power to reinforce that assumption. They want a weak and easily manipulated monarch, and Oria is not that.

However, once Oria finally becomes privy to some of those deadly secrets, she in her turn keeps them from Lonen so that he will fall in with her plans. She has the best of intentions, but those secrets are bound to bite them both in the ass in later books. Especially as our heroes are about to enter into a marriage of convenience (and probably a lot of inconvenience) as this book closes. For this political alliance to turn into a real marriage, someone is going to have to eat a lot of crow.

I can hardly wait. Oria’s Gambit is coming next month! 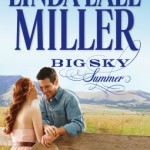 One thought on “Review: Lonen’s War by Jeffe Kennedy”