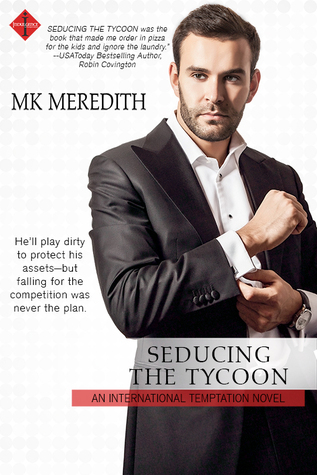 International tycoon Drago De Luca has the world at his feet and he knows it. But back home in Italy, his beloved grandmother's family inn is on the verge of closing down for good, thanks to hotshot American heiress, Chase Huntington, and her new hotel. Drago has to protect Nonna's inn, even if it means getting close enough to Chase to convince her she needs to leave. But the more time he spends with Chase, the more he's drawn to her passion, her love of his culture, and the way she looks in those Louis Vuitton heels.
Chase Huntington would give anything to enjoy her time with charming, sexy-as-hell Drago in the style capital of the world, but she has to make sure the new Huntington hotel opens successfully. How else can she prove she's not just fashionista with a fortune—she’s an heiress savvy enough to take over the family’s biggest hotel back in California? But somewhere between boutiques and business plans, she falls head over Louboutins for Drago. But when Drago's true motive for spending so much time with her comes to light, it could destroy everything Chase built and everything she thought she found in Italy.

Just as the heroine does.

This is the kind of story that always drives me just a bit crazy. The hero is lying to the heroine from the first moment they meet. There’s no misunderstandammit here. The hero begins the story by lying every time he opens his mouth. As the story progresses, he finds himself moving from lying all the time to only lying some of the time to trying to redeem all of the lies he has told before they jump up and bite him in his perfect ass.

Of course he fails. But watching him walk the tightrope and wondering when he’s going to fall off makes for a surprisingly compelling read.

This one has an unusual set up for a “marrying the billionaire” type of romance. Usually in these stories, the hero is rich and the heroine definitely isn’t. But in this particularly twist, no one is crying in their beer. Chase Huntington is every bit as wealthy an heiress, possibly more, as Drago De Luca is a business tycoon. The difference is that she inherited hers, while he made his. But Chase isn’t resting on her well-upholstered laurels. Instead, she has come to Ferrara to open the newest jewel in her family’s crown of upscale, luxury, boutique hotels. She’s been promised that if the Ferrara opening is a success, she’ll be able to secure her dream job of running the company’s Malibu hotel.

Malibu is where Chase’s family and friends are, and she’s ready to give up living out of suitcases and find a place that she can finally call home.

Drago feels duty-bound to spoil her plans, and initially doesn’t care how many of her hopes and dreams he destroys along the way. He comes into the story certain that she is a pampered rich girl who won’t be hurt by his underhanded dealings. Drago’s grandmother owns a beautiful little local inn, and running Nonna’s Inn is Nonna’s livelihood and her life. Huntington Hotels has scheduled the opening of their Ferrara hotel on the same day as Nonna’s re-opening. Drago is certain, and probably correct, that the Huntington Hotel’s publicity barrage will swamp the news, and Nonna’s re-opening will be lost in all the Huntington hoopla.

So Drago sets out to postpone the Huntington Hotel’s opening at all costs. He is certain that he can swoop in and turn “his” town against the American interloper, while sabotaging her workers and her suppliers with threats of retaliation from his many Italian holdings. He manages to step in when Chase’s on-site manager and translator runs off, and gets himself even more involved with Chase’s efforts, and the sabotaging thereof.

What Drago doesn’t count on is Chase’s own charm. Not just her obvious beauty, but the way that she truly does care about her hotel, her staff and the town in which she plans to make her mark. His threats aren’t able to keep the townspeople from falling for the American woman who takes their needs to heart, and he is finally exposed for the scum that he is.

Only to discover that Chase’s warmth and charm have won over more than just the town. And that it is far, far too late to fix what he broke. Or is it?

Escape Rating B: Seducing the Tycoon is charmingly entertaining from beginning to end. It is wonderfully light and fluffy, with a tender heart in the center.

Chase is an easy heroine to like. While she has all the trappings of the rich and beautiful, it’s obvious from the beginning that her heart is in the right place. Her motives for making the Huntington Ferrara hotel a success have nothing to do with “killing” the competition and everything to do with making the hotel “fit” into the town and become a part of it. And her goal is not cutthroat, her goal is to go home. Only to discover that home is not where she thought it was.

One thing that I wish had been explored in more detail is the way that Chase pursues the idea of home because she doesn’t feel that she has one. Her family and friends are in Malibu, and yet her pursuit of that job seems more like it’s where she thinks she ought to be than that she feels the need to be there. Which is why Ferrara is able to pull at her heart.

Drago is not a likable hero. It’s hard to like someone who is lying so much, including, naturally, to himself most of all. His scheme is underhanded from the very beginning, and his Nonna would not approve if she knew about it. In the end, Chase does the right things for the right reasons, and Drago comes off as a heel. Which he should.

We do see more of why on his side. His entire business is based on the ends justifying the means, and he applies those same principles to saving Nonna’s Inn and dealing with Chase. He ends up questioning everything, not just the way he treats Chase, but the way he approaches his business and his family.

With a story like this one, where the hero is very unheroic for most of the story, the satisfaction of the HEA, at least for this reader, revolves around whether the hero grovels enough to justify the heroine taking him back. 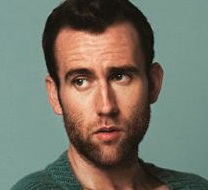 I found it extremely satisfying to watch him squirm. I’ll let you be the judge of whether he squirmed enough.

Reviewer’s note: Every time I looked at the cover of this book, I kept thinking that the cover model looked awfully familiar. I think it’s a very grown-up Neville Longbottom from the Harry Potter movies. I’ll let you be the judge of that, too.

MK and Entangled are giving away a $20 Amazon Gift Card to one lucky entrant on this tour: