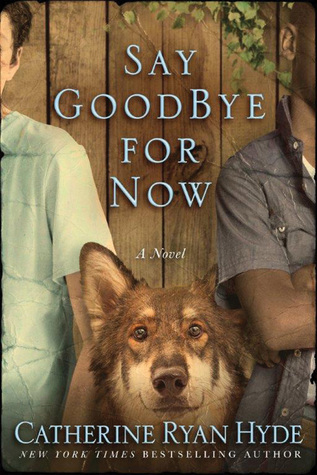 On an isolated Texas ranch, Dr. Lucy cares for abandoned animals. The solitude allows her to avoid the people and places that remind her of the past. Not that any of the townsfolk care. In 1959, no one is interested in a woman doctor. Nor are they welcoming Calvin and Justin Bell, a newly arrived African American father and son.
When Pete Solomon, a neglected twelve-year-old boy, and Justin bring a wounded wolf-dog hybrid to Dr. Lucy, the outcasts soon find refuge in one another. Lucy never thought she’d make connections again, never mind fall in love. Pete never imagined he’d find friends as loyal as Justin and the dog. But these four people aren’t allowed to be friends, much less a family, when the whole town turns violently against them.
With heavy hearts, Dr. Lucy and Pete say goodbye to Calvin and Justin. But through the years they keep hope alive…waiting for the world to catch up with them.

This story quietly drew me in, and then blew me away. It’s slow and sweet and just plain lovely. It’s about the triumph of hope, and it’s about the family you make being stronger and braver and better than the one you are born to.

And it’s also a story whose happy ending flies in the face of racism and sexism and trumpets the hope and joy and triumph of not giving in to either, no matter how much they beat you down along the way.

In 1959, in small-town Texas, there are a whole lot of things that just seem wrong to 21st century eyes. And yet, those are the way things were. And unfortunately in many cases and places, still are.

One of those seemingly immutable laws in that place and time was that the races don’t mix. Not just that it was still very much illegal for a black man and a white woman to marry (or vice versa), but that the innocent pre-teen friendship between a white boy and black one will result in both of them getting beaten. The only difference in those beatings is that the white boy gets beaten by his abusive father, and the black boy gets beaten by white toughs at the instigation of the white boy’s abusive father.

It all starts innocently enough. A boy rescues a dog, left for dead next to the road. But the dog isn’t dead. He also isn’t just a dog. And Pete’s saga to save the dog he names Prince is anything but easy.

Prince is a wolf/dog hybrid. The local vet refuses to treat the animal. And Pete is broke.

There’s a lady doctor out in the sticks, way outside of town. Rumor has it that while she doesn’t like people much, she will take care of wounded animals. So Pete drags the poor wounded dog four miles down the road in his little red wagon, hoping that the doctor will help the poor beast..

Dr. Lucy can’t resist a wounded stray – at least not one with four legs. Or wings. Or whatever. It’s people she’s trying to keep away from. But Pete is just as wounded as Prince, and he somehow worms his way into her heart, just a little bit underneath that frozen layer that protects her from the world.

Then Pete brings Justin, his equally young and even more scared black friend. They’ve both been beaten for being seen walking down the road together. The town wants to enforce that separation of the races at all costs, even if it’s the life of a young boy.

And Justin brings his dad, Calvin Bell, into Dr. Lucy’s life. And that ice dam around her heart is broken irrevocably. But as the town makes increasingly clear, there is no future for any of them in Texas. Justin and Pete can’t be friends, and Calvin and Lucy can’t explore whatever might be developing between them.

Until the world changes. Just enough.

Escape Rating A: Just as Pete and Justin and Calvin sneak their way into Lucy’s heart, this book snuck into mine.

It’s possible that Pete and Lucy are just way ahead of their time. But it feels more as if the point is that racism is taught. Pete just doesn’t take the lesson that his father tries to beat into him. Justin is his best friend, and it doesn’t matter to Pete that he is white and Justin is black. They have found a rare and perfect friendship, and race is a stupid thing to get in its way.

Lucy may or may not have been a woman of her time, but she’s stepped outside her setting in so many ways that falling in love with Calvin doesn’t seem anything but right to her, even though she’s aware that the world around them does see it as extremely wrong. As a woman doctor, she’s faced a different type of prejudice on her own. And the tragedies that led her to her life of isolation have changed her value system. And as a doctor, any society that would beat a child half to death for something so trivial as walking down the road with a friend doesn’t deserve her support. What it gets is her fear.

That they all manage to keep hope alive makes for a beautiful story. The world does change. In 1967, the Supreme Court strikes down all anti-miscegenation laws in the U.S. with their ruling in the case of Loving v. Virginia. It doesn’t mean that Lucy and Calvin will have an easy life together, but it does mean they have a chance at a life together. And that’s what they’ve been waiting for.

If your heart needs warming on a cold winter’s night, read Say Goodbye for Now.

I’m giving away a copy of Say Goodbye for Now to one very lucky US/CAN winner.