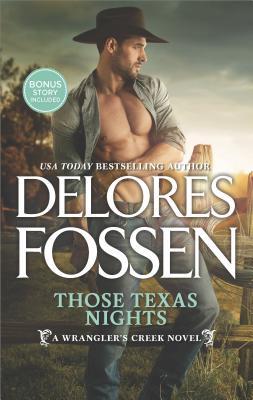 The Granger siblings thought they'd left their ranching days behind, until fate sends them home to Wrangler's Creek, Texas and into the passionate arms of those they'd least expect
It's some run of bad luck when Sophie Granger loses her business and gets left at the altar all in one day. Desperate to not appear jilted, Sophie begs Clay McKinnon, Wrangler's Creek's smoking-hot police chief, to pretend they're having an affair. But Clay refuses, leaving Sophie to retreat to the family ranch to lick her wounds.
Hoping to leave his disreputable past behind, Clay moved to Wrangler's Creek for a fresh start. But that looks unlikely when Sophie's ex-fiance shows up married to Clay's impulsive kid sister. Overcome, Sophie resuggests the affair but this time for real. Clay is hesitant. City-girl Sophie isn't usually his type. But he can't deny the desire she elicits or his yearning to have her plant her cowboy roots for good.

What happens to the bride after she gets left at the altar is an idea that has been done many times before. My most recent encounters with this trope that I can find were in Big Sky Wedding by Linda Lael Miller and The Best Man by Kristan Higgins. The story of how the jilted bride picks up the pieces of her life and manages to move on is one that is always ripe for drama, growth and redemption.

And sometimes more than a bit of melodrama as well. The situation is rife with possibilities for tragicomedy, as long as one is not the jilted bride oneself. And in fiction, she is always better off without the cowardly or asshat (or both) so and so.

So it proves for Sophie Granger. It would have been better all around if Brantley the ball-less wonder (I don’t like him much) had figured out a whole lot sooner that he was in love with someone other than Sophie, his bride-to-be. Especially since that other someone is already just a little bit pregnant with his baby.

But on the day of Sophie’s busted wedding, she has a whole lot of other crap to deal with. Not only is her wedding a bust, but it looks like the family company is too. For the Granger siblings, Sophie and her brothers Garrett and Roman, it looks like Sophie’s romantic woes are the least of their collective troubles.

Their trusted CFO, who is also their godfather, seems to have embezzled pretty much all of the company’s assets, Even worse, because he was apparently dealing with money launderers, the FBI wants its fingers in this pie as well. They have to investigate all the Grangers to make sure that no one was either involved in or profiting from what look like very illegal gains. Which can’t be found.

The company assets are frozen, including all their cars, all their apartments, and all their bank accounts. All that’s left is the quite substantial family ranch that their grandfather used to launch their cowboy outfitting business. Which means they all have to move in together, and with their mother.

Meanwhile, everyone in town has jumped on the “pity poor Sophie” bandwagon, when all she wants is to get on with her life. As soon as she gets most of it back.

But nothing fuels the town’s gossip mill more than Sophie’s choice of whom to get that life back together with. In a series of comic errors, everyone believes that Sophie has taken up with the new police chief. The good news is that Clay McKinnon is single. The bad news is that Sophie’s ex is now playing happy families with Clay’s sister.

Which doesn’t stop either Clay or Sophie from acting on an attraction that is oh-so-bad, but feels oh-so-good.

Escape Rating B: This is a lot of fun. And there’s a lot of small-town drama and small-town characters mixed into the romance in ways that make the reader smile, chuckle and occasionally laugh out loud. To say that Clay and Sophie have a ton of bad luck in their attempts to work their attraction out of their systems without the entire town commenting every step of the way fail miserably is an understatement.

They can’t catch a break, and they can’t manage to stay away from each other. But neither says they want a relationship. Sophie is dealing with too much crap, and Clay is carrying way too much baggage. Which, in the end, doesn’t matter a bit. 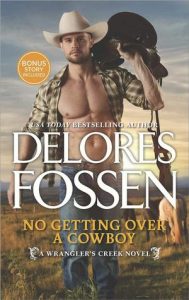 The town has its character, and its characters, both good and bad. The most fun of these is Vita, the local witch and the mother of Sophie’s best friend Mila. Clay’s ranch house is under assault by feral chickens, and a running gag in the story revolves around Vita’s various attempts to end the siege. A second, and even funnier running gag follows Mila’s attempts at a “fantasy date”, which usually end with Sophie and/or Clay witnessing something that they really, really, really wish they could un-see.

One of the less fun characters is unfortunately Sophie’s mother Belle. A little of Belle goes a very long way. She’s mean and bitter, and constantly rags on all her children and everyone in town pretty much all the time. She also doesn’t listen to anyone. Ever. Not seeing someone set her down and give her a piece of their mind left me with a bit of a bitter taste and a lack of resolution. She’s just not a stock character I like to see.
We also don’t get quite as much buildup for the romance as I would have liked. Once they are in, they are both all in, but we don’t really see how they get there. On that other hand, we do see a lot of the relationships that surround them, and with the exception of Sophie’s mother, I want to get to know everyone. There are oodles of fascinating future story possibilities here, just waiting to unfold.

And I’m looking forward to reading them all, starting with No Getting Over a Cowboy early in the spring.

3 thoughts on “Review: Those Texas Nights by Delores Fossen + Giveaway”