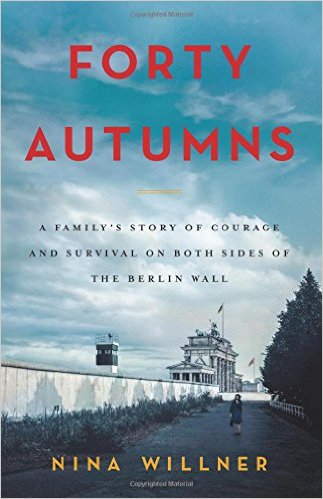 In this illuminating and deeply moving memoir, a former American military intelligence officer goes beyond traditional Cold War espionage tales to tell the true story of her family—of five women separated by the Iron Curtain for more than forty years, and their miraculous reunion after the fall of the Berlin Wall.
Forty Autumns makes visceral the pain and longing of one family forced to live apart in a world divided by two. At twenty, Hanna escaped from East to West Germany. But the price of freedom—leaving behind her parents, eight siblings, and family home—was heartbreaking. Uprooted, Hanna eventually moved to America, where she settled down with her husband and had children of her own.
Growing up near Washington, D.C., Hanna’s daughter, Nina Willner became the first female Army Intelligence Officer to lead sensitive intelligence operations in East Berlin at the height of the Cold War. Though only a few miles separated American Nina and her German relatives—grandmother Oma, Aunt Heidi, and cousin, Cordula, a member of the East German Olympic training team—a bitter political war kept them apart.
In Forty Autumns, Nina recounts her family’s story—five ordinary lives buffeted by circumstances beyond their control. She takes us deep into the tumultuous and terrifying world of East Germany under Communist rule, revealing both the cruel reality her relatives endured and her own experiences as an intelligence officer, running secret operations behind the Berlin Wall that put her life at risk.
A personal look at a tenuous era that divided a city and a nation, and continues to haunt us, Forty Autumns is an intimate and beautifully written story of courage, resilience, and love—of five women whose spirits could not be broken, and who fought to preserve what matters most: family.
Forty Autumns is illustrated with dozens of black-and-white and color photographs.

Forty Autumns is a very personal story. It is one woman’s account of the history of her own family, separated by the Iron Curtain that fell across Europe in general and Germany in particular post-World War II. While it may be possible to generalize from this one woman’s family to the history of East Germany as a Soviet-bloc country and to the circumstances of many families that were kept apart over those forty years, the power in this story comes from that personal touch. We feel for the author, her mother, and her family because it is easy to see ourselves in their shoes. On both sides of that impenetrable wall.

This is a story of courage across generations. It is easy to see the courage of the author’s mother Hanna, a young woman who took her life in her hands and literally ran across the border before it turned into deadly barbed-wire – with gun towers. But there was also courage in staying. Hanna’s mother, Oma, exhibited that kind of courage, as she strove to keep her family together and keep them from turning on each other, as so many families did, during the long dark years when the Secret Police seemed to have a spy in every house and every factory.

And it is, in the end, a story of survival. Because the family, on both sides of that once formidable divide, remained intact in spite of the dictatorial regime’s best and worst efforts. This is their personal story of that long, twilight struggle. And it’s marvelous.

Reality Rating A: Forty Autumns turned out to be a book that I just plain liked. I fell into the author’s story, and found myself picking it up at odd moments and sticking with it at points where I only intended to read a chapter, which turned into two, then three, without my being aware of it. The prose is spare, and it simply works, even though I’m having a difficult time articulating exactly why.

Forty Autumns also reminds me of two books I read recently. The history it contains reads like a nonfictional account of the history that is also covered by the marvelous, but fictional, On the Sickle’s Edge. Both are stories about families that are separated by the Soviet regime, and detail the ways that those trapped behind the Iron Curtain manage to survive even the harshest repression with just a little bit of hope.

It also touches a bit on the history in Sons and Soldiers. It felt obvious, at least to this reader, that the American G.I. that Hanna marries, the author’s father, was one of the “Richter Boys” whose history is outlined in that book.

This is very much a story about women – their courage, their tenacity, their perseverance. In this family, it is the women who cling to love and hope when all seems lost, as it so often does. This is a story that takes the political and makes it compellingly personal. Through the author’s story of her family, we get a glimmer of understanding of what life was like during those very dark years.

Part of what made this so readable is the way that the author managed to bring out the experiences of both sides of this struggle. So often, this kind of story is told only from the perspective of those who made it out, while those who were left behind recede into the shadows.

That is not the case here. Instead, we see Hanna’s struggle to make a place and a life for herself alone in the west, while the family she left behind struggles equally if differently to survive repression and stay together, with the State always looking over their shoulders, not just because that’s the way it was, but especially because Hanna’s defection left the rest of her family under a life-long cloud.

I found this story to be eminently readable. The author’s prose is spare, but she does a terrific job of telling the story without inserting additional drama or melodrama. There was plenty of both without needing to manufacture any!

In the end, the reader feels for this family, and joins in their triumphant celebration that they made it through, and were reunited at last. 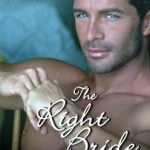