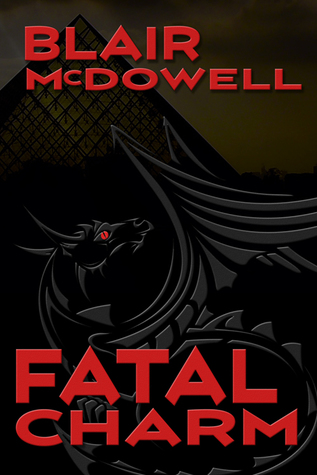 A perilous scheme to thwart ruthless adversaries hurtles successful young jewelry designer Caitlin Abernathy from her comfortable California studio to the streets of Paris and the beaches of Brittany as she attempts to return a priceless stolen heirloom to the Louvre.

Colin Stryker, the devastatingly handsome history professor from Ireland who has appointed himself her protector, fights to rescue her before her captors add murder to their crimes, while at the same time unraveling the torturous train of events that led to the original theft.

With every moment fraught with danger, can the chemistry already sizzling between the two ignite into passion?

Like all of Blair McDowell’s marvelous books, Fatal Charm is a non-stop romantic suspense thrill ride from beginning to end. And in addition to the edge-of-your-seat danger that the heroine is dropped into, we have an enchanting love story as well as a great story about the depths of friendship and just how terrific the love of a family-of-choice can be.

Jewelry designer Caitlin Abernathy is thrown into a boiling hot mess at the beginning of this story, and doesn’t manage to climb out until the very, very end. And the reader is right in the pot with her the whole time.

Her ex turns up dead. Except he’s not really her ex – not because they never broke it off, as seems usual in this kind of story, but because they never seem to have gotten it on in the first place. Allen Thompson was a friend who seemed to want to be more than that, but Caitlyn just never felt any spark.

Not getting any more deeply involved with Allen was possibly the wisest thing she’s ever done. Which doesn’t stop the man from landing her in the soup as he dies. At which point, Caitlin discovers not just that he’s left her with an epic mess, but also that nothing the man ever told her seems to have had much bearing on the truth.

Caitlin thought Allen was an accountant. From Canada. When in fact, he was a high-end thief, a very wanted man on the run, and from France. And those lies are only the beginning.

Allen left Cait with a very hot piece of jewelry, hidden among her samples and uncut stone. It’s a dragon. And everyone who has ever possessed the thing seems to have found themselves in a whole mess of fiery trouble – ending with Allen and Caitlin and beginning with Marie Antoinette. Allen, really Alain, stole the pretty little firebreather from the Louvre, and it’s been nothing but trouble before and since.

When two mysterious and nasty men steal first Caitlin’s sample case, then break into both her shop and her house, her defenders rally round and the mystery begins to unravel. It’s certainly unraveling Cait, while ravelling both her assistant Aristotle Jones and his professor Colin Stryker into the web.

Aristotle and Cait have been friends for five years. In spite of completely different origins, coming from entirely different places, Aristotle and Cait have become a family of choice. There is never any hint of romance, and there never was and never will be. They are brother-and-sister. But Aristotle is currently a doctoral candidate at Berkeley, and when he brings his mentor Colin Stryker to Cait to see if they can figure out what is going on with the little dragon, well, Colin’s feelings for Cait are anything but brotherly.

Still, both Aristotle and Colin close ranks firmly around Cait as they figure out where the dragon came from, what it is, how it ended up being Cait’s problem, and what they should collectively do about the deadly and disastrous little creature.

All the while dodging two increasingly desperate villains who are determined to get the dragon back and get revenge on anyone who keeps it from them, at any cost.

Escape Rating A-: Just as with all of this author’s work, Fatal Charm kept me going back to its mystery and adventure all day long, until I finally gave in and just finished it. I started at lunch and in spite of work and other annoying interventions, couldn’t stop myself from turning the last page after midnight. I just had to see how it all turned out.

The romantic part of this romantic suspense is both simple and complicated. On the simple side, it’s pretty clear that Colin and Cait fall for each other the minute they meet. On the complicated side, they both resist the pull, and for good and sensible reasons. Colin’s last attempt at real romance went down in flames. Cait, while she managed not to “settle” for Allen, is still left not trusting her own instincts. She never even suspected that he lied about EVERYTHING.

And there are plenty of more mundane factors keeping them apart as well. Colin is nearly 40, and worried that he’s a bit too old for the 20something Cait. But more than that, there’s a geography problem. Colin is only a visiting professor at Berkeley – his home is in Ireland. Cait’s life, reputation and means of making a living, work that she loves, are all in California. Neither of them really believes a long-distance relationship can work, even if they survive the current mess they’ve landed in.

That mess provides the suspense angle for this story, and it’s a pot that keeps boiling from the very beginning until the almost bitter end. The brooch unravels secrets on multiple continents, revealing truths and lies about people that Colin has loved and trusted for decades. In order to solve the mystery, he’ll have to believe that some of his dearest friends have been lying to him, just as Cait discovered that Allen was lying to her.

The danger never lets up, and overtakes them all more than once. But in the end, those tasty just desserts are passed around to those who deserve them, and our heroes finally figure out what might be their best chance at a happy ending. If only they can manage to grab it. 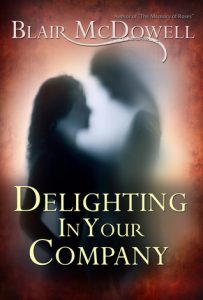 If you love well-crafted romantic suspense where the mystery is every bit as mysterious as the romance is romantic, check out Blair McDowell’s work. I found her through a book tour five years ago, and she is one of my happiest discoveries. From the very first book, Delighting in Your Company, she’s kept me enthralled every single time. My only disappointment is that she takes time writing and researching her books (which is a good thing!) so that I only get one of her gems per year. A treat every single time. 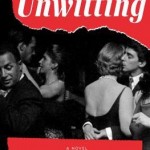 Review: The Unwitting by Ellen Feldman 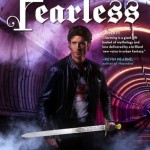 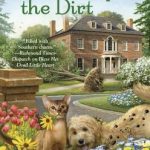